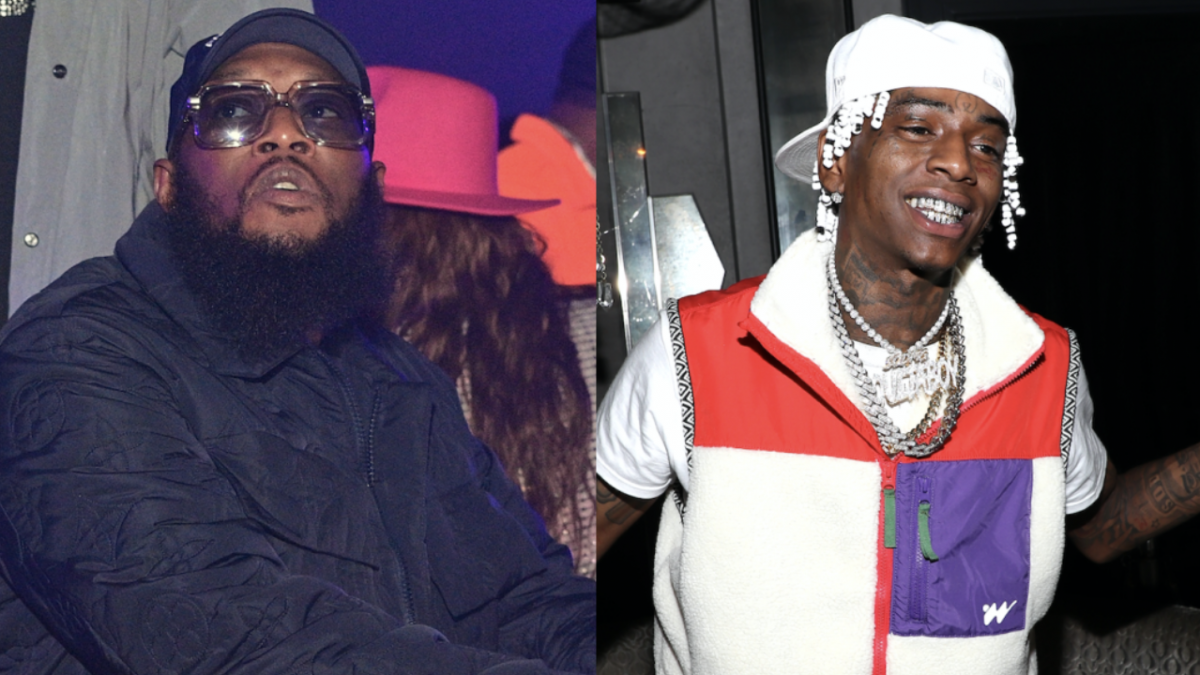 “I don’t even got no beard,” Big Draco responded with a laugh. “Turn up! He the first. Y’all know what the fuck going on, we on set, man.”

The Philly native looks to manage an artist by the name of Cartier Yung and they’ve enlisted Soulja Boy to hop on a record titled “Baggatarius,” which should arrive soon with a flossy accompanying visual.

Akademiks reposted the hilarious diamond beard exchange and Soulja Boy is letting Freeway take the win where he commented another series of laughing emojis on the video.

Fans are still waiting for Soulja Boy to respond to another “rapper first” claim with PnB Rock showing off a gold-plated bird pendant while saying he’s got the biggest chain in the game right now.

PnB Rock says he has the biggest chain in the game 👀 pic.twitter.com/TVtvXhInYm

“Soulja Boy, what’s up, man?” Rock said. “I’m the first n-gga that came — this one of your auntie’s muthafuckin’ ornaments on the counter, n-gga. Big drip.”

Look for PnB Rock’s 2 Get You Through the Rain EP arriving on Friday (December 9) with features from Lil Baby, Young Thug and DJ Luke Nasty.