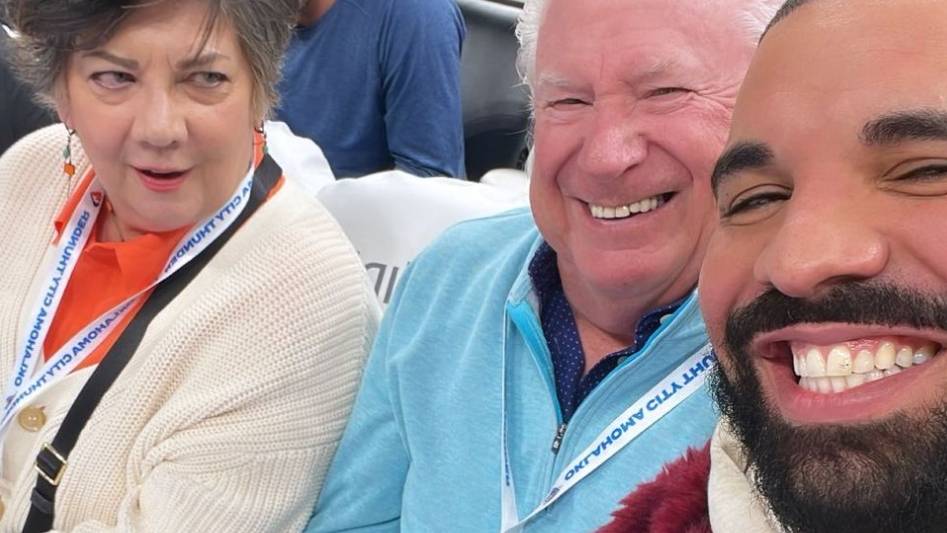 Oklahoma City, OK – Drake is undeniably one of the most famous pop stars in the world, and it’s hard to fathom someone not recognizing his face. But apparently, that’s what happened to the OVO Sound boss as he was sitting courtside at the Houston Rockets vs. Oklahoma Thunder game on Wednesday night (December 1).

As Drake was seated in the front row next to an older couple, the gentleman seemed to ask if he was “someone of importance,” according to TMZ. Drake had a good chuckle and had the camera come in for a close-up. The 35-year-old even posed for a selfie with the couple and shared it to his Instagram Stories with the caption, “My new parents.”

Drake is a mainstay at NBA basketball games, especially when it comes to his beloved Toronto Raptors, members of the league’s Eastern Conference Atlantic Division. But Drake’s presence has also caused some trouble on the court.

In October, as the Toronto Raptors opened the 2021-22 NBA season against the Washington Wizards, Washington center Montrezl Harrell and Drake exchanged a few words, enough for the referee to give Harrell a technical foul. But Drake evidently found the humor in it as Harrell pleaded with the referee, smiling ear-to-ear as he watched.

Drake also earned University of Kentucky point guard Tyler Ulis a Level III violation in 2016 when he invited the NCAA player to a quick meet-and-greet. Ulis snapped a photo with the 6 God and shared it to Instagram, which was enough to violate the team’s policy.

Just a year prior, Drake attended a Big Blue Madness event and posed for pictures with Kentucky players and even some recruits, which prompted the university’s compliance office to send Drake a cease-and-desist letter.

But Drake’s interaction with the older couple didn’t cause any harm and, in fact, likely made their day.