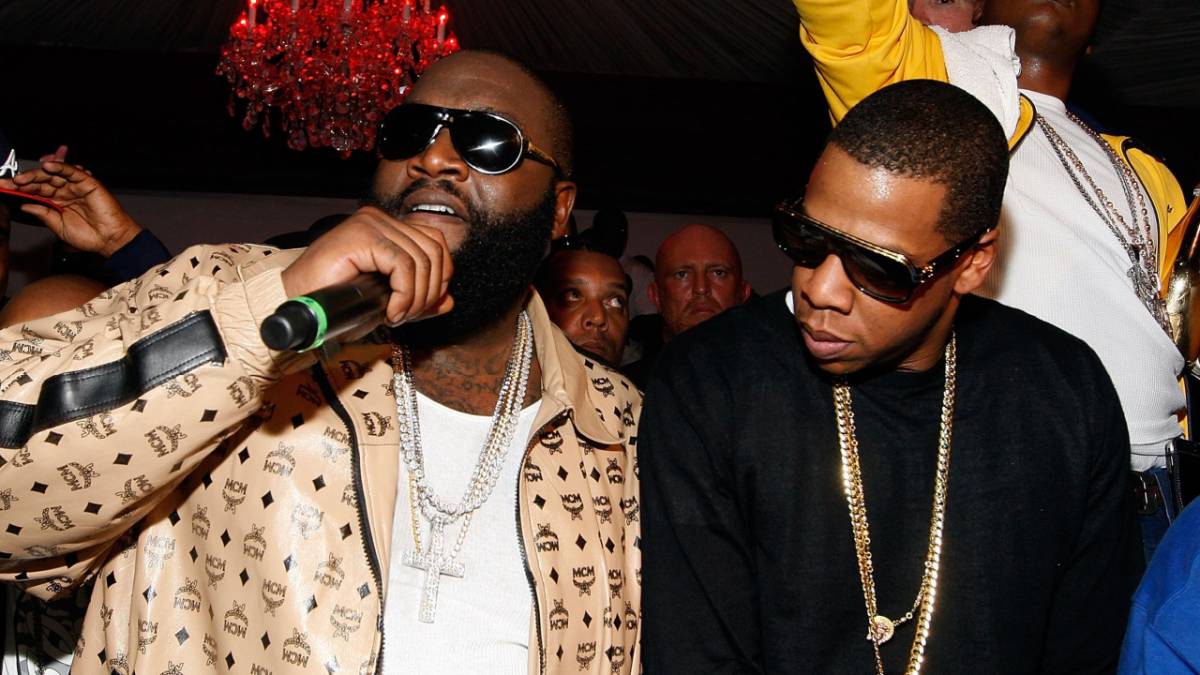 Released in March 2006, “Hustlin'” put Rick Ross on the map. The larger-than-life street anthem cracked the Billboard Hot 100 while pushing his debut album Port of Miami — which arrived later that year — to the top of the Billboard 200.

“Hustlin'” didn’t just flood the streets in Rozay’s native M.I.Yayo, though. The underground hit made it all the way to Brooklyn, where it captured the attention of one of Hip Hop’s finest hustlers, JAY-Z. In fact, Hov was “mesmerized” by the song, according to former NBA pro Jamal Crawford.

During a recent appearance on fellow NBA retirees Matt Barnes and Stephen Jackson’s All The Smoke podcast, Crawford recalled going to dinner with JAY-Z during his time on the New York Knicks in the mid 2000s and observing his reaction to Rick Ross’ hustler’s anthem.

“JAY-Z, I remember we went to eat after a game, and he was playing Rick Ross … ‘Everyday I’m Hustlin,'” he remembered. “And Jay was mesmerized by the song. He was like, ‘Whip it, whip it real hard!’ He kept saying that part, he loved it. And that was my introduction to Rick Ross, through JAY-Z. Ross has never heard that story.”

The buzz surrounding “Hustlin'” lead to JAY-Z — who was the president and CEO of Def Jam at the time — signing Rick Ross to the historic Hip Hop label following a bidding war that also included Diddy’s Bad Boy Records and Irv Gotti’s Murder Inc.

“We’re shooting [the ‘Hustlin’ music] video right now, and that’s an urgent project for us,” JAY-Z told MTV in March 2006. “We need that one. We have a wide range of music [at Island Def Jam], everything from Fall Out Boy to The Killers to Rihanna. I just want everybody to know that we are still in the rap business.”

Of course, JAY-Z’s love affair with “Hustlin'” didn’t end there. He also joined Rick Ross on the official remix alongside fellow Def Jam signee and coke rap connoisseur Jeezy (who at that time was still going by Young Jeezy).

While Jamal Crawford credits JAY-Z with introducing him to Rick Ross, it was actually Memphis Bleek who put the future Maybach Music Group mogul on Hov’s radar.

“[Memphis] Bleek actually told me about him first,” Jay told MTV. “Bleek went down to Miami, and he told me that dude was nice. [Ross] fell off the radar for a while, then he popped back up with this record ‘Hustlin.’ He had this record poppin’ in Miami, and I was like, ‘Oh, that’s the kid!'”

During his All The Smoke interview, Jamal Crawford delved deeper into his relationship with JAY-Z. He revealed the two became friends after Hov recruited him to play for his team in the Entertainer’s Basketball Classic tournament at New York’s iconic Rucker Park in 2003.

From there, the Roc-A-Fella co-founder would hook J Crossover up with gear from his collaboration with Reebok, including his S. Carter shoes that the former Chicago Bulls guard rocked on the court. “I played well and I kept wearing them and that relationship really grew,” he said.