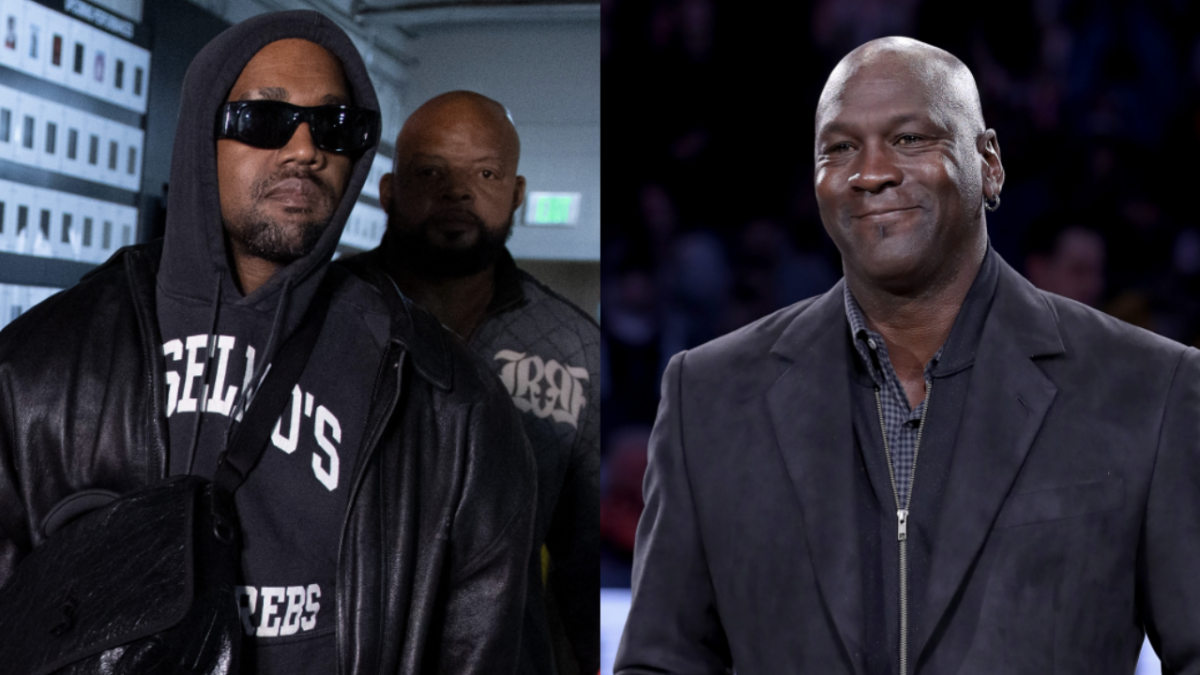 Part two of Kanye West’s explosive Drink Champs interview arrived on Thursday night (November 11) with over another hour of conversation. N.O.R.E. gave Ye his flowers as a modern-day Walt Disney and complimented how the Yeezy sneakers have a stranglehold on the culture.

However, when N.O.R.E. brought up Kanye’s “Yeezy just jumped over Jumpan” line from 2015’s “Facts,” the sneaker mogul revealed Michael Jordan is still mad at him over the song.

“[Michael] Jordan still won’t meet with me,” he proclaimed around the 32-minute mark. “I’m trying to meet with Michael Jordan. I’m like, ‘It’s a song, man.’ Michael Jordan said this thing like, ‘Why y’all acting like Virgil [Abloh] made me hot? These shoes is hot.'”

Kanye worked with Nike to craft the Air Yeezy which first dropped in 2009 and then the follow-up Nike Air Yeezy II model arrived in 2012 in two colorways. But the relationship soured and Kanye officially left Nike for Adidas in late 2013.

“Nike ain’t really have shit since the Yeezy’s but they could get it back,” he said. “There was a period when I couldn’t get no traction. I was Nike and Drake was the Yeezy of rap. Now with Donda, we’re starting to get some traction back.”

N.O.R.E. then questioned why Kanye has been spotted wearing Nike socks in recent months despite his partnership with Adidas, but the Chicago billionaire explained he’s not a slave to the German sportswear giant.

“I’m wearing them because I’m not no slave to them. This my partner. Tell me this, Adidas could sign Pharrell, Drake or Pusha, but I can’t wear Nike? That’s pretty one-sided.”

Kanye West previously apologized to Michael Jordan for his “Jumpman” line in 2016 and clarified it was instead directed at Nike’s former CEO Mark Parker.

“I’m sorry Michael Jordan I love and respect you,” he tweeted. “My beef was with Mark Parker. I respect you so much!”

@kanyewest apology to MJ in 2016 pic.twitter.com/7tMIC0y0dq