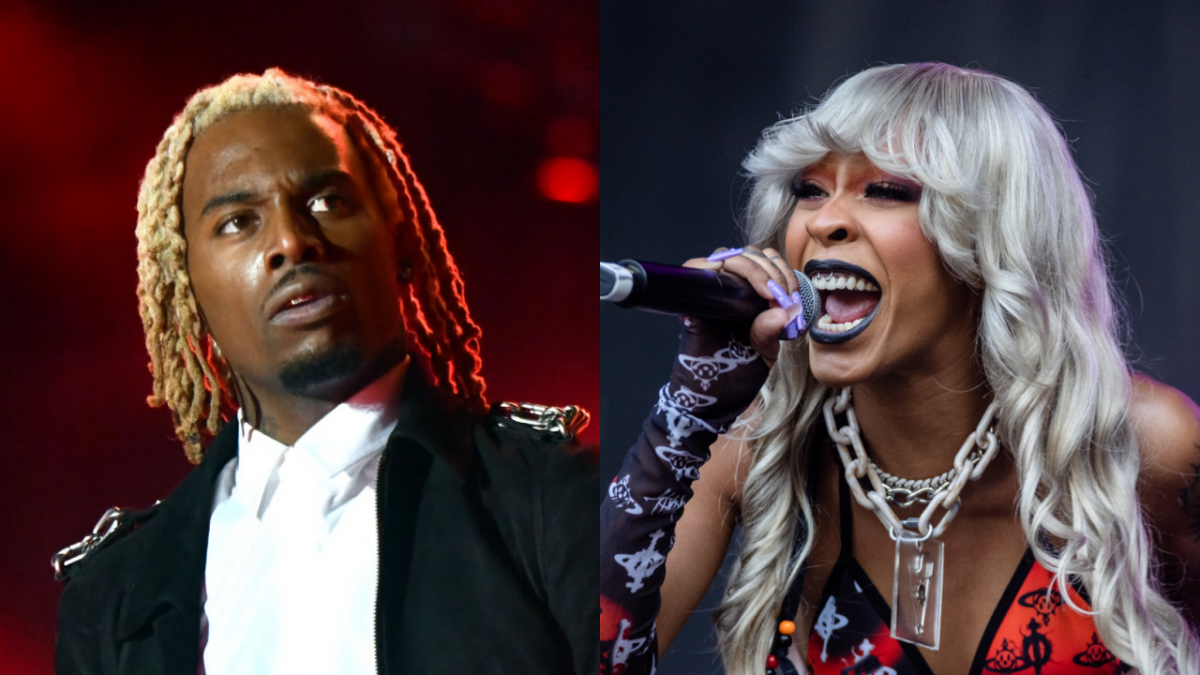 Rico Nasty received a less-than-warm reception while opening for Playboi Carti on his King Vamp tour (formerly known as the Narcissist tour) recently — and she didn’t hold back in her response.

While warming up the crowd at The Forum in Los Angeles on Saturday (November 6), the DMV punk-rap princess got booed by the Playboi Carti faithful, who either weren’t feeling Rico’s music or were too impatient to wait to see Carti perform.

Rather than walking off the stage with her tail between her legs, though, the “Smack a Bitch” rapper stayed true to her feisty personality and let the crowd know exactly how she felt about the reception.’

“This is what the fuck we gon’ do for you disrespectful muthafuckers out there,” she said. “Bitch, we gon’ sit in muthafuckin silence! Don’t you fucking play! What you think this is, bitch? It’s not that.”

they was booing my Rico man ? pic.twitter.com/03OGCPn7Ei

As the crowd began to chant Carti’s name, Rico responded, “This is fucking lame. He doesn’t even know you guys,” while throwing up her middle fingers.

But Rico Nasty didn’t stop there. The following day, she jumped on Twitter and continued to clap back at Playboi Carti’s fans, calling them an “anti black ass crowd” and “weak ass little boys wit blonde pubes.”

When a fan responded by tweeting back, “We’re not anti black, we just want to see Carti and [other King Vamp tour opener] Ken Car$on more than you,” Rico replied, “Those n-ggas would spit on u irl. it’s pathetic.”

The Nightmare Vacation rapper had no qualms about standing behind her statements, writing, “Yeah I said it. Not deleting shit. Try me again. I a fly off the stage and possess u.” True to her word, her tweets remain up.

Y’all mothers should have swallowed you little pissy frogs

Yeah I said it .
Not deleting shit . Try me again . I a fly off the stage and possess u .

Those niggas would spit on u irl ? it’s pathetic https://t.co/h76sfsuSJm

The negative reception to Rico Nasty came as a surprise to some fans, with one Twitter user pointing out that her high-energy music and stage presence should be a no-brainer for Playboi Carti’s fanbase.

“Unfortunately the majority of Carti’s fans are teenage white boys who hate and/or don’t talk to women,” they wrote.

Playboi Carti’s King Vamp sets, meanwhile, have been getting a drastically different response, with various clips on social media showing fans turning up, balancing upside down in mosh pits and even venue security guards struggling to contain their fandom.

Carti’s concert in Houston last month even got canceled after fans wreaked havoc trying to enter the arena. The King Vamp tour rolls through San Francisco on Thursday night (November 11) and runs until December 23, when it wraps up in Carti’s hometown of Atlanta.

People were legit transcending at the Playboi Carti show pic.twitter.com/6yFNLbQfTg