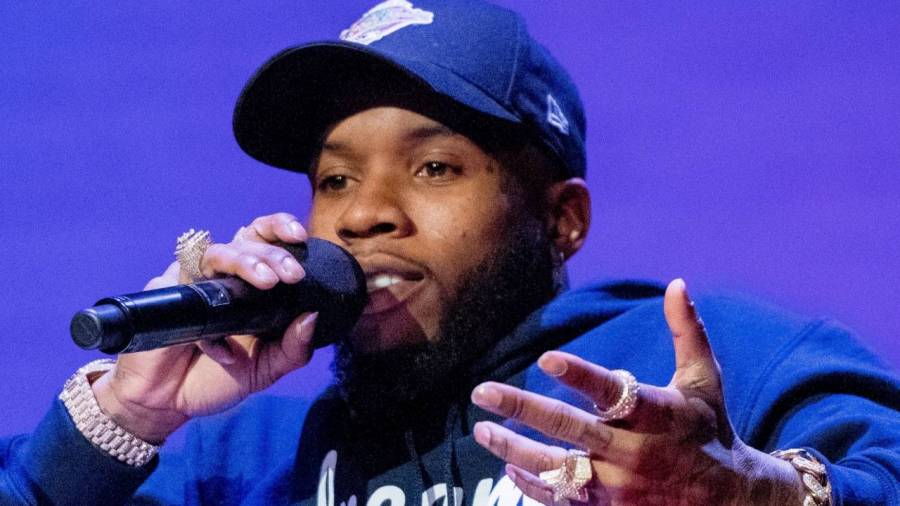 The saga of Tory Lanez and Megan Thee Stallion has been ongoing since July 2020 when the “Hot Girl” rapper was shot in both feet following a party in the Hollywood Hills. After weeks of silence, she eventually pointed the finger at Lanez and he was  charged with felony assault.

While the COVID-19 pandemic has slowed down the legal process, there was finally some movement in the case earlier this week. But according to Lanez, the media has misconstrued some of the facts.

On Thursday morning (November 4), the Canadian rapper responded to a tweet from XXL that claimed he was “unable” to reach a plea deal in the case, but Lanez says he’s the one who decided not to agree to whatever the prosecutors put on the table.

“The wording of this is amazingly inaccurate,” he wrote. “I wasn’t ‘UNABLE’ to do anything. They offered what they offered so I wouldn’t goto TRIAL and I DECLINED. It’s very simple … and no I will not be giving any live testimony please report real news and accurate facts . ciao.”

Meanwhile, Lanez has been ordered to appear in person for this hearing, which will likely involve witness testimony from those connected to the incident. Megan Thee Stallion has had a protective order in place for months, but Lanez violated the order in July when he showed up at Rolling Loud Miami moments after Megan left the stage.

Consequently, his bail amount was increased from $190,000 to $250,000. The judge also forbade Lanez from attending any events where Megan might be and said if it happened again, he’d be back in jail.

Lanez has maintained his innocence over the last 16 months. In November 2020, he pleaded not guilty to a pair of felony assault charges including assault with a semi-automatic firearm and carrying a loaded, unregistered firearm in his vehicle.

In a follow-up tweet, the 29-year-old said he’s on a better path now and just wants to be left alone.

“Truly been staying out the way and becoming more of a positive person to myself and others,” he wrote. “allow me to continue. That’s all I ask.”

Truly been staying out the way and becoming more of a positive person to myself and others …. allow me to continue. That’s all I ask