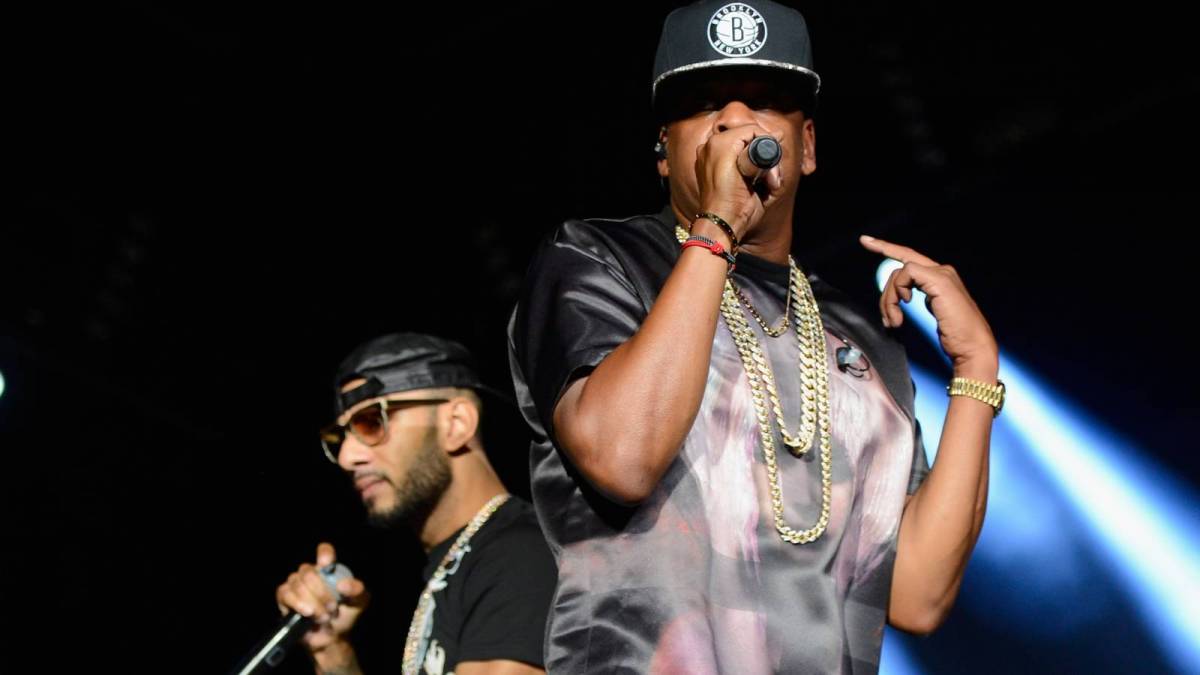 JAY-Z was inducted into the Rock and Roll Hall of Fame at the Rocket Mortgage Field House in Cleveland, Ohio on Saturday night (October 30) alongside LL COOL J, Kraftwerk, Tina Turner, The Go-Gos and several other music legends.

Veteran producer Swizz Beatz, who has worked with Hov since at least 1999 when he dropped “Money Cash Hoes” featuring the late DMX, was understandably proud of his longtime collaborator. Shortly after the induction ceremony wrapped, the Verzuz co-mastermind shared a series of photos to his Instagram account, capturing his relationship with JAY-Z over the years.

At the same time, he credited the Hip Hop billionaire for launching his career when he was just a wide-eyed teen.

“This brother gave me a shot at 18 to work with him,” he wrote in the caption. “Since then we’ve made endless anthems plus a Grammy. But also since then my brother became a true Black Rockstar. Congrats on being inducted into the #rocknrollhalloffame. Brooklyn y’all did it. I’m so proud to see this growth and achievement this levels up the entire culture. Congrats Shawn Carter the Great.”

The Rock and Roll Hall of Fame induction ceremony was a star-studded affair.

Surprise appearances included comedian Dave Chappelle, Eminem and Jennifer Lopez, while Taylor Swift, LL COOL J, Carole King, Jennifer Hudson, Christina Aguilera and the Go-Go’s provided some live entertainment. Even The Beatles’ Paul McCartney was caught off guard by all of the powerful players in the room.

“Rock and roll is a magical thing that contains so many elements,” he told the capacity crowd. “It’s like all of the people we’ve heard tonight. I mean, it’s just unbelievable. I feel super privileged to be here.”

JAY-Z delivered an impactful acceptance speech as well, telling the audience what a profound effect predecessors such as LL COOL J had on him.

“I would watch these guys, and you know they had big rope chains, and they wore leather, and sometimes even the red-black-green medallions, and whatever they wore, everybody would wear the next day,” he said. “And I was like, ‘That’s what I want to do. I want to be like those guys.’ And so I set out on my journey, writing at my table — shout out to Dr. Gloria Carter in the house, she bought me the green notebook.”