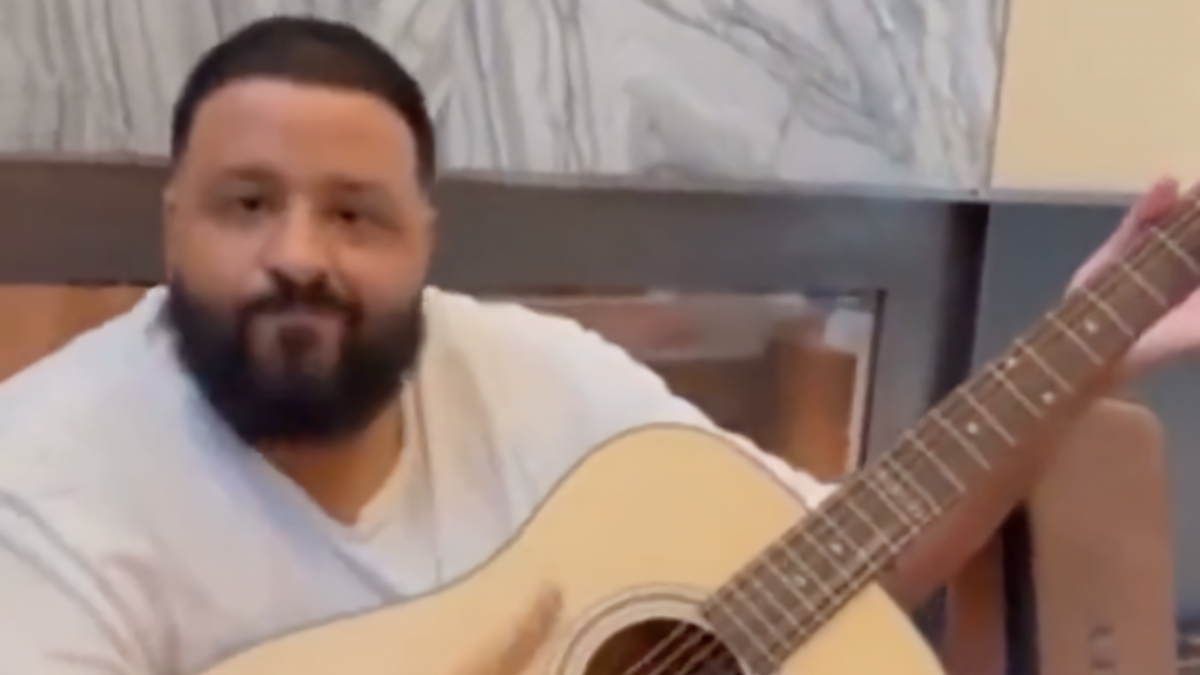 Last week, DJ Khaled was gifted a Guild guitar, which was crafted in collaboration with Bob Marley’s family and based on the Madeira A-20 guitar, which the Jamaican legend used at home when he was writing songs.

“DJ Khaled, we are excited to this new guitar with you,” a personal note from the Marley family read, as seen in a video posted to social media. “As someone who has an appreciation for Bob Marley’s life and music, we want you to be the first to play the Guild guitar. Based on Bob’s at home songwriting, this song inspired songs that helped unite the world and we hope it gives you inspiration as well.”

Tyler, The Creator Clowns DJ Khaled After He Nabs 2nd No. 1 Billboard Album

The We The Best mogul thought it would be a good idea to put the guitar use and share a video of him playing it. But being a guitar novice, he strummed the strings with a bit too much aggression, creating a not-so-tuneful melody that would have even the least musically-inclined covering their ears.

As a result, DJ Khaled ended up being roasted from here to Jamaica by Bob Marley fans. “How is DJ Khaled real bro this is so disrespectful,” one fan tweeted in response to the video, while another joked, “Bob Marley rolling in his grave rn.”

How is DJ Khaled real bro this is so disrespectful 💀 pic.twitter.com/fAUxAnaceG

DJ Khaled has yet to directly respond to the Twitter jokes, although he did post a video on Instagram on Thursday showing him being mobbed by fans around the world as a subtle reminder of his mass appeal. “We the best to the world,” he captioned the 59-second clip.

Check out more reactions to DJ Khaled’s guitar-playing below.

Those strings in the guitars were fighting for their life pic.twitter.com/yRo0CQ4I3f

fixed that for ya pic.twitter.com/uMqwkdtlxF

this solid ass proof he not really a producer