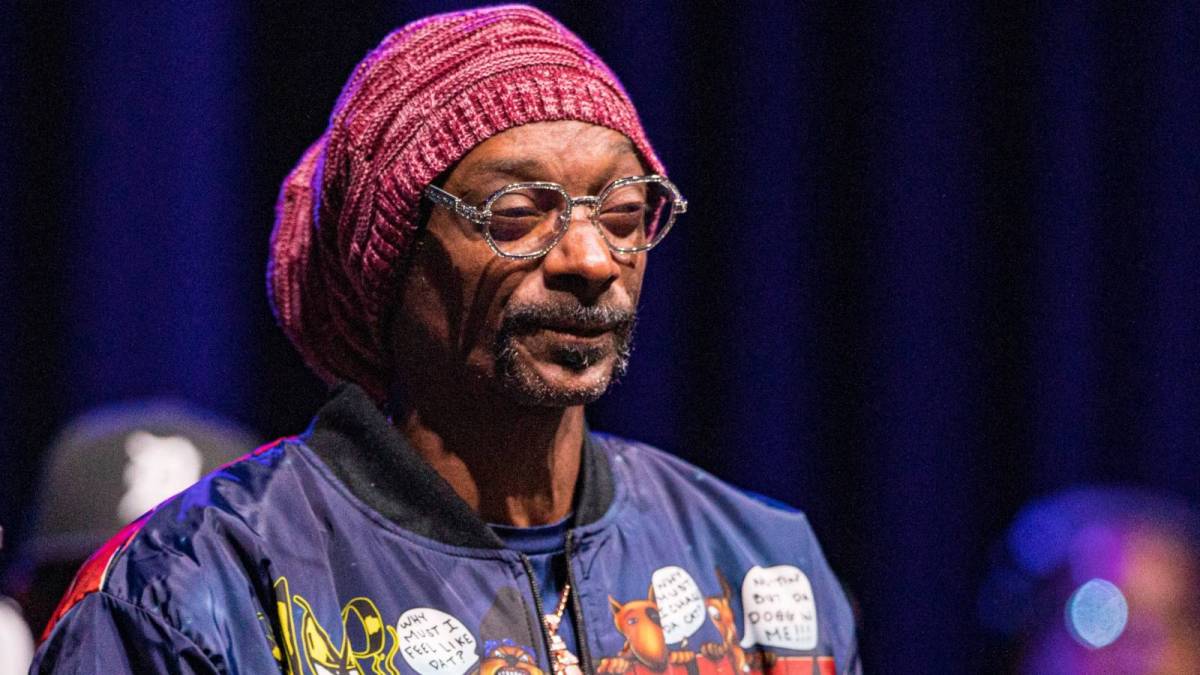 Snoop Dogg is in mourning following the death of his mother Beverly Tate. The West Coast gangsta rap pioneer announced her passing with an Instagram post on Sunday (October 24), thanking God for giving him an “angel” for a mother.

But as they say in the entertainment business, the show must go on. Hours after Snoop revealed the life-altering news, he was on stage at Big Night Live in Boston where he’d already been scheduled to perform.

Rather than cancel the show, he told the audience, “I wasn’t even gonna come out here and perform tonight ’cause my mother passed away earlier tonight, but in the spirit of the people of Boston, I wanted to come out here and represent for y’all because this is what my mama would have wanted me to do.”

He ended the performance on a special, unforgettable note with, “So before we leave, we’re going to play this record for my mom,” the proceeded to play “Stand By Me” by Ben E. King while asking the crowd to throw two fingers in the air.  At one point, he took off his sunglasses to sing along to the lyrics, “I won’t cry/I won’t cry/No, I won’t shed a tear/Just as long as you stand, stand by me.”

Snoop then told the crowd, “I needed this. I fucking love y’all for getting my spirit right tonight. Peace, love and soul.”

After the show, Snoop Dogg reportedly told Big Night Live executive Randy Greenstein why going through with the event was important.

“He was very emotional after the show,” Greenstein told Page Six. “He thanked our team, said he needed this show. He needed the love from the audience. It meant a lot to him.”

Greenstein also added the tribute was Snoop Dogg’s idea, saying, “We didn’t know [about it beforehand]. He just did it.”

Tate had been previously hospitalized, although her condition wasn’t disclosed to the public. In July, Snoop shared  an Instagram photo of Tate in her hospital bed surrounded by her sons. Again, her health issues weren’t revealed, but it was clear she’d had a tracheotomy to help her breathe.

The 70-year-old was an ordained evangelist and authored two books, including Real Love and her autobiography, Real Love II: The Story of an Extraordinary Woman. She alluded to her health issues in a video taken during her birthday party earlier this year.

“I am celebrating my 70th birthday and it’s been a joy coming to this,” she said. “Even though there were times when I thought I wouldn’t make it. I’ve been a sick woman in the hospital for six weeks at a time and didn’t know… but the God that I serve, he told me it wasn’t time and he let me live on just a little bit longer. And I’m so happy. I’m so blessed.”

HipHopDX sends our condolences to Snoop Dogg and his family.