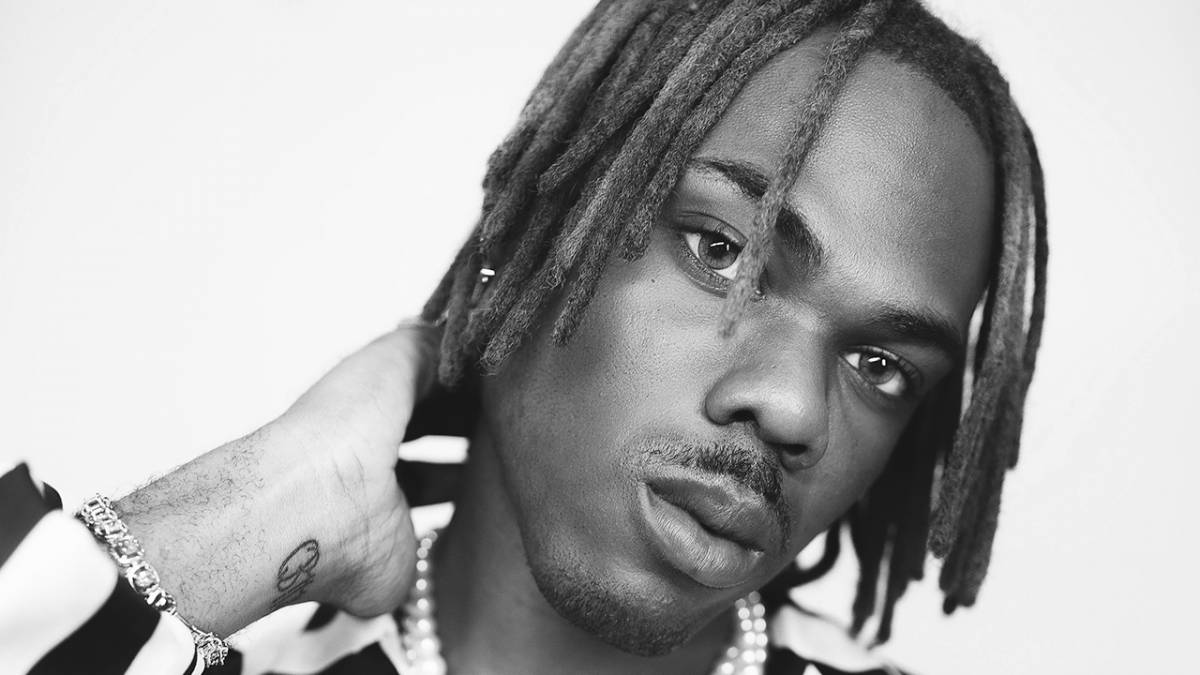 Not many artists can brag about having the most Shazamed song in the world, but CKay is one of them. The Nigerian Afrobeats star is continuing to hit major milestones with his hit single “Love Nwantiti,” which has stormed its way to No. 35 on the Billboard Hot 100 and reached the Top 5 in Canada and many other countries across the world. The question is: how exactly did the song take off?

Like all of his music, “Love Nwantiti” began with CKay making a beat on the keyboard in his living room. That night, he freestyled the first verse and sang, “ah-ah-ah-ah-ah-ah-ah-ah,” for the hook, with plans to put a “real” chorus there in the morning. After sleeping on it, he decided he actually liked how it sounded and left it how it was. CKay says this decision was the biggest risk of his career so far.

“It wasn’t really something heard of,” he told HipHopDX. “There’s not really many songs in the Afrobeats space, in the Afrobeats Hall of Fame, that had choruses like that, that sounded like that. In fact, the label I was signed to at the time didn’t even take the song seriously as a single because it wasn’t a club record. It wasn’t fast.”

For CKay and his team, the first real sign of “Love Nwantiti” taking off was when they saw girls making videos to the song.

“Love Nwantiti” experienced success in Nigeria before making its way onto the radar of fashion model Winnie Harlow, who played the song during one of Diddy’s Instagram Live sessions and put together a whole dance routine for it. CKay points out this moment as the start of the song’s international recognition.

“People here, we already accepted it was a big record,” he explained. “But at that point, it started to get the attention of people who were not even in Africa. Different stuff just started to happen. It was one supermodel to another supermodel to a ball player, and it just kept going until where we are right now.”

Omg! @winnieharlow just played my song LOVE NWANTITI ft @joeboyofficial @kuamieugene on Diddy’s live! What a time to be alive! Afrobeats to the world! ?? pic.twitter.com/f3d0UzzKKj

As fate would have it, the track ended up being played at the Met Gala in September, just when Kendall Jenner was walking up to the red carpet towards her mom and fellow media personality, Kris Jenner.

Various versions of “Love Nwantiti” have contributed to its success on TikTok, which has helped turn it into one of the the biggest global songs on the Spotify and YouTube charts, racking up over 100 million weekly streams. Rihanna and Cardi B instantly come to mind if CKay had the chance to record an American remix.

“I think RiRi would be amazing on it,” he said. “I feel like because of where she’s from, she’s from the islands, I think it just makes sense. That would be dope if that happened, really dope. And I would also like to hear Cardi on it. She also has the island vibe too, you know?”

CKay’s career didn’t necessarily begin at four years old, but it did represent a key moment in his life. Even at such a young age, his family was flawed by his vocal ability when one day, he randomly started singing while his dad played the piano.

“That was a moment for me,” he said. “That was when I actually knew my voice had an emotional impact on people. It wasn’t like I could do the greatest R&B runs and all that stuff, but there’s just a way I sing that makes people feel stuff.”

CKay felt like he could have a career as a musician while living in his hometown of Kaduna. He started off in a group as the lead singer and producer, and they managed to sell out a show — simply through the power of Facebook and Twitter. This motivated him to imagine things on a bigger scale with support behind him, so he moved to Lagos as a teen.

“I grew up in a really strict household,” he revealed. “My parents didn’t really fancy the idea of me being an artist. A very Christian household. [Moving to Lagos] just really represented my independence. It represented me making a decision for myself and taking responsibility for my own future.

“Because I never wanted to be that person who would be like 40 and in a midlife crisis, wondering what could have been if I just followed my dreams or if I just believed in myself a little more. So I was like, ‘Yeah, I’m gonna make this decision and I’m gonna do this.’ And I thought that was the most important decision I ever made.”

When it comes to Afrobeats, CKay is determined to build out his own lane. He describes his sound as “emo Afrobeats,” which is a reflection of his deep emotions and the genre’s constant evolution.

“I just feel like as time has gone on, the genre has had to evolve,” he said. “And I feel right now, we’re in a different age. People feel a different way in the world right now. People don’t feel the way they were feeling in the ’90s or early 2000s. I kinda felt the need to carve a space in Afrobeats for myself and make music that represents me specifically. I’m a cancer first of all and my moon sign is pisces. I basically have two water signs, so I’m a really emotional person. If I’m making Afrobeats, it has to just embody that.”

So, what’s next for CKay? He’s about to travel around the world off the back of his global success, with goals of performing at some of the most iconic venues.

“I would like to perform at the O2 [Arena], at the Madison [Square Garden], basically perform at the biggest stages possible soon,” he said. “Wembley [Stadium], everywhere. So, I have really huge dreams and ambitions.”