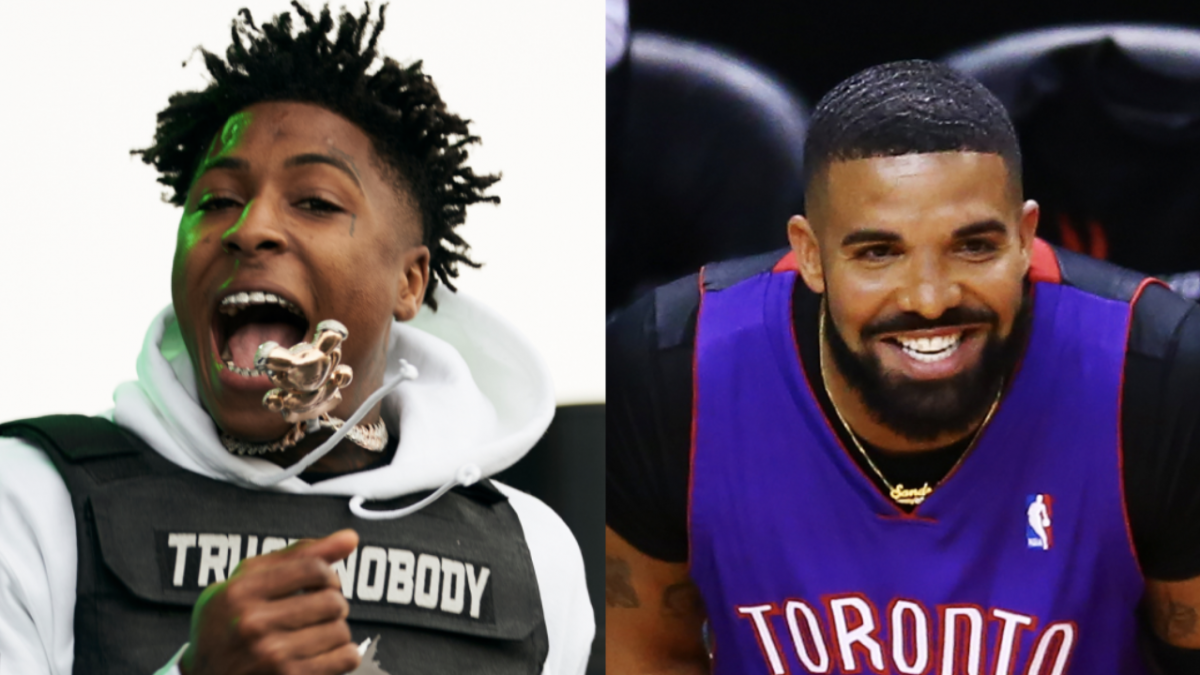 Drake is no stranger to collaborating with the stars that have come after him and that looks to be the case here. According to NBA YoungBoy’s brother OG 3Three, he revealed last week that YoungBoy Never Broke Again has a song in the works with the 6 God.

“Me and Drake was really talking about Top, going ahead and getting the deal sealed with me and him linking up,” he explained in an interview on streaming platform Stationhead. “That’s the whole collab we workin’ on as we speak. Yes, that is in the works.”

3Three confirms on StationHead last night that a NBA Youngboy and Drake collaboration is “in the works”. pic.twitter.com/6x4RWwFBcf

NBA YoungBoy continues to make history from behind bars. The incarcerated rapper’s Sincerely, Kentrell topped the Billboard 200 for him to join Lil Wayne and 2Pac as the only artists to go No. 1 while in prison.

In doing that, he also ended Drake’s three-week reign atop the Billboard 200 with Certified Lover Boy. Sincerely, Kentrell sold roughly 137,000 total album-equivalent units to edge out CLB and dethrone Drizzy.

YoungBoy — born Kentrell Gaulden — was taken into FBI custody when he was arrested in March following a wild street pursuit in Los Angeles. The Baton Rouge native is facing multiple drug and weapons charges after law enforcement seized handguns, rifles, drugs, $47,000 in cash, jewelry and a $300,000 check during the initial September 2020 arrest.