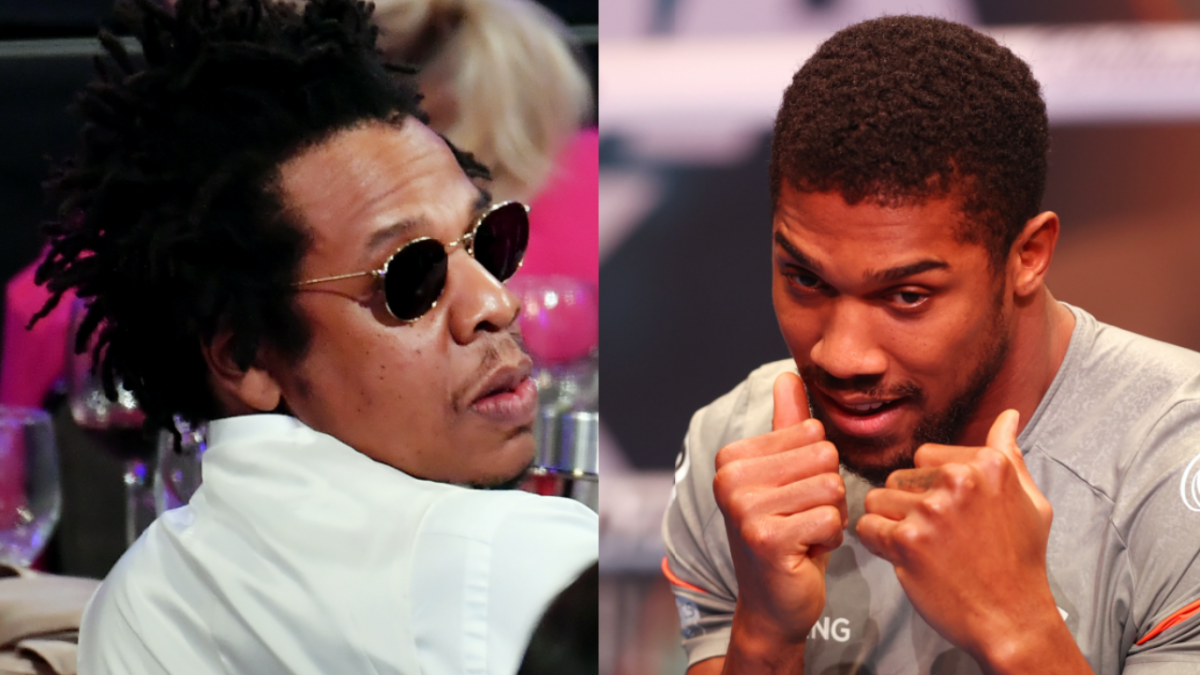 Anthony Joshua is now a two-time heavyweight champion, but his professional boxing career was just getting started when he met JAY-Z in 2013. Speaking to William Hill ahead of his fight against Oleksandr Usyk on Saturday (September 25), Joshua went into detail about getting a photo with Hov almost eight years ago and how he thought he was ready to punch him.

“JAY-Z was cool,” he said (via Daily Mail). “I was at a Will Smith premiere once, years ago. I listen to ‘A Week Ago,’ ‘The Streets Is Watching,’ ‘Hard Knock Life.’ I just love that stuff… ‘Dead Presidents.’ So imagine, you know those lovely houses that are like mansion houses and they’ve got a stairway in the middle and they depart around left and right and they come back? Pure opulence. I was at this big premiere and it was one of those big staircases and I was in the top left.

“And I saw JAY-Z walk in. In my head, I was like, ‘Yo, there’s JAY-Z.’ Know what I mean? Ready to jump down the balcony. But I thought, ‘Play it cool.’ So I thought, ‘What way is he gonna come up these stairs? Because if I stand on the left and he goes on right, there’s too many people, it’s a premiere.” 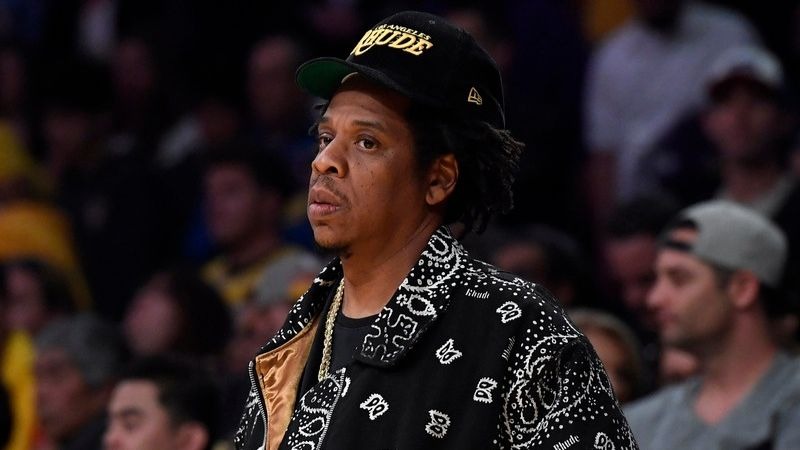 He continued, “Thank God I stood at the right side. As he come up, I was kind of like (grabs his wrist): ‘Jay, do you mind if I get a picture?’ And he kind of looked at my hand, yeah, like: ‘Boy, I will bust your head if you don’t get off my hand.’

“But it was just one of those things where I just gave the guy the camera. And in that picture, I think it’s one of the first pictures on my Instagram, JAY-Z has just got a plain face. And there’s me with a big smile.

“He’s a hustler, isn’t he? He came from the bottom. But he also transferred his music ability into becoming one of the most successful businessmen in the music industry.”

Anthony Joshua posted the photo to his Instagram on October 11, 2013, less than a week after winning his first professional fight. He wrote in the caption, “This is what I mean when I say GameChangers.”

Elsewhere in the interview, Anthony Joshua talked about listening to rappers such as Biggie and Tupac over Drake and Kanye West.

“Sometimes I feel like I’m boring when it comes to music,” he said. “Do you know why? I listen to the old school G’s. I just like the Tupac’s, Biggie’s, Big L’s, Big Pun’s, early JAY-Z. My friend said it best, like, Bone Thugs-N-Harmony, B.G. Knocc Out, Dr. Dre. Why he likes listening to the old school rappers is because they lived the life, and now they can also tell you about the mistakes they made now they’re a bit older.

“He said, a lot of these younger rappers are like our age or younger, and what they’re rapping about is nothing they can teach him about. I was like, you know what, it’s true. Me and him, we just love that old school music, man.”

He added, “I tried to get into the Drake album, but I’m still banging that old school. That Rocky, that Cuban music. I think when I’m done, I’ll be like the Drake, Kanye, Lil Durk, all these like… you know what I’m saying?”