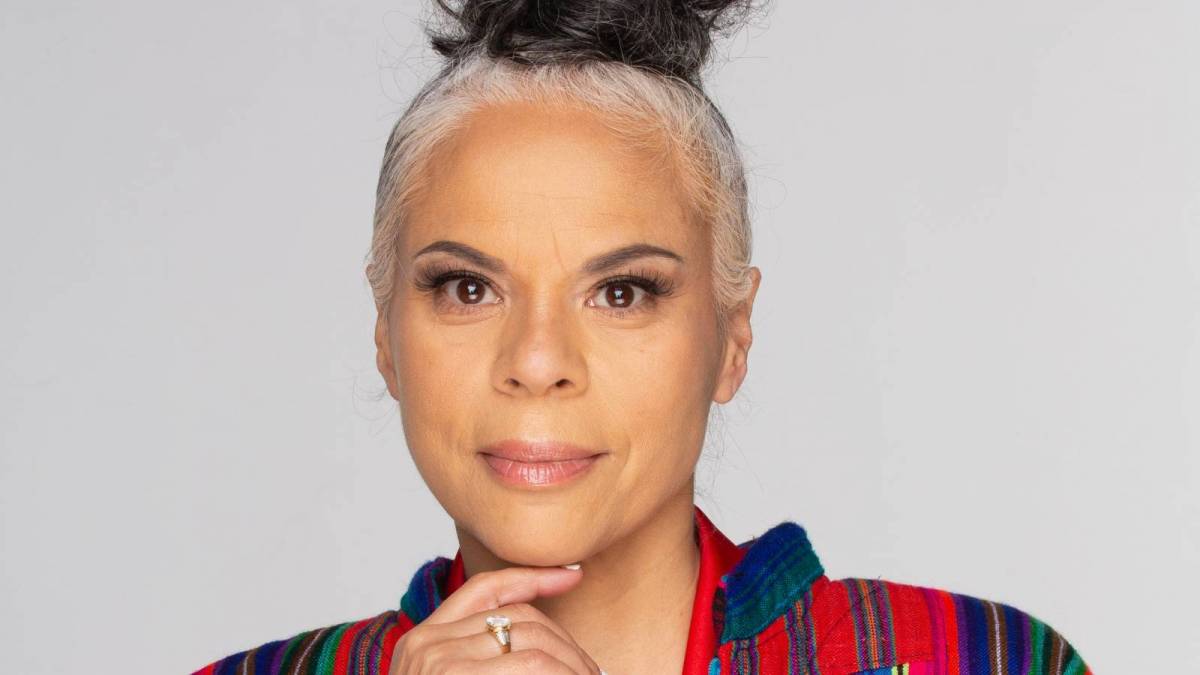 From there, she launched a styling division with a client base that included Onyx, Run-DMC, Shaq, Tupac Shakur, Queen Latifah, Naughty By Nature, Aaliyah and R. Kelly, among others. The success of Walker’s initial venture led her to establish the urban brand Walker Wear in 1990.

But according to a recent lawsuit filed by Walker, fellow designer Virgil Abloh allegedly stole some of her work — and she’s ready for a fight.

Filed in August, the lawsuit alleges Abloh and his company Off-White knowingly jacked Walker’s signature WW XXL Athletic mark for a jacket they’re calling a “Diagonal Stripe Varsity Bomber Jacket,” which was apparently being sold at Saks Fifth Avenue for a whopping $2,234.

Walker was understandably rocked by the realization she’d been copied and penned an essay that was published on Fashion Bomb Daily, blasting Abloh for the “creative theft.”

In a recent interview with HipHopDX, Walker opened up about what that moment of realization felt like.

“When it was brought to my attention, I was actually disappointed and shocked,” she says. “That was it. And it just took a moment to sink in, because now I was aware of it. It happens way too often with creatives and Black and brown creatives. It just hit home, and it was a moment of pause and reflection of just trying to understand.

“You really start processing it and trying to think, ‘Am I bugging out?’ And then when everybody is hitting you and saying, ‘Congratulations’ and, ‘Can I get that jacket?’ — that kind of thing, you realize no. So yeah, that was it. After I came down off of being in shock and disappointment, I wrote about it.”

The essay reads in part, “As we walked into Women’s History Month, I noticed in an Instagram ad that Off-White introduced a WW Letterman jacket that felt too close for comfort in the design. It was a classic design that we’ve been using for years.

“As these DM’s started rolling in, and the phone started ringing, there were many confused tribe members trying to figure out what was going on, was it a collab, some were infuriated and felt that the design was disrespectful to say the least.”

Walker also points out Off-White “appears to have an unfortunate and long history of taking others’ designs. Virgil Abloh himself has made public statements acknowledging that he relies very substantially on others’ designs as part of his design strategy.”

A self-described “Blexican woman,” Walker has been subjected to sexism and racism her entire life. In fact, she believes “the only thing worse than racism in this country is sexism.”

“This is about Black and brown creatives and women, because I feel like we have to fight even more than women just in general,” she explains. “We’re at the bottom of the barrel. So it’s just all of that. And I’m just tired. We’re a target, and I’m really tired of that. You have to take a stand and you have to protect your name and your brand. You have to be fearless. You can’t move forward with fear. You just do the best you can. You use your voice and you stand up for what you believe is right.

“And I’ve really built a legacy, and I have value and my brand has value. And besides representing fashion, we represent culture. So I’m really standing up against all of that. Don’t come for me because you have no right to do that. We trailblazed this way.”

While Walker legally couldn’t get into specifics of the pending case, she did confirm it’s “full steam ahead.” But before she could even proceed, she had to make sure she had not only the financial backing but also the mental space for a legal battle.

“I know how much is involved with a lawsuit,” she says. “Plus, I know his audience is a lot younger, and a lot of them don’t know the history of Walker Wear. So you think about, ‘Am I going to lose customers?’ That kind of thing, but then it comes down to what’s right is right and not worrying about all of the rest of it. And also just standing up because I have a voice and you know what? It’s not cool and we have to change this.

“So that was more important than worrying about whether I lose some customers or young people don’t understand. It’s a good chance they will become educated through this case now and understand who we are. And at the same time, understand yeah, a woman stood up for herself. And hopefully that trailblazes a new lane for us to keep saying, ‘Nah, this is not cool.'”

For now, litigation continues over the WW XXL Athletic mark. As the court documents state, “Walker Wear has used the mark since at least 1993 and has invested substantial time, effort and resources in developing the Mark and using it to promote its products.

“As a result of Walker Wear’s extensive investment, the Mark and its related works have become widely associated with Walker Wear and the Mark has acquired substantial recognition, goodwill and fame.”

But anyone thinking Walker is simply out for a giant payday is horribly misled. Her ultimate goal is to ignite change for policies and laws.

“I think the fashion industry has been way too gray and way too protective for big corporations and not looking out for the independent designers and Black and brown creatives,” she explains. “So we have to work toward legislation in different ways when we think about fashion. 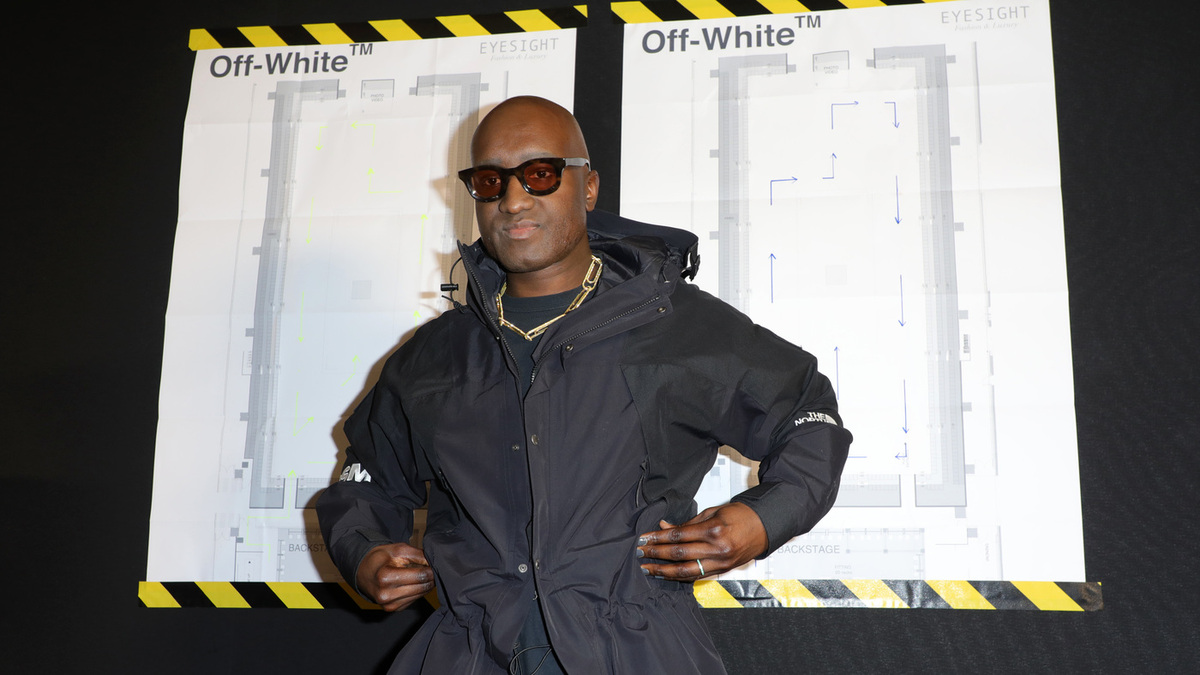 “Appreciation is one thing but appropriation is another. And there’s another thing against inspiration and another thing against creative theft. So I think that we need to call spades a spade and find out ways to make these companies accountable for making money off of the sweat equity and creativity we’ve taken the time and the input and the effort to give to the world.”

If Walker does indeed win the lawsuit against Virgil Abloh, Off-White and Saks Fifth Avenue, she plans to create a fund for independent designers to have legal representation for cases like hers.

“I was fortunate to find WilmerHale, which is the company and the organization and the lawyers that are representing me, and they are great,” she adds. “They’re some of the best. But I know that’s far and few between.

“I would love to see these companies that care about Black Lives Matter and all of this, let’s see you put some money into funding some of these Black designers and brown designers and women who are making and creating so they can be protected. Protect us. We need protection, too. This is a good start.”