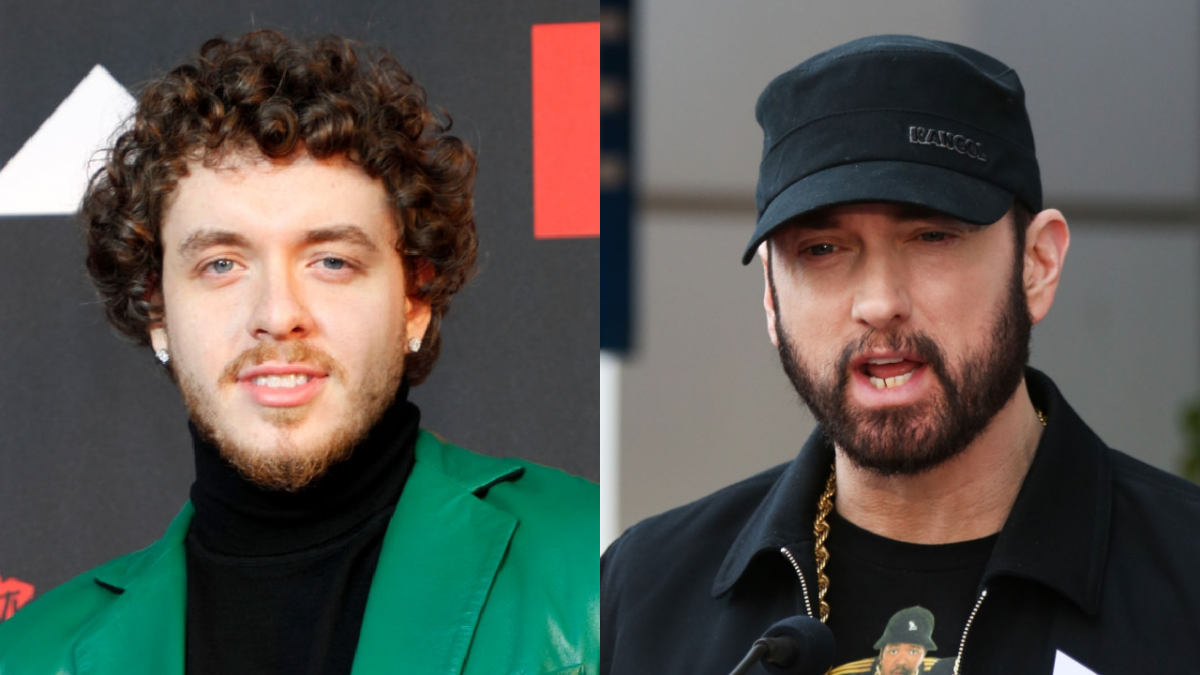 Jack Harlow got the chance to snag a rare collaboration with Eminem last spring when they joined forces with Cordae on the remix to “Killer.” Although the pair have yet to meet in person, Harlow has shared a “special” conversation with the 8 Mile legend.

On Sunday (September 12), Jack Harlow revealed to Billboard he jumped on the phone with Eminem following their “Killer” collaboration, and the Shady Records boss let him know he’s a fan.

“We didn’t get to meet, but we had a phone call that meant the world to me,” Harlow said while walking the red carpet at the 2021 MTV VMAs. “I haven’t shared it with the world yet, but I can’t wait until the world hears it. He gave me a lot of props that any artist would love to get. Sometimes, the best gem is just somebody you admire, letting you know who you think you are. He let me know, ‘You’re that. You’re dope.’ I’ve waited a decade to hear that. So it was special.”

Getting a compliment from Eminem is well-deserved, especially after the monster year Jack Harlow had himself. He performed on Saturday Night Live in March, secured a collaboration with Pooh Sheisty titled “SUVs (Black on Black)” and went on an impressive run of guest features — including on Lil Nas X’s “Industry Baby.”

Jack Harlow took the stage with Lil Nas X for a riveting performance of their collaboration that included a whole marching band and male dancers. “Industry Baby” was released in July and debuted at No. 2 on the Billboard Hot 100.