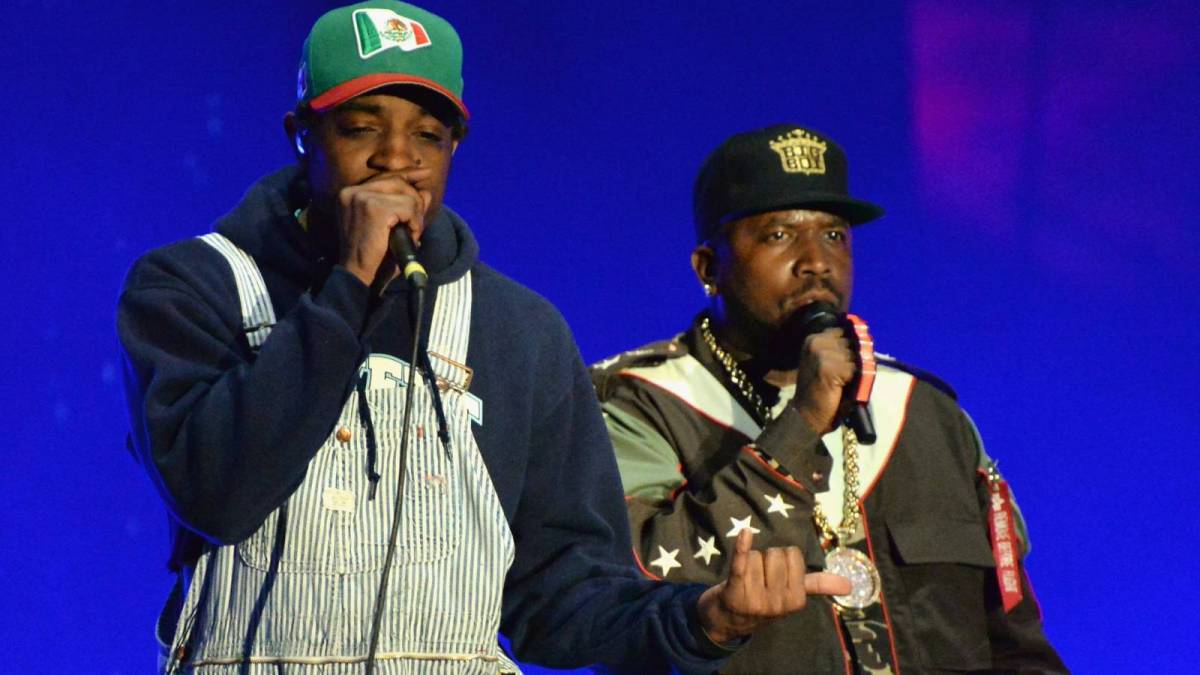 Three Stacks felt it necessary to explain why their “Life Of The Party” collaboration was cut from the 27-track project after Drake leaked the song during an episode of SiriusXM’s Sound 42 Radio. He also talked about how “unfortunate” it was the track arrived as Drake and Kanye are purportedly feuding.

“A few weeks ago Kanye reached out about me being a part of the Donda album,” he wrote. “I was inspired by his idea to make a musical tribute to his mom. It felt appropriate to me to support the Donda concept by referencing my own mother, who passed away in 2013. We both share that loss.

“I thought it was a beautiful choice to make a clean album but, unfortunately, I didn’t know that was the plan before I wrote and recorded my verse. It was clear to me that an edited ‘clean’ format of the verse would not work without having the raw, original also available.”

André 3000 ended his post by saying he not only wanted to be on Drake’s Certified Lover Boy album but also, “Hopefully I can work with Kendrick on his album. I’d love to work with Lil Baby, Tyler and Jay-Z. I respect them all.”

While it sounds like André 3000 is eager to put down his flute and pick up the mic, Outkast fans couldn’t help but wonder: But what about Big Boi?

Together as Outkast, the two Atlanta powerhouses delivered arguably one of the most impressive three-album runs in Hip Hop history with 1994’s Southernplayalisticadillacmuzik, 1996’s ATLiens and 1998’s Aquemini, forever redefining what Southern Hip Hop could be. By 2007, they’d been nominated for 16 Grammy Awards and won six.

Their last album, Idlewild, arrived in 2006 and fans have been clamoring for another one ever since. But aside from a Outkast reunion tour in 2014, André 3000 and Big Boi have been doing their own thing. Most recently, Daddy Fat Saxx announced his new collaborative album with Dungeon Family member Sleepy Brown, The Big Sleepover, is right around the corner.

But now, with André 3000’s perceived willingness to collaborate again, the desire for more Outkast music feels more palpable on social media than ever.

Sure, people are excited to hear him rhyme, we all are…hell, anytime him and @BigBoi ACT like they wanna sniff a microphone, especially in the same place, makes us shake in our boots. We’d wait another 20 years for an OutKast album….

I think Big Boi and Andre 3000 would make a good group. They both from Atlanta

Big Boi watching Andre 3000 say he wants to work with everyone besides him pic.twitter.com/HWpKutU8ra

People saying 3K should work with Big Boi…..I agree….and if the album is good, they should form a group together

Can someone call big boi and Andre 3000 tell them we need a Outkast reunion tour ASAP! pic.twitter.com/OjVu6p5K3c

Andre 3000 should just stop playing with us, get with Big Boi and drop a new Outkast album!!! pic.twitter.com/odmC54xr4x

I want Andre 3000 focus to be working with Big Boi…That’s it. That’s the Tweet

Man, work with Big Boi. That's what we want https://t.co/eUuSzZUQPq