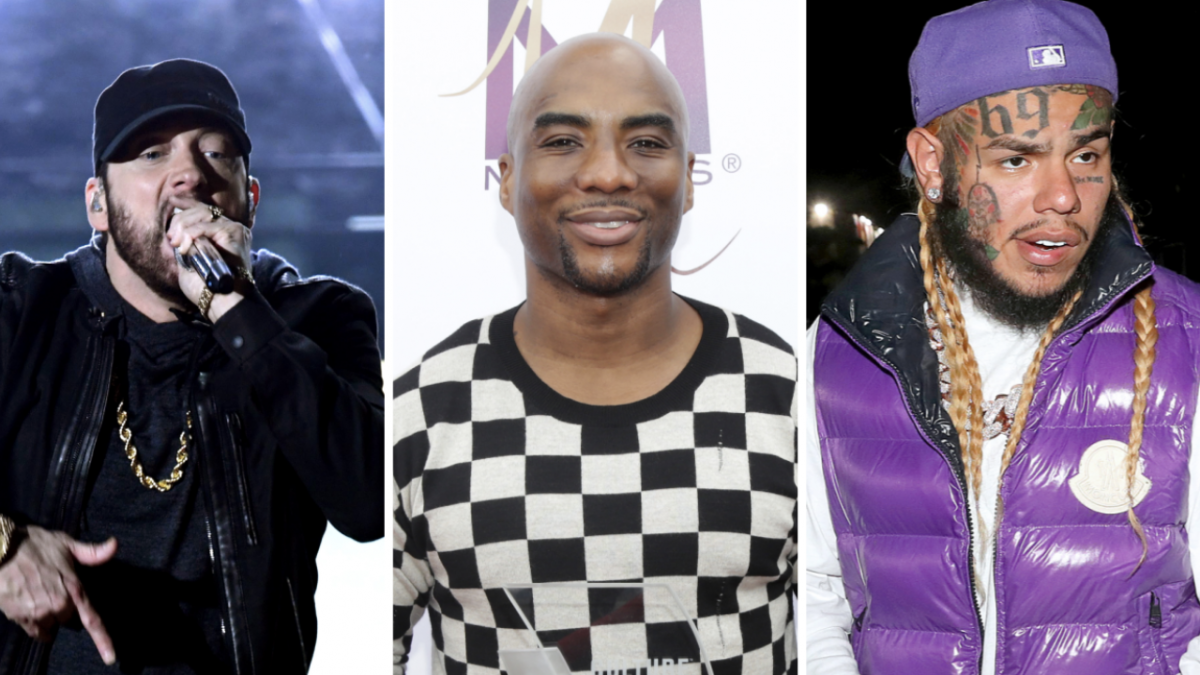 Verzuz has become a mainstay of discussion when fans attempt to debate a pair of rappers’ discography in a head-to-head matchup.

In the latest episode of The Brilliant Idiots podcast, Charlamagne Tha God and co-host Andrew Schulz weighed the idea of Eminem’s success in a potential Verzuz bout, and the brash radio personality isn’t too fond of the Detroit legend’s chances against more recent stars.

“Em gets washed in any Verzuz,” he said. “Y’all gon’ stop this. Any. Em don’t have the songs like that. Em can rap and we like Em as a rapper.”

Charlamagne Tha God says Eminem would lose to 6ix9ine in a Verzuz. He also says Future and Young Thug would WASH Eminem.? pic.twitter.com/0uncsbzLpY

Charlamagne then named rappers such as Future and Young Thug that would “wash” Eminem in any sort of Verzuz battle. He went a step further and agreed 6ix9ine could have success against Slim Shady depending on the generation of the audience.

“Future washes Eminem in a Verzuz,” he continued. “[6ix9ine] Depending on the generation.”

Obviously, the chances of any sort of Verzuz battle with Eminem and then any of the aforementioned artists are slim to none.

Akademiks Snaps On Charlamagne Tha God As His New Podcast Hits No. 2 On Spotify

Another fantasy Verzuz battle that had fans talking was the idea of pitting Chicago drill heavyweights Lil Durk and Chief Keef against one another.

With their issues with the city when it comes to performances or concerts, that’s another one that will be tough to pull off and it finally made it onto Swizz Beatz’s radar through an Akademiks repost of the fake flyer.