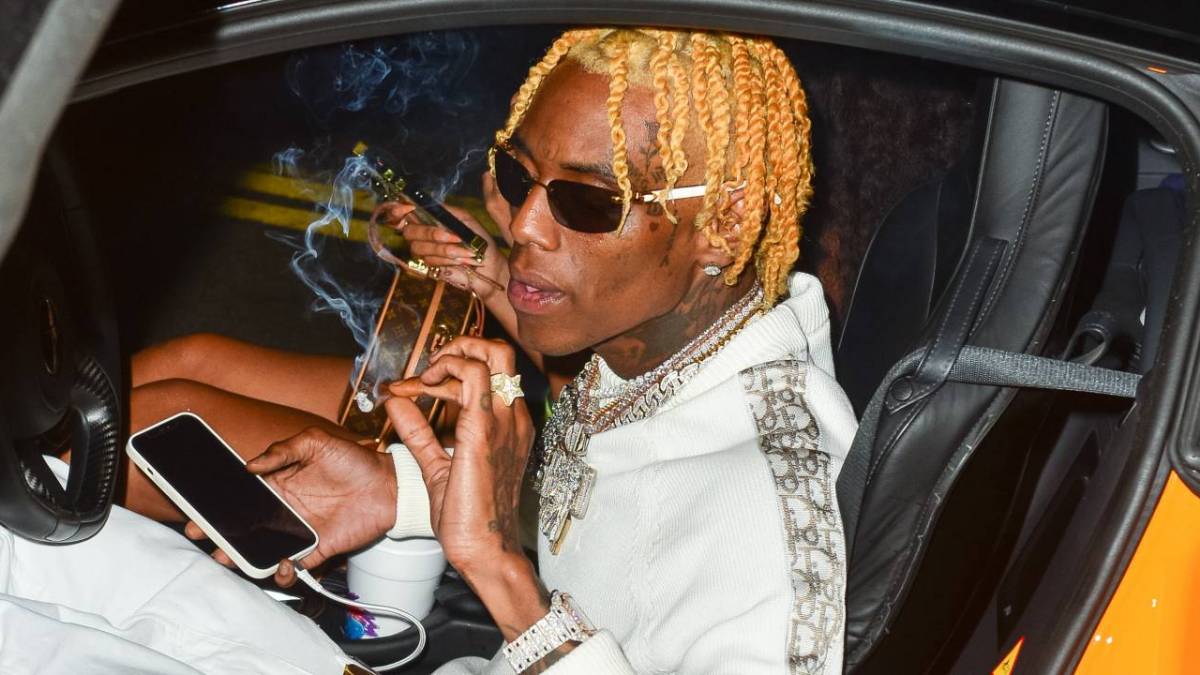 Soulja Boy claims to be the first to do a lot of things, but he’s definitely not the first rapper to tap out during a Snoop Dogg smoking session. During a recent interview with Power 106, Big Draco recalled a time he got so high with Snoop circa 2009 that he had to stop hitting the blunt and take a timeout at the West Coast legend’s mansion.

“He had a studio at his house, so we over there and playing Madden. We just started smoking and we kept smoking and kept smoking. I had my other two homeboys and when he passed me the blunt, I just kept passing it to them. I just looked at Snoop like, ‘I’m high. I quit, I don’t know what’s going on.’ He kept going!”

Even over a decade into his career, Soulja Boy is still staying busy on the business side. The “Crank That” rapper made a guest appearance at a wedding over the weekend where he performed “Rick & Morty” in a tuxedo.

He also recently launched his Soulja Exotics cannabis brand, which he hopefully sent some over to Snoop Dogg.

“For years, I’ve been looking for a premium cannabis company to bring my product to market,” said Big Draco in a statement. “Grizzly Peak grows their medicinal quality cannabis indoors in coco fiber giving it a smooth inhale and exhale. I have so much going on in my head, I use weed to help me relax and function better so I can focus on my music, videos and other entertainment businesses.”

Watch the “Pronto” video below.