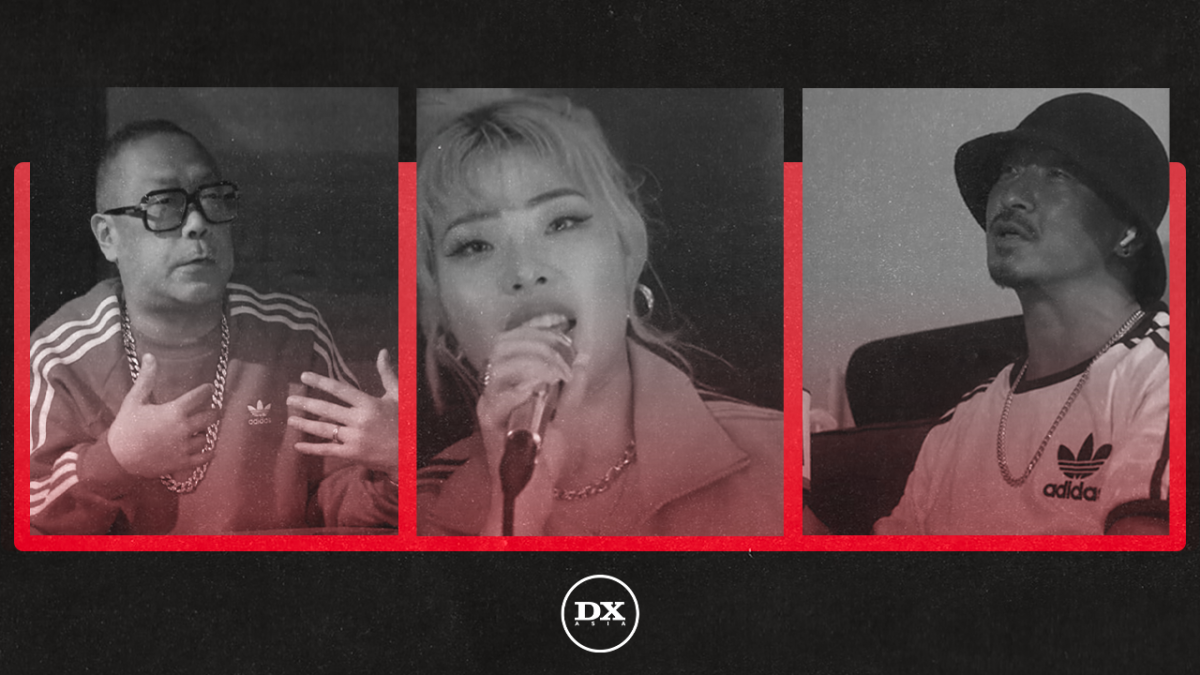 Sponsored by adidas Tokyo with creative direction and production by AtariPunk Tokyo’s Brendan Cravitz, the three-part mini-documentary traces the genre’s early underground beginnings in Japan to its present mainstream success.

Hip Hop’s global influence today as a commercial and cultural force started out as a way to integrate a new, foreign concept in diverse settings, inviting participation despite barriers. In the mid-’80s in Tokyo, Hip Hop arrived at a time where a booming economy not only allowed, but also encouraged people to express themselves freely and artistically.

How Hip Hop Took Over Tokyo

“They would come from America, even before we had stages in night clubs, the people of dance culture,” one of Japan’s Hip Hop pioneers YOU THE ROCK★ recalls. “It’s the next thing. It’s like, ‘Yo, brother! Tracksuit from top to bottom, let’s go!’”

Like in many countries in Asia, Hip Hop was introduced to Japan by DJs returning from the United States. DJs would play popular Hip Hop records they brought back from New York equipped with the latest Hip Hop  fashion at the time.

“The reason behind myself really wanting to rap and wanting that particular fashion was definitely because of Run-D.M.C,” fellow OG Kan Takagi shares, as he cited the 1985 film Krush Groove (which starred Run-DMC) for sparking his life-long interest in American Hip Hop fashion, particularly his love for sneakers.

Dj honda described watching the late Jam Master Jay rocking his adidas Superstars on stage when performing “My Adidas.” His American contemporaries such as Flavor Flav and Redman, would end up watching and cheering him on as he established himself and collaborated with the likes of De La Soul, Mos Def, Ice-T, Eazy-E, Gang Starr, Common and countless more.

Honda describes Hip Hop as constantly evolving, saying, “Everyone is trying to create. So I’m freely doing what I love.”

Check out episode 1 below for more:

For the most part during its early days, Japanese Hip Hop — then largely ignored by gatekeepers — was faithful to its American roots, but as it progressed and became more localized, later generations of Japanese musicians felt being themselves afforded them greater freedom.

“I think there is a stronger sense of individuality,” producer Steelo explains in the second episode, which features the “new school” of Japanese Hip Hop. Kenya of the rap group Bleecker Chrome cites Kid Cudi as an example of an artist who shows that rap “don’t need to be… about gangs or society.”

Cudi is well known for documenting his personal struggle within his lyrics and has created a strong connection to his fanbase over the last decade.

Hip Hop has been so deeply embedded in Japanese society that more and more young people are pursuing it as a full-time career. DJ Rena, who won the DMC World Championship at the age of 12, said he aspires to produce music “that transcends Hip Hop.”

Although beat-driven, classic American Hip Hop remains prominent in Japan, today’s rappers and producers agree that Hip Hop continues to bend and defy genres. That doesn’t mean local Hip Hop has completely deviated from its western counterpart. In fact, the cultural exchange seems to only get more dynamic and poignant. The “American Dream” seems to still be at the heart of why people fall in love with the genre.

“Neither race nor where you were born matters at all,” Steelo said. “It’s about turning nothing into something. It could be singing, graffiti, dancing, or DJ-ing … it’s about: what do you want to be? Who do you want to be?”

Check out episode 2 below for more:

In the final episode of the series, DJ Kaori quotes a line from Special Ed’s 1989 single “I Got It Made” saying, “I don’t need your respect, because I got it made.”

She was referring to how the male-dominated Hip Hop industry regard women who are creating space for themselves. Hip Hop journalist Shiho Watanabe describes how Japanese women’s magazines and the culture goes “in (the) completely opposite direction” compared to what she regards as American Hip Hop’s ethos of being comfortable in your own skin and “owning the attitude you feel best with.”

She hopes to empower more women to dispel the attitude Hip Hop is solely something for men to enjoy within Japanese culture.

Rapper Charlu puts it succinctly: “When a guy told me that it doesn’t matter whether you are female or male at an MC battle, I thought it totally does. Woman. Rapper. Born in Ōimachi. Mother of two. They’re all my uniqueness and it’s not like it doesn’t matter. I’m spitting my character out as I carry all that in my back.”

The underlying sentiment (not just among Japanese Hip Hop artists, but also in the global community as a whole) is all about preserving and celebrating culture.

DJ MASTERKEY explains, “I think [Hip Hop] spreads in a really good way. But also in a contradictory way, this culture needs Japan as a country to consider this as a culture and as art. If they would go in that direction … I think [Japanese Hip Hop] will reach a world level.”

Brooklyn Yas, who was transformative in bringing Japanese underground Hip Hop to mainstream consciousness, wrapped it up sublimely: “We need to cherish these experiences because only when something transcends generations, we can call it culture.”