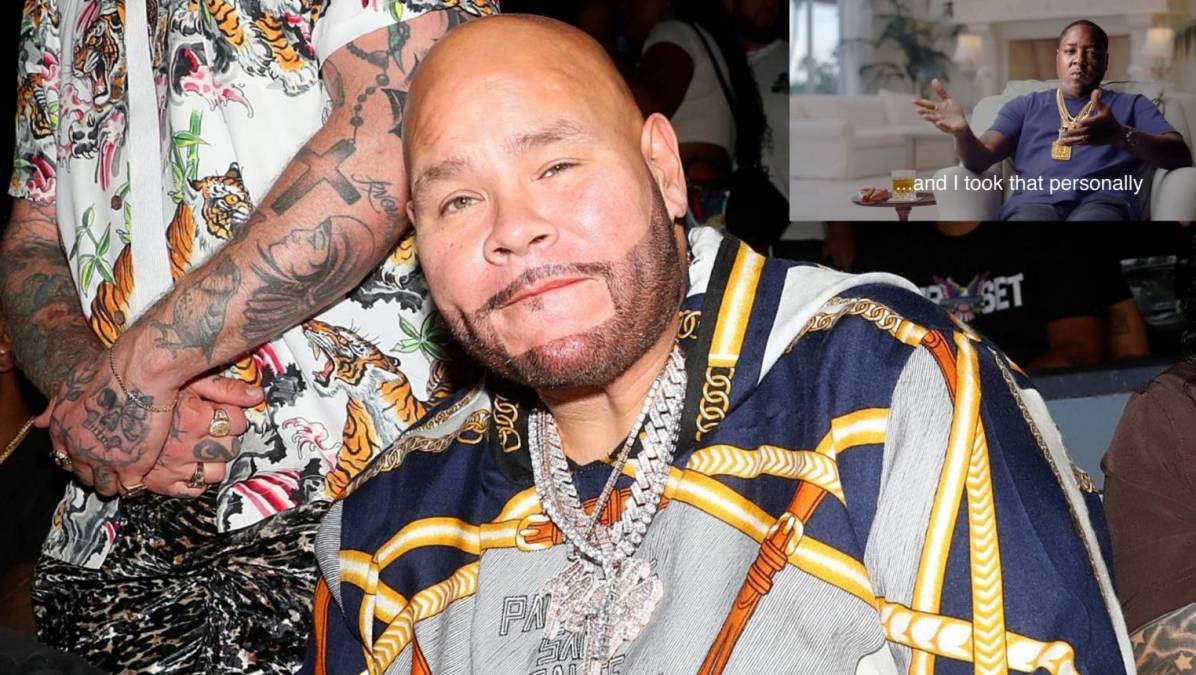 Fat Joe Admits Verzuz Jadakiss Almost Made Him Pull A Lil Mama: 'I Wanted The Smoke!'

Verzuz had New York City’s Madison Square Garden snatching bandanas and popping bottles on Tuesday (August 3) as Dipset and The LOX went head-to-head in a battle for the ages. While Jadakiss emerged as the night’s solo MVP, Hip Hop fans overwhelming gave the New York rap crown to The LOX.

Fat Joe, who was one of the famous faces in the audience, couldn’t contain his enthusiasm. On Thursday (August 5), Fat Joe took his thoughts to Instagram Live where he admitted he almost had a “Lil Mama” moment. For those who don’t remember, Lil Mama crashed the 2009 MTV Video Music Awards stage and interrupted JAY-Z and Alicia Keys who were speaking at the time, much like Kanye West did to Taylor Swift.

“Welcome to New York City!” Fat Joe says with a giant painting of Big Pun looking over him. “It’s over. I’m like … goosebumps. Goosebumps. ‘The home of 9-11.’ Oh my god. This is … yes, yes, Dipset. Fucking right. I’m sitting there adjusting my mask, just when I thought it couldn’t get better, Jadakiss comes on and goes, ‘Hey Harlem, I really outside, you know me, it’s Jada.’ Boom. Boom. Boom. [Starts rapping.]

“The place went nuts. I lose my mind. I’m going fucking apeshit crazy. I can’t control the passion. Now I was neutral. but when the shit come on that I’m on, I fucking lose it. I almost pulled a Lil Mama and rang up on the ring. I wanted the smoke at that point. I wanted the smoke! When they dropped the shit, half the audience looked at me.”

Fat Joe admits #Verzuz Jadakiss almost made him pull a Lil Mama: "I wanted the smoke!"

Jadakiss wasn’t the only trending Twitter topic that evening. Fat Joe’s name also started making the rounds on the social media platform due to his indecision over his mask. Basically, he couldn’t decide whether to keep it on or rip it off.

As the Delta variant of COVID-19 continues its ramage, Joe was trying his best to be safe but was evidently too hype to keep it on for a long period of time.

Fat Joe with the mask on/mask off. He was so conflicted. Like I’m having the time of my life, then he remembers COVID

The LOX came ready to battle, kicking things off with their features on N.O.R.E.’s “Banned From TV” and DMX’s “N-ggaz Done Started Something.”

Although Jim Jones and Cam’ron were armed with “Byrd Gang Money” and “Get Em Girls,” Jadakiss and his crew continued the lyrical slaughter for the remainder of the event.

Jadakiss even called out Dipset for not knowing their rhymes before launching into his “Who Shot Ya Freestyle.”

“New York, they causing a distraction — this is Hip Hop,” he told the crowd. “We in the mecca of New York, it’s D-Block and Dipset. Why don’t they know the words?”

Apparently, the battle was so good, it had Fat Joe smashing White Castle burgers for the first time in eight years.

Check out his story about that “real Bronx shit” below.