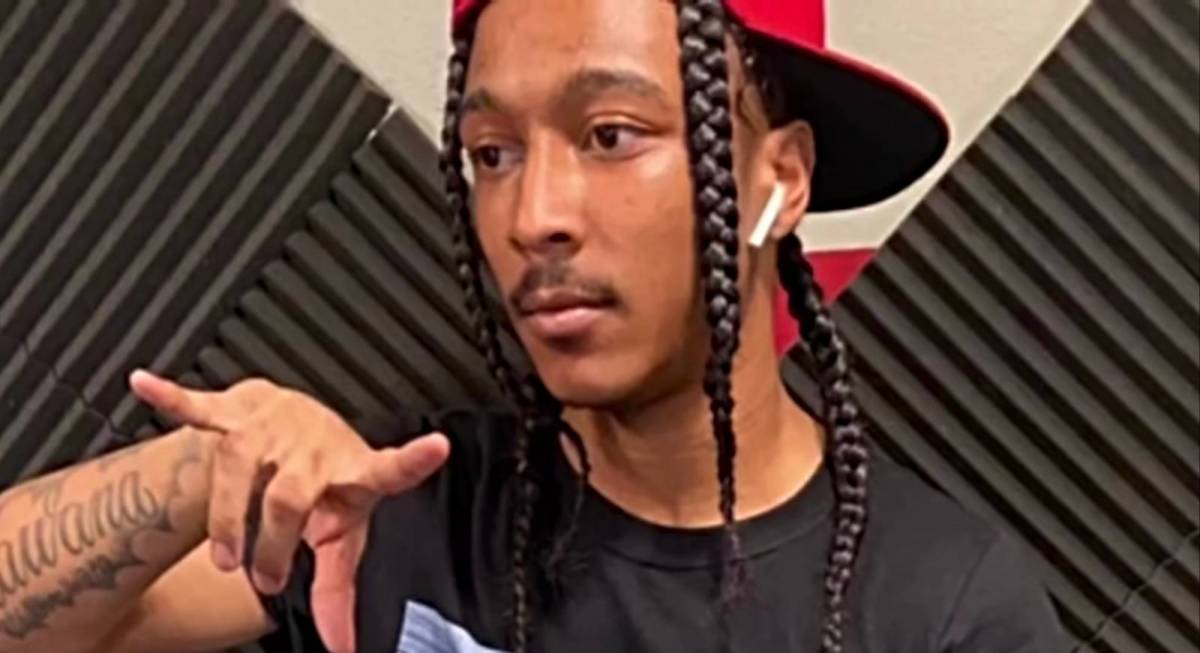 Hawthorne, CA – Another rapper has reportedly been murdered in what has evolved into a consistent and disturbing trend over the past year.

According to KCAL 9 News, a 21-year-old man, who has been identified as rapper Indian Red Boy (real name Zerail Dijon Rivera), was shot multiple time while he was sitting in his vehicle at the 14100 block of Chadron Avenue in Hawthorne on Thursday afternoon (July 8).

The Los Angeles Police Department said the victim was pronounced dead at the scene. In a graphic video making the rounds online, Indian Red Boy is talking to a friend of his on Instagram Live when a barrage of bullets ring out. Blood begins pouring from his nose as he struggles to say, “Get help.”

His friend shouts, “Where you at?” to which Indian Red Boy replies, “Hawthorne.” He then appears to slip away.

Chatter online also suggests Indian Red Boy was a member of the Bloods gang and killed for dissing a mural erected in the late Nipsey Hussle’s name. Nipsey, of course, repped the Rolling 60’s Crips.

In a YouTube video posted in May, the Nipsey mural is defaced with red paint that reads in part, “Victory Lap HBD.” Someone in the clips says it was “the second time in one week” the mural had been destroyed.

Nipsey Hussle was murdered outside of his Marathon Clothing store in South Central Los Angeles on March 31, 2019. Suspected killer Eric Holder was arrested three days after the slaying and pleaded not guilty to the charges.

Holder appeared in court earlier this month with a new attorney who claimed he suffered from significant mental health issues and had just lost his mother when the shooting occurred.

Police are still looking for the suspects in Indian Red Boy’s murder. The man who captured the Instagram Live video paid tribute to his fallen friend on Saturday (July 10).

Indian Red Boy’s killing marks at least the 10th rapper to be fatally shot this year. Hot Boy Ju, OG YD, DThang and Chucky Trill are among those who have lost their lives in 2021 to gun violence.

HipHopDX sends our condolences to the Rivera family.