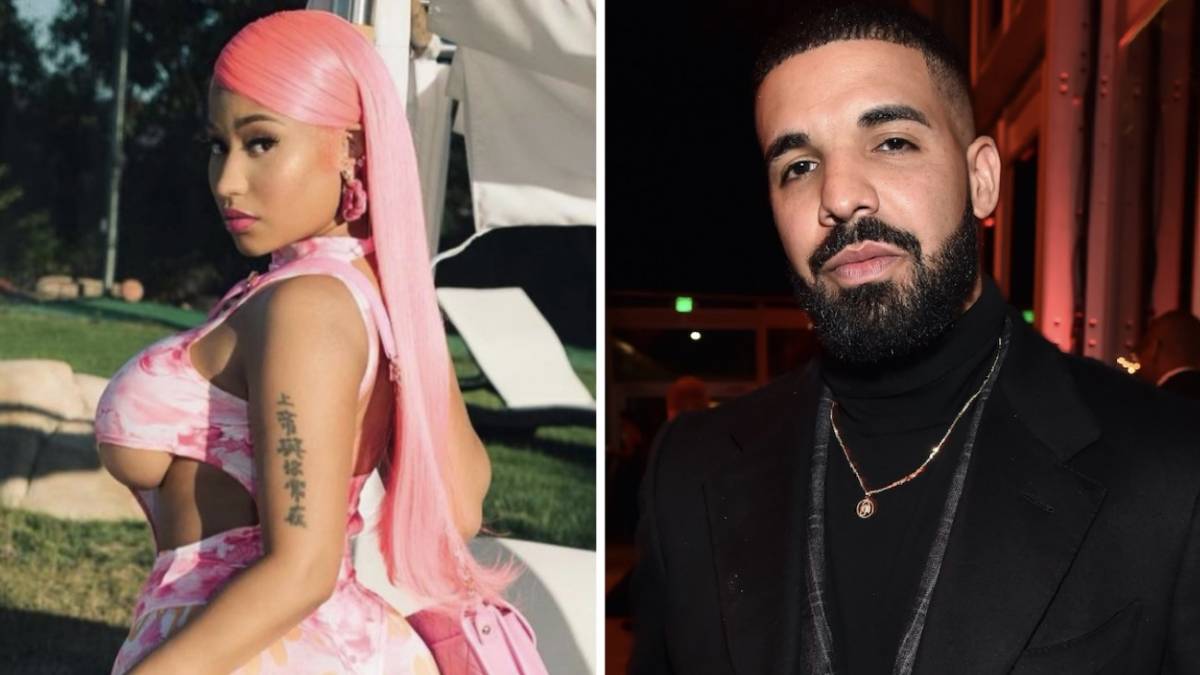 Drake and Nicki Minaj have a close friendship that dates back to their time as the fresh new faces of Hip Hop in Lil Wayne’s Young Money collective in the early 2010s. Years later, their friendship hasn’t missed a step as they were recently hanging out with each other and possibly recording new music at Nicki’s house.

On Thursday (July 8), Nicki decided to have some fun with her “little brother” during her surprise Instagram Live chat with Los Angeles rapper BIA. According to Nicki, Drake had constantly been texting her all night, asking about BIA.

“Champagnepapi, stop texting me please and go to your big booty ting,” Nicki said, “Drake going to text me talking about BIA fine.”

Nicki seemed annoyed by Drake’s flirting, but BIA said nothing in response before breaking her composure and letting off a small laugh.

“Punch you dead in your face,” Nicki told Drake.

The “ting” that Nicki could be referring to might be the woman Drake was caught having dinner with around the same time the Queen rapper’s Instagram Live was going down. An ABC7 helicopter reporter Chris Cristi spotted the 6 God seated in an empty Dodger Stadium with high school basketball phenom Amari Bailey’s mother Johanna Edelburg.

“@DRAKE ON A DATE? Randomly just flew over this cozy couple enjoying a private dinner along the third base line at an empty Dodger Stadium from #Air7HD @ABC7 #Drizzy,” Christi wrote in his tweet with photos from his chopper.

Fans think Drake could be dating Edelburg after he’s been spotted courtside at her son’s games. Bailey is teammates with LeBron James son Bronny on Sierra Canyon High School’s basketball team and Drake would show up to games with The King. However, suspicions grew after Drizzy would show up to games by himself.

Things got out of hand on social media when Drake sat next to Edelburg at a game in June with Michael B. Jordan in attendance.