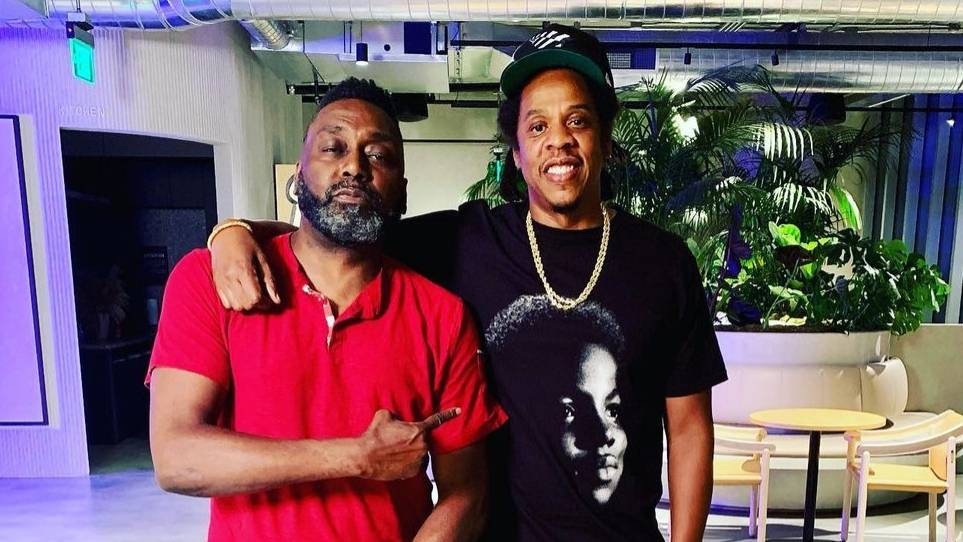 Big Daddy Kane got the internet buzzing after he posted an Instagram photo of himself with his arm around JAY-Z earlier this month. Rumors of an impending collaboration started to fly, but HipHopDX soon confirmed Kane was simply interviewing the Roc Nation mogul for his upcoming Netflix documentary Paragraphs I Manifest.

During a recent conversation with DX, the inimitable Hip Hop icon briefly expounded on the topic and confirmed he already had a laundry list of legends locked and loaded for the series.

“I got JAY-Z, Eminem, KRS-One, Doug E. Fresh,” he said. “I even got some of the battle rappers like Goodz Da Animal and Aye Verb, so it’s coming out real good. I’m supposed to do Common on Monday.”

And it looks like the Common interview did go on as scheduled. On Monday (June 21), Kane shared another Instagram photo of himself standing next to the Grammy Award-winning MC and the caption, “Much love to @common and the StuyVision crew. We almost done. #paragraphsimanifest.”

Big Daddy Kane has been dabbling in film more often these days. On Father’s Day (June 20), TV One premiered Bad Dad Rehab: The Next Session, a film starring Kane as Owen, Lamman Rucker (Why Did I Get Married) as Mr. Arnold, Blue Kimble as Chauncey, Onye Eme-Akwari (Queen of the South) as Marshall, Carlo Mendez (90210, Parks and Recreation) as Hosea and Chrystale Wilson (The Players Club) as Marjory.

As the title suggests, each male character in the movie have greatly stumbled on their fatherhood journey and must atone for their sins — but it’s not going to be easy. So, they start attending a support group for fathers who need help making amends with their children. Throughout the film, Kane really got a chance to show off his acting skills, which was initially what attracted him to the role. 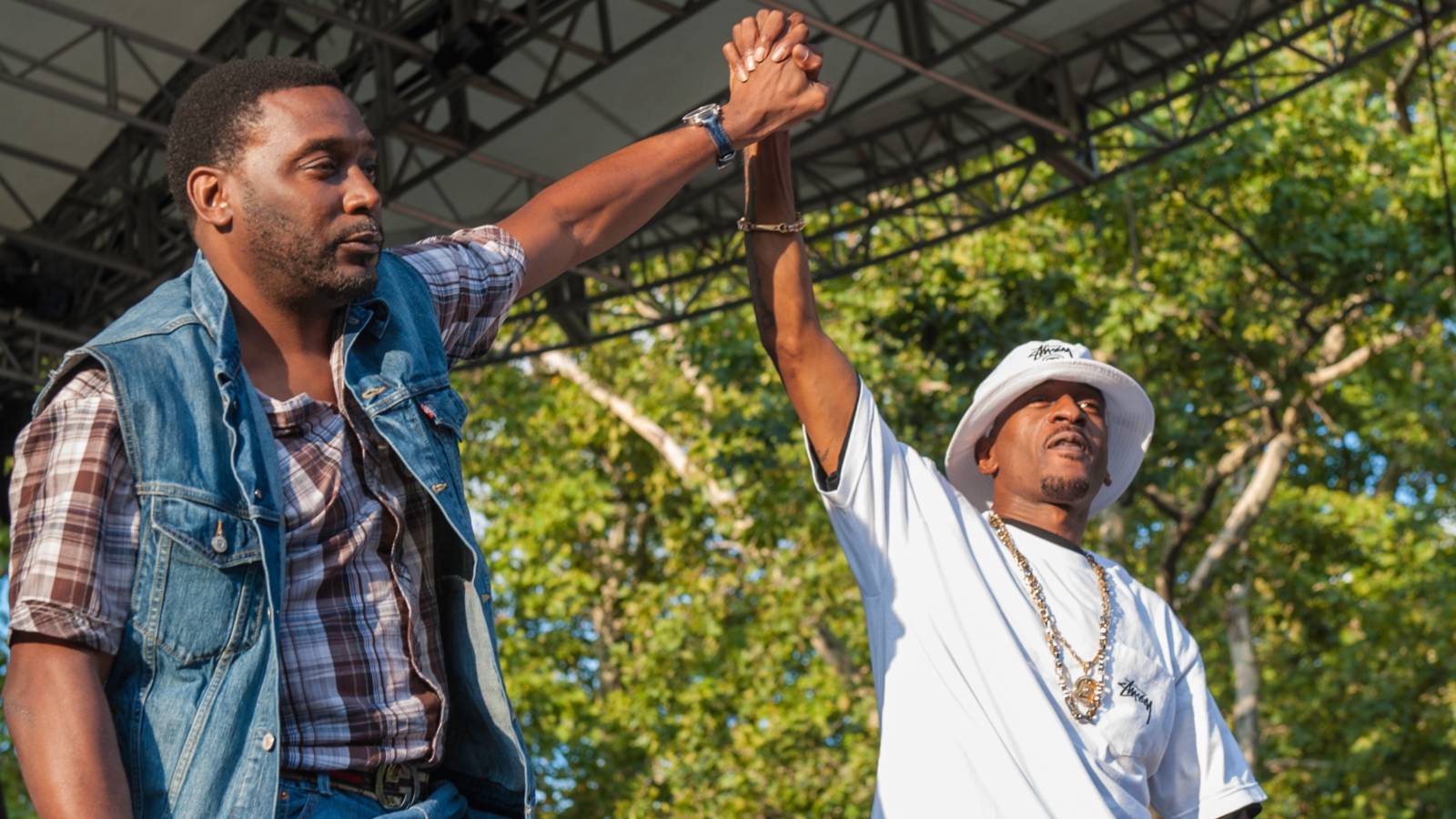 “It’s a dramatic role where I get to exercise my acting chops as opposed to the regular stuff, when they all normally want me to play a gangster or rapper,” he explains. “So it’s an opportunity to really show the acting techniques. And also I love it when you get to see a father doing the right thing, even though it’s the type of situation where these are fathers that have been doing the wrong thing but turning their life around to make amends and do the right thing. So I thought that was a good look from that aspect.”

Kane’s character had an affair that resulted in a daughter who he pretended didn’t exist for over 30 years. Once he decides to mend their fractured, practically non-existent relationship, he isn’t exactly welcomed with open arms. In one scene, his daughter tells him she’s “wasting” her time even meeting up with him. Kane knows this is a story that’s all too familiar.

“There are men who are going through situations like this now,” he says. “A man’s nature is to hide any weakness, hide any shame that he may feel. When there’s a situation where you can embrace and deal with a problem, conquer it, figure out how to do the right thing and rise above it, I think this is a good representation of that situation.”

While Big Daddy Kane wasn’t able to pull directly from his life experiences for this role, he did admit it was tough to juggle fatherhood with his career early on when he was constantly on tour in the late ’80s/early ’90s.

“I have a 32-year-old son,” he says. “And I’m not going to lie, when he was little I was mainly on the road most of the time, but it’s not like I was out of his life. It’s just that I wasn’t there every step of the way. I was still in his life though. I still spent time with him and took him places. Matter-of-fact, me and Kool G Rap, we was talking not too long ago about the ‘Don’t Curse’ video when he ran passed G Rap, Grand Puba and Pete Rock, punching them all in the nuts [laughs].”

Big Daddy Kane didn’t have an exact release date for Paragraphs I Manifest, but it’s on the way. In the meantime, Kane is focused on getting back on stage. Over the weekend, he and Rakim performed for a Juneteenth festival in Philadelphia, so it appears he’s just getting warmed up.