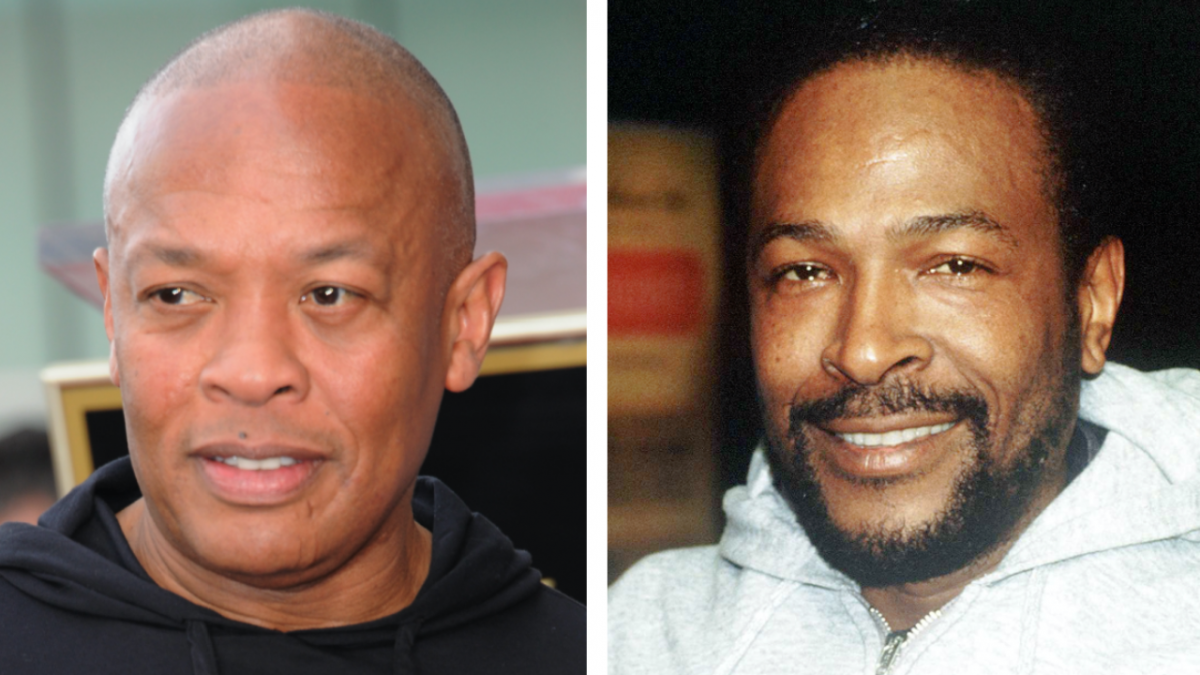 Dr. Dre is set to produce the upcoming Marvin Gaye biopic What’s Going On for Warner Bros., according to Deadline.

Interscope Records founder Jimmy Iovine is also producing alongside Andrew Lazar, with one half of the Hughes Brothers, Allen Hughes, on board as director. As a duo, he’s arguably best known for directing classic West Coast movie Menace II Society starring the likes of Jada Pinkett Smith, Samuel L. Jackson, MC Eiht and Too $hort.

With a budget upwards of $80 million, What’s Going On is set to have the biggest budget ever for an African American music biopic. The Marvin Gaye estate and Motown Records are also on board, with the singer’s widow Jan Gaye serving as an executive producer alongside Suzanne de Passe.

An actor hasn’t been cast to play Gaye just yet, but production is set to begin in 2022 with the film set to arrive in 2023 through theaters and HBO Max.

“This is so personal for me,” Hughes said. “When I made my first film with my brother, we were fortunate to get ‘What’s Going On’ into the trailer for Menace II Society, and it was a game changer in elevating the marketing of that film. Every film of mine but the period film From Hell had some Marvin Gaye in it, and I’ve just always connected to him. He’s the artist’s artist, with this ethereal voice that just comes out of the heavens. There have been plenty of great artists, and then Marvin, in his own lane.

“When you listen, in one measure you feel like you’ve read a novel. Such a rich inner life in that voice, heavenly but riddled with pain, the agony and ecstasy at the same time. When he gained his independence in the ’70s, with that album What’s Going On, then Trouble Man and Let’s Get It On, I Want You and his final masterpiece Here, My Dear, when it comes to vocal orchestrations and the way he layered his voice, he’s Mozart.”

He added, “You’ve heard of all these big-name directors that have tried for 35 years to consolidate these rights. This started with Dre, saying, ‘Let’s do this together,’ and then Jimmy came on, and Andrew Lazar, and we worked with the estate, with Motown and some other things that needed to be tied down, and we got it done.”

What’s Going On is said to “create a musical odyssey and theatrical experience around the life of one of America’s greatest singers and musicians,” with the movie telling stories of past events that shaped Marvin Gaye’s last tour. It will also detail his relationship with his father and the women who influenced Gaye’s music.

Allen Hughes previously wrote and directed the 2017 HBO series The Defiant Ones about the careers of Dr. Dre and Jimmy Iovine. He’s also working on a five-part FX docuseries called Dear Mama about 2Pac and his mother Afeni Shakur.