Dynamic Hip Hop duo The Cool Kids embodied the innovation and stylistic freedom of the SoundCloud rap era well before its time during their rise as off-kilter backpackers at the height of their reign in the early 2000s — with hits such as “Black Mags” creating a unique buzz surrounding then-teenage MCs Chuck Inglish and Sir Michael Rocks.

Highlighted by their fan-acclaimed and widely popular 2008 EP The Bake Sale, which reached No. 64 on the Billboard 200 Chart during a 10-week stand upon release, The Cool Kids managed to cultivate a cult fanbase over the years with commercially appealing albums such as When Fish Ride Bicycles and Special Edition Grand Master Deluxe.

Following a multi-project effort last year, fans of The Cool Kids should prepare for the pair to flood their timelines with even more new music. In a lengthy Instagram post, Sir Michael Rocks announced The Cool Kids’ return, revealing he and Chuck Inglish are prepared to release three full-length albums and a new single featuring Atlanta rapper KEY! after locking in and recording for more than two years. 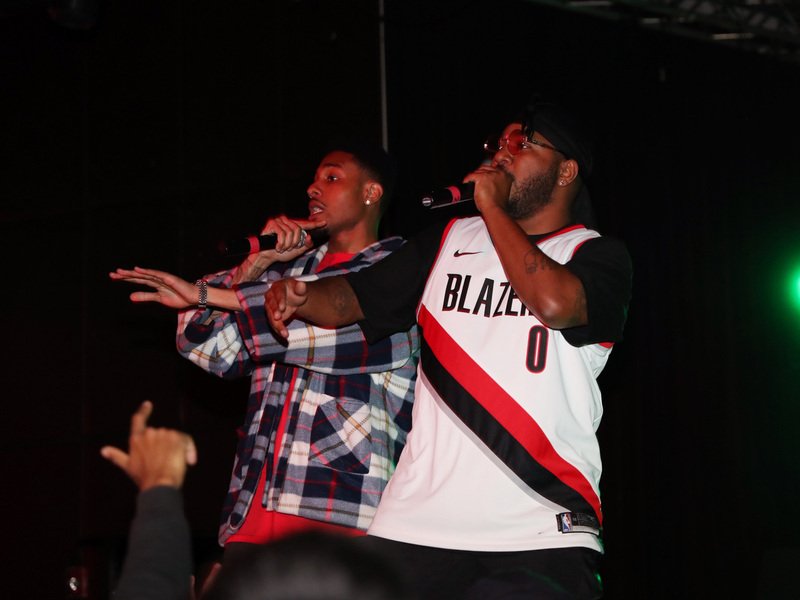 The Cool Kids Team With Cardo For 'Got Wings' EP

“WE (@thecoolxkids ) STARTED MAKING THIS ALBUM OVER THE COURSE OF 2 YEARS,” Sir Mikey wrote in all caps. “WE RECORDED IN THE CITY, THE DESERT, HAWAII ETC. WE TALKED ABOUT LIFE, PURPOSE, THE RAP GAME AND EVERYTHING WEVE SEEN THUS FAR. THATS HOW WE CAME UP WITH THE TITLE OF THE ALBUM “BEFORE SHIT GOT WEIRD.” LIFE HAS BEEN WEIRD FOR A WHILE NOW, (WEIRD CAN BE GOOD AND BAD BY THE WAY ) WE WANTED TO CAPTURE THE ESSENCE OF THE TIMES BEFORE THE SWITCH GOT FLIPPED.

“THAT ENERGY, THE FUN, THE IMAGERY THE SKILL. ALL DAT….IT WOULD BE IMPOSSIBLE TO FIT ALL OF OUR VIBES ONTO ONE SINGLE ALBUM, SO THIS NEW PROJECT WILL BE A 3-PART TRIPLE ALBUM. ONE SOLO ALBUM FROM ME, ONE FROM @OLDINGLISH AND THE GROUP ALBUM WITH BOTH OF US. WITH THAT BEING SAID, HERE’S OUR FIRST SINGLE “HIBACHI” FEAT @FATMANKEY DROPPING THIS FRIDAY. STRAP IN, CUZ ITS TIME.”

While Before Shit Got Weird will be the first time The Cool Kids drop separate albums at the same time, both Chuck Inglish and Sir Michael Rocks have released solo music in the past. Mike dropped as recently as last year, offering his Broken Window Of Opportunity album, while Chuck delivered his last project, Ev Zepplin in 2016.

As a unit, The Cool Kids have remained consistent over the years, delivering their crowd-pleasing Alchemist-helmed Layups EP in 2019 followed by their Got Wings collaboration with Def Jam/Taylor Gang producer Cardo. The Cool Kid also released their 13-song Volumes album last year featuring guest verses from Guapdad 4000, Boldy James and production from The Alchemist and Kenny Beats.