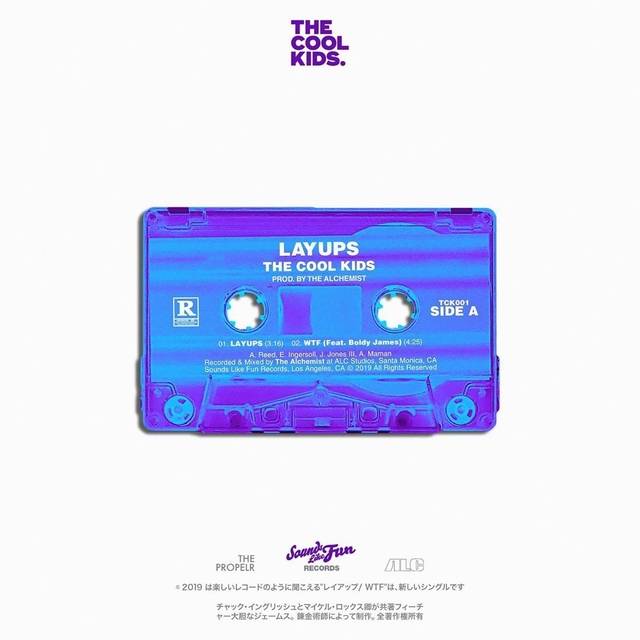 Layups couldn’t have been a better title for the Cool Kids’ new Alchemist-produced EP. Because getting a project’s length worth of beats from Alchemist is quite literally a layup for anyone that’s ever rhymed before – and The Cool Kids are far from just “anyone.”

The duo’s dazzling rhymes have been duly noted since their late 2000s mixtape days and most recently on 2017’s Special Edition Grand Master Deluxe album and they haven’t appeared to take any bars off.

This EP only runs three songs long making it a grand total of 10 minutes, however. Both the beats and bars are so downright hard that it only adds to the tape’s authenticity – almost as if it’s too street to be streamed.
The tape opens up with “WTF” featuring Boldy James that bodes cascading horror movie keys and equally as petrifying vocals from Chuck Inglish who scream-raps “What the fuck is this! Ay, you ain’t cold! Run yo shoes and yo coat!” before Sir Michael Rocks gets to his haunting verse. All verses contain strong raps and on-brand references to gremlins, wolves and other scary night sermons but it’s just that; a specifically chilling four-minute rhymefest. Nothing more, nothing less.

The clam after this horror storm rolls in next with the much more laidback and re-listenable track “Polansky.” Alchemist sneakily keeps the same baseline as “WTF” but with just with pleasant jazz horns, hi-hats and piano keys. It’s a shorter back-and-forth posse cut featuring Shorty K and Boldy James. It’s the title track that bodes the duo’s best rhyming, songwriting and Alchemist most intricate instrumentation. While the metaphoric chorus calmly chants “don’t shoot if it’s a layup” both Chuck and Sir Micheal Rocks get busy on their respective verses.

Chuck of course with the MVP-level basketball bars delivering lines like “This ain’t a team picture/You just shooting by yourself, I was never playing with you/Finger roll ice and my footwork nic/Pulling up from downtown and my wrist work slight.”

There isn’t a ton of content to really latch onto on Layups, as it’s shorter than most rappers’ music videos these days. The beats and bars still come in with one fell swish and do their job. If anyone is looking to take a break from all the emo-pop-rap running ramped on today’s streaming services, take a trip to DatPiff and let the Kids take you to school.