Cam’ron kicked off a fiery relationship with one of his neighbors in Miami back in March that gave fans some humorous and frightful moments. Just when people thought the dramatic fling was over, Cam’ron is back with some more eventful footage.

On Monday (June 7), the Harlem rap legend shared a video on Instagram showing his neighbor trying to forcefully enter his apartment unit. According to Cam’ron, a friend came to visit him when they spotted the neighbor lurking around his door, not knowing who she was.

“Its too early for this shit,” he wrote in the caption. “This my fault. I’ve been naming this situation ‘The Neighbor’ and now this bitch really thinks we are in a sitcom. I’ve been gone for a month so I thought shit was cool. My bro @nowwutdotcom came to check me and didn’t know what 19C looked liked he thought she was just someone who lived on my floor.”

Cam continued, “When I opened the door she tried to breach da crib. I Grabbed my phone to record, I have a plethora of evidence. To all my family and friends, if you come see me make sure no one NO ONE is lurking in da elevator or hallway. I did all I can not to go to police, but now it’s getting physical.”

In the video, fans see Cam’s friend attempting to enter the apartment while the woman tries to squeeze her way in. She seemed upset that Cam’ron didn’t tell her about his return home so she made the unexpected visit. Cam and his friend managed to get her out and shut the door, but the neighbor managed to break the door and enter once more before the footage cuts off.

If this ongoing situation isn’t staged like most people are believing, then Cam’ron may need to get law enforcement involved before it gets any more out of hand. Last month, Cam’ron was going to get police involved after the neighbor vandalized his pink Audi with sticky notes. 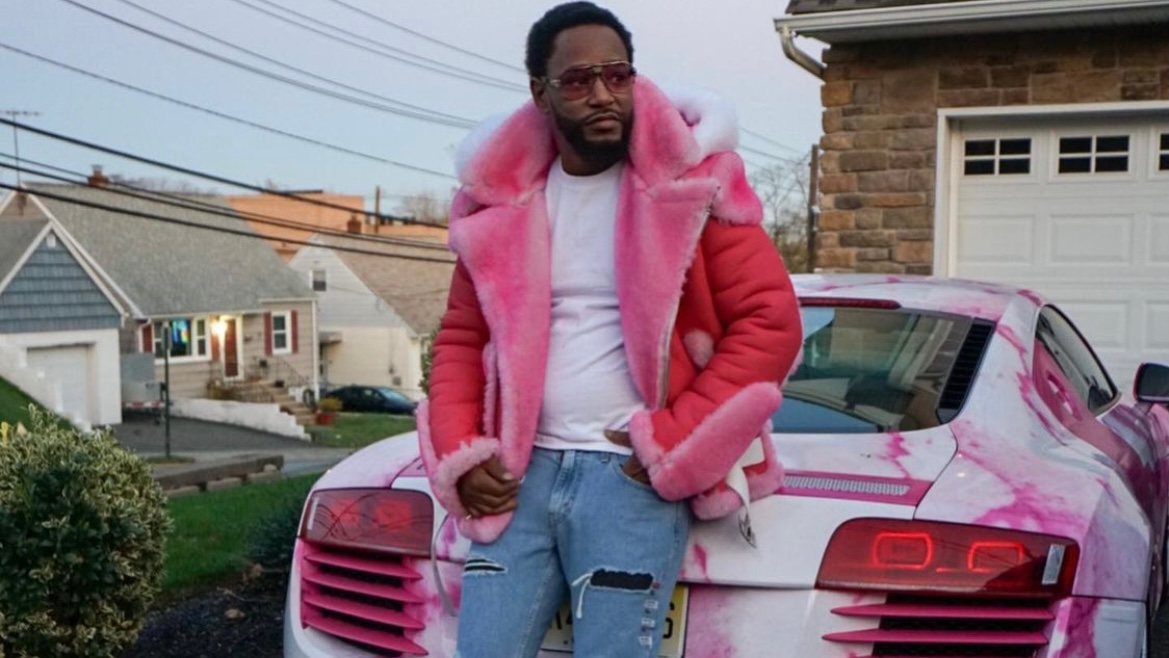 “So if you seen yesterday I had The neighbors sister with me and I gave her that Blue mixed wit @pinkhorsepower She might be pregnant,” Cam explained in the caption of one of his videos. “This is why.. I landed and see this on my car..talking bout ‘maybe now You’ll get my messages’ yea ight.. don’t play with my property.”

Cam continued to drag his neighbor, “You going to jail!!! And you about to be an aunt. I was gonna drive to the precinct like this but then i thought how dumb I look..and I couldn’t see.. anyway.. season 2 coming with her sister.”