Joe Budden and the demise of The Joe Budden Podcast have been heavy topics of conversation over the past week. But now, the infamous talking head and former Slaughterhouse MC is facing another controversy.

On Monday morning (May 17), DJ and podcast host Olivia Dope posted a 26-minute Instagram video accusing Budden of sexual harassment, which she says happened during Episode 16 of the See, The Thing Is podcast on The Joe Budden Network. According to Olivia, Budden made numerous sexual advancements toward Olivia while on the show.

“On January 18, 2021, Joe Budden sat in on a recording of the female-led podcast I was a part of and continuously made sexual, suggestive remarks to me that made me extremely uncomfortable as well as fearful of dampening the mood if I didn’t laugh along while he made those sexual remarks to me,” she said. “Those moments not only live on the internet forever, it also forced me into the decision of quitting the podcast.

“It was traumatizing, embarrassing and I’ve decided that I have to actually speak up because not only was it important for me to walk away from it, it also is important for me to speak up to let others know this probably wouldn’t be the best situation for you to enter into, working with this person.”

She added in the caption, “Why I quit the Joe Budden Network. Episode 16 of ‘See The Thing Is…’ was the final straw of 3 months on the JBN. It took a lot to get to this point to speak up, but the healing begins now.”

Olivia Dope went on to note every minute mark that needed an edit because Joe Budden had said something inappropriate.

Pointing to minute 14:34, she said, “There’s an editing in the recording because Joe says him and I should speak more because he ‘been wanted to fuck me since we’ve met.’ Everyone in the studio laugh uncomfortably while one of my co-hosts confirmed that to be true.

“I am mortified by this revelation not only because it was done in front of the entire production staff but it was done while we were recording audio as well as visual. That scene was cut out and it jumps to Joe repeating we should speak more because we have the least dialogue.”

She also highlighted minute 19:26, noting, “Another edit happens because Joe makes another suggestion to having sex with me. What is shown right after that is me closing my eyes, saying no and then he says ‘Never mind.’”

Elsewhere in the Instagram video, Olivia talked about minutes 31:42-35 in which Joe Budden made her feel like she was in a “hostile work environment” by letting her co-hosts know she’s “carrying the group because they don’t dress sexy enough.”

She added, “Not only am I embarrassed for myself in being objectified but also you’re making other women that I have to work with on a regular basis uncomfortable by telling them they don’t dress sexy enough. I pretty much react by looking away and looking down in discomfort.

“He has actually said this in the past and it created a passive aggressive and competitive environment within myself and my former co-hosts, where she admittedly attempted to shut down every idea I brought to the table because it wasn’t well-received by Joe and Ian, his business partner.”

Shortly after that particular segment, Olivia allegedly goes into the green room where Budden is sitting and he asks her if she’s OK. She said she wanted to avoid further conversation or uncomfortableness, but he requests an on-air hug to “lighten the mood.” She complies despite her better judgement.

One of the most difficult things I’ve ever had to express in my life. The healing begins now.

But Olivia says that’s not exactly what happened. At the 2:16:03-mark, Budden returns and says, “Olivia is unique because I want to fuck Olivia.'”

“This scene is edited out,” she explained. “But what’s left is me widening my eyes in shock and embarrassment because after he asked if I was ok and said he wanted to lighten the mood, I didn’t think he would once again reference wanting to have sex with me.” 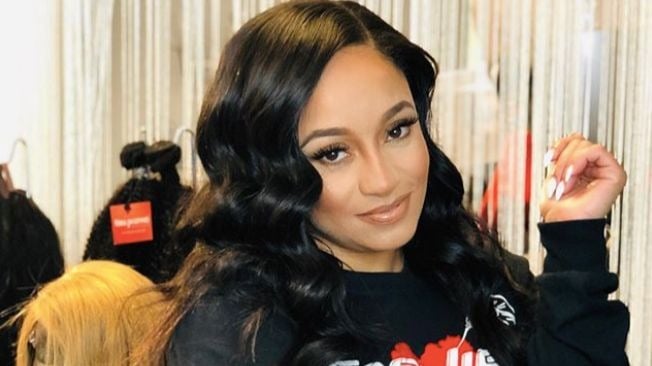 Olivia said she’s telling her story now in hopes of helping other women who are experiencing sexual harassment on the job.

“I’ve been feeling stuck, mentally, emotionally…I’ve even had to have a conversation with my daughter on why it’s important for you to speak up when someone crosses a boundary with you because there is now footage of her mother on the internet with somebody crossing a boundary with her mother,” she confessed. “And that’s on there forever and I want to lead by example and let her know that that is not how somebody should speak to you. And if somebody does cross that line, you have to speak up.”

In August 2019, Joe Budden denied having a history of tearing down women in an interview with Variety, saying, “That’s such a false narrative, I don’t understand where comes from and it shouldn’t be created. I was raised by a single mom. I was raised to believe — and I still believe — that women are the greatest creatures on this fucking earth. The greatest. I don’t understand where that comes from.”