Kevin Gates has been flying under the radar as of late, but he became a trending Twitter topic on Sunday (May 16) after a clip of Ugandan singer Vinka went viral.

In the video, Vinka is performing on a South Sudan stage in a red leotard and black stockings when a man in the crowd attempts to grab her private parts. She immediately starts kicking the man until he’s no longer a threat to her.

Ugandan singer @IamVinka appears to kick out at a fan who tried to touch her private parts during a performance in South Sudan pic.twitter.com/1hDItscIqy

Not long after the clip made the rounds, comparisons between Kevin Gates and Vinka’s conduct began popping up left and right on Twitter. In October 2016, Gates was found guilty of battery in Polk County, Florida for kicking a female fan during a Lakeland concert the previous year. According to Gates, the woman was attempting to paw at his penis, which he didn’t appreciate.

Nonetheless, a judge sentenced Gates to 180 days in Polk County jail, with credit for any time served, and fines and court costs. He was convicted by a jury of six women after one day of testimony.

The alleged victim, Miranda Dixon, admitted to tugging on Gates’ pants during the Rumor’s Night Club concert in August 2015 but maintained in court, “I was trying to get his attention for my friend.”

Wasn't necessary for Kevin Gates to kick a female fan for touching him during his performance. pic.twitter.com/KVp9ItOZEV

Speaking to Complex at the time, Gates explained, “Life is about conduct and how we conduct ourselves, but two wrongs never make a right. But I’ll say this, I’ll use Nicki Minaj again ’cause people tell me that women love her and people love her: If I was to go front row while she was on stage performing and stick my finger in her pussy, and she kicked me in the mouth and knocked one of my gold teeth out, I would be wrong. 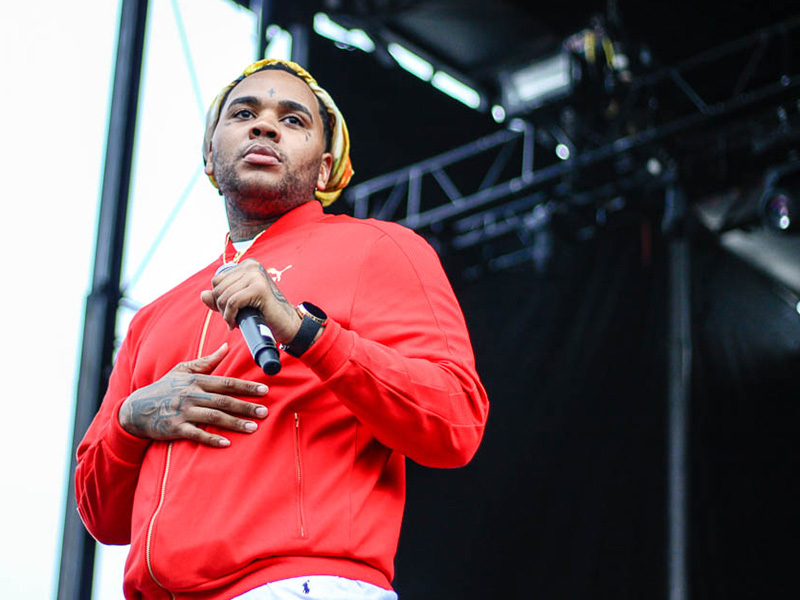 Kevin Gates Is Set To Be A Free Man This Month

Gates also dropped a track about the incident called “The Truth” in which he stuck with his story. After serving his time, Gates was released in March 2017 and put the unfortunate circumstance behind him. But Twitter was happy to resurrect the ordeal after it appeared Vinka wouldn’t face any consequences for her actions.

Kevin Gates seeing Vinka kick a fan on stage for trying to touch them inappropriately pic.twitter.com/mwTQZEuYTn

I remember Kevin Gates went to jail for kicking the girl tryna grab his Dick and he said shit would be very different had he been a woman and a man tried to touch her puss. And here it is he’s proven correct https://t.co/0KfttJ4Bu7

Kevin Gates did the same thing but yall said he was wrong https://t.co/6YPokJSRX0

Remember when Kevin Gates did this and everyone said he was wrong? 😂 https://t.co/acYxMdb5VJ

I was on kevin gates side, and i’m this woman side as well. Knock tf out of anyone who touch you inappropriately tf. https://t.co/EOrJtwlYU8

Kevin Gates Kicks Someone For Grabbing His Nuts ….And He's Worng ?

I Think They Both Are In The Right https://t.co/JMOiZzGW3s

So why did everybody hate Kevin Gates for doing it 🥲🥲 https://t.co/EuAwolUOxF

Kevin Gates really went to jail for 180 days for kicking a fan who touched him like that…… fans really need to be held accountable for their actions cuz that’s sexual assault https://t.co/0QZhtoYiLb

Kevin Gates literally got bashed for this exact shit but y’all called him “ Abusive “ 🤦🏽‍♂️ https://t.co/NJZ6JZwxTW

I remember when Kevin Gates did the exact same thing and went to jail for 6 months https://t.co/paAg4K0sn2

y’all said Kevin Gates was “ gay “ and wrong for hitting a woman for doing the same thing but nothing to Vinka? I fully support that she kicked the dude but yall need to apologize to Gates cause he was basically defending his self as well. https://t.co/dHru3UDLPe