There was a time in 1999 where NBA legend Kobe Bryant spent three weeks honing his rap skills and created a Hip Hop album tentatively titled Visions. There were plans to release the album and Kobe kicked off the rollout with the infamous “K.O.B.E.” featuring Tyra Banks as a single. The song failed to gain any real momentum and the album was shelved indefinitely.

However, on Thursday (May 13), fans will be able to hear the unreleased album as it was leaked online ahead of Kobe Bryant’s Naismith Basketball Hall of Fame induction this weekend.

The story goes that after Shaq kicked off a multi-platinum rap career, Steve Stoute —- president of Sony Urban Music at the time —- wanted to repeat that success with the Black Mamba. Stoute signed Kobe to a deal and moved him from Los Angeles to a crib in New Jersey to work on Visions.

Kobe Bryant in 2000 made an entire album, it has finally been fully recovered and leaked 🕊 pic.twitter.com/LxAgae001K

A first look at the tracklisting shows that Kobe was aiming for the stars with this album. Visions is stacked with high-profile guest features from Destiny’s Child, Nas, 50 Cent, Beanie Siegel and Black Thought. Kobe putting his bars up against respected lyricists like Nas, Beanie, 50 and Black Thought is a testament to his willpower in being the best at whatever he does.

At 16 tracks long, Kobe was really going for an unquestionably Hip Hop album. Visions is peppered with samples by Rodney O and Joe Cooley’s “Everlasting Bass,” Run DMC’s “My Adidas,” Lauryn Hill’s “Doo Wop” and more. Kobe’s impressive wordplay is worthy of a listen too as he incorporates various topics like motivation, determination and establishing a laser-like focus.

While the basketball world enshrines Kobe into the Hall of Fame on Saturday (May 15), the music world continues to speak on Black Mamba’s legacy outside of the court. Los Angeles rap legend Ice Cube recently compared Kobe to the iconic martial arts master Bruce Lee. 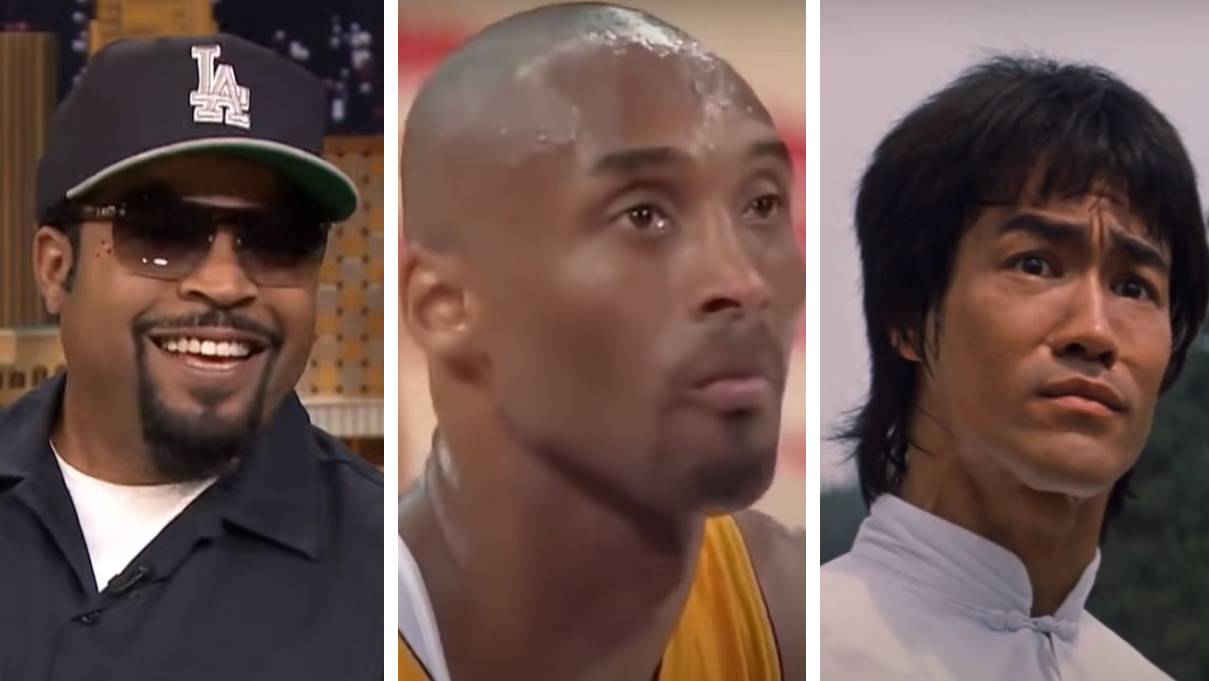 “It’s like losing a superhero. I remember having a superhero like Bruce Lee and finding out he… you know. I put Kobe in that category in a way,” Ice Cube said. “So it’s a great loss to our courage in a way. People like Kobe help of all of us, summons the spirit in us, you know what I mean? To be the best.”