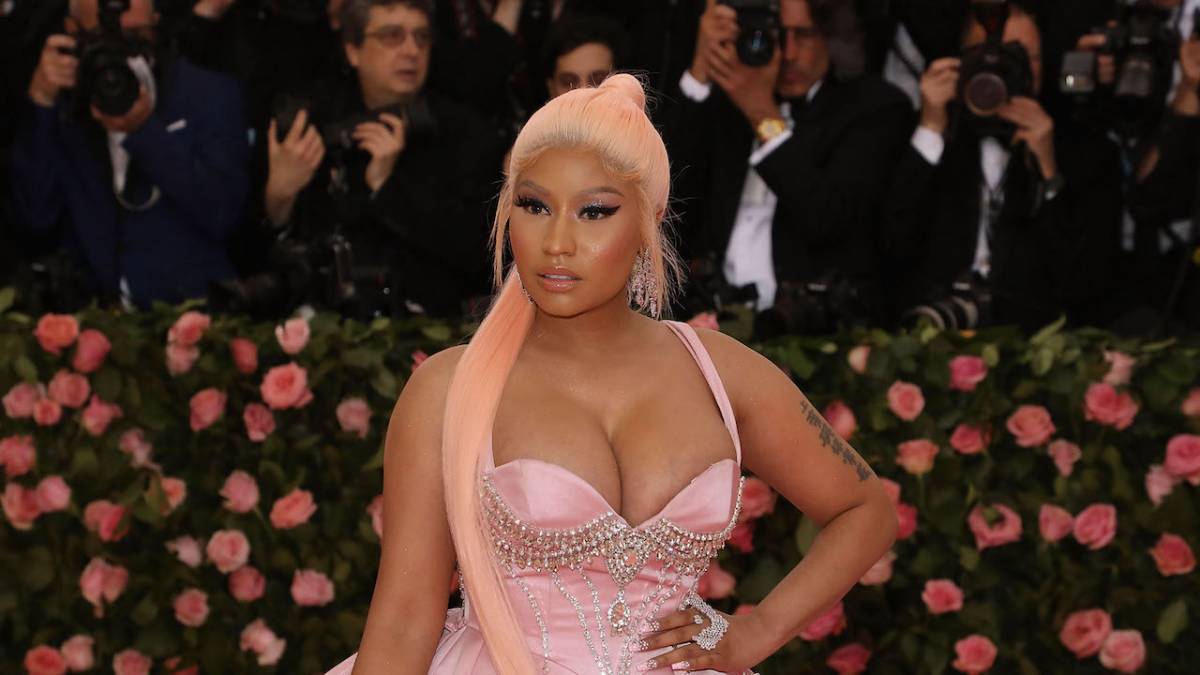 Nicki Minaj got married, had a baby and understandably took some time off to focus on her family. But now, Black Barbie is ready and raring to go. On Thursday (May 13), the multi-platinum artist shared a pair of photos to her Instagram account showing off her physical assets.

Rocking nothing but a pink “ICON” hat and a tiny pair of bikini bottoms, Nicki used her arms and hands to censor the parts that could get her kicked off of Instagram.

This marks the second time Nicki Minaj has stripped down for the camera in two days. On Tuesday (May 11), she caused a spike in Crocs sales when she posed semi-nude in a pair of pink Crocs surrounded by several Chanel products. According to The Sole Supplier retailer, Nicki’s Crocs and Chanel Instagram photo on Monday (May 10) caused a 4,900 percent uptick in the sales of pink Crocs and unprecedented traffic to the official website of the clogs’ designer, which reportedly crashed.

Nicki hasn’t dropped any solo releases since her 2018 Queen album, but her ever-loyal legion of fans mounted a campaign earlier this month that led to the “LLC” track landing in iTunes U.S. Top 30 chart.

But not everybody thinks Nicki should come out of retirement. During an episode of The Joe Budden Podcast — prior to the show’s implosion — Budden, Rory and Mal were discussing DJ Khaled’s album Khaled Khaled when Nicki came up.

“It’s time,” Mal said in reference to Nicki making a comeback. “It’s time for a Nicki album,” to which Budden said, “Did you not just hear everything we said about Khaled dropping during COVID. You want Nicki to drop right now? Nicki, I love you, I wish you and your family well, and that’s what I got.”