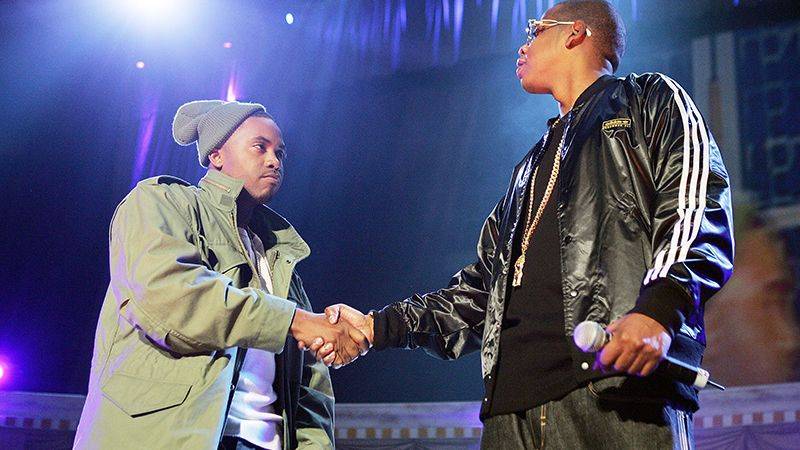 JAY-Z and Nas had one of the most highly publicized beefs in Hip Hop history. Multiple diss tracks and tense public interactions plagued their relationship for years. Although they recently appeared on the DJ Khaled track “Sorry Not Sorry” together, there was once a time when that never would’ve happened.

During an interview with REVOLT’s Drink Champs series, 3rd Bass legend MC Serch sat down with co-hosts N.O.R.E. and DJ EFN to discuss a myriad of topics, including his extensive history with Nasty Nas.

At one point in the conversation, N.O.R.E. brought up how JAY-Z called out Serch on the 2001 Nas diss “Takeover” with, “And you ain’t get a coin, n-gga, you were getting fucked then/I know who I paid, God: Serchlite Publishing,” in reference to using the Nas sample.

“[Jay] gave me a check for $2,500, I delivered it to [Zomba Music Group]. But if you look at the liner notes on ‘Dead Presidents,’ Nas is one of the publishers. So that line can live as much as it lives, but Jay don’t own a piece of Nas’ catalog, but Nas owns a piece of Jay’s catalog. And that’s a fact though.”

Printed on the liner notes of JAY-Z’s 1996 album Reasonable Doubt is Nas’ “Ill Willl Music” as a publisher under “Dead Presidents II” alongside Nas’ government name (“N. Jones”) as a writer. After executive producing Illmatic, Serch said he decided to look at their working relationship a little differently.

“I wasn’t going to be the Jew to take advantage off the Black man,” he explained. “I don’t need to get wealthy off Nas, and I don’t. My checks are very humble and I’m OK with that ’cause they’ll go for the rest of my life. When you look at streaming, Illmatic streams 400 million a year to this day. I get my fair share.”

Elsewhere in the interview, Serch talked about his upcoming Breaking Anonymity podcast, his sordid history with MC Hammer, MF DOOM’s shocking death and why he’ll never drop the “MC” from his name. Watch the full interview above.