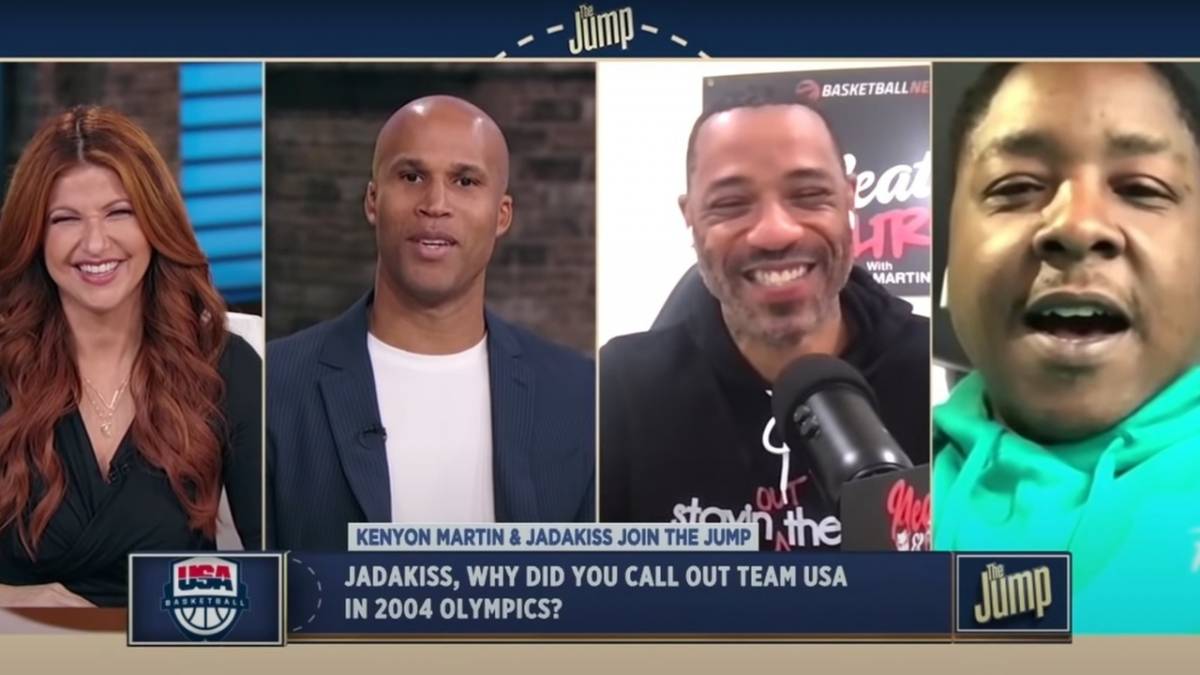 Jadakiss is known for dealing painfully relevant punchlines, such as his jab at Tory Lanez following the shooting incident with Megan Thee Stallion on ItsBizkit’s “Outside” track last year.

In a new interview for ESPN’s The Jump on Tuesday (April 6), Kiss jaws with NBA champion Richard Jefferson about a punchline from his 2004 “Why? (Remix)” while promoting his new Neat & Unfiltered podcast with former New York Nets player Kenyon Martin Sr. — who Jefferson insisted was the true reason for the diss. 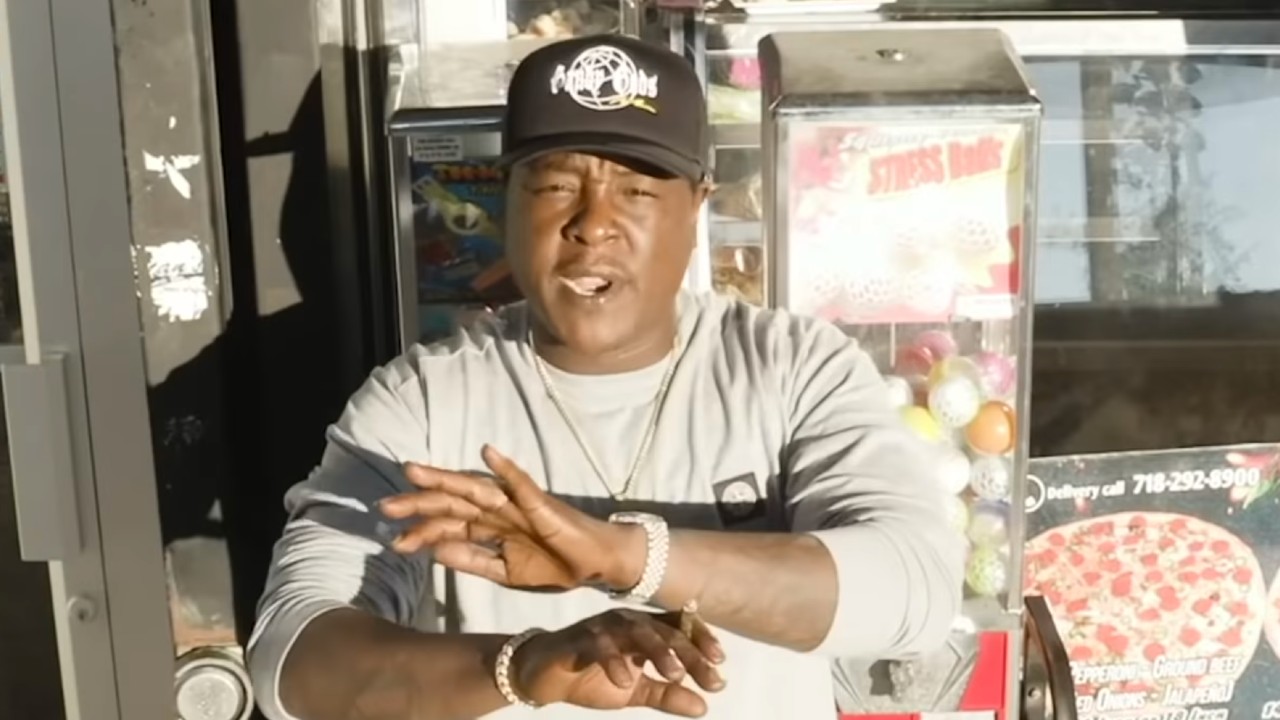 “Okay, real quick I just got to air some beef,” Richard Jefferson said directed at Jadakiss.

“One, Jada I’m still upset about the ‘Why (Remix).’ I’m upset about that because you talked about the 04 U.S. Olympic team getting blown out and part of that reason was because Kenyon said he wasn’t coming. So I just wanted to get that out there.”

The track Jefferson referred to peaked at No. 11 on the Billboard Hot 100 chart, features Anthony Hamilton and originally arrived on Jadakiss’ 2003 album Kiss Of Death. The following year, Kiss dropped a remix to the record after the men’s U.S. Olympic basketball team with a roster featuring LeBron James, Allen Iverson and Tim Duncan, among others, fell short of the gold medal in Athens. On the “Why ? (Remix” Kiss raps, “‘Why my cases ain’t get thrown out?/Why team USA keep gettin’ blown out?,'” seemingly acknowledging the disappointing loss.

However, the Ignatius rapper quickly replied and deflected, performing damage control while assuring Jefferson that bullets from his lyrical arsenal don’t have a name on them.

“I had nothing to do with that,” Jadakiss teased. “It was just current events you know I love sports and it was current events it wasn’t a personal joke.”

Coincidentally, Jadakiss and Kenyon Martin Sr. discuss LeBron James and the L.A. Lakers in a segment on their Neat & Unfiltered podcast, and somehow, the universes aligned and Kiss found himself as the topic of conversation for the four-time NBA champion. 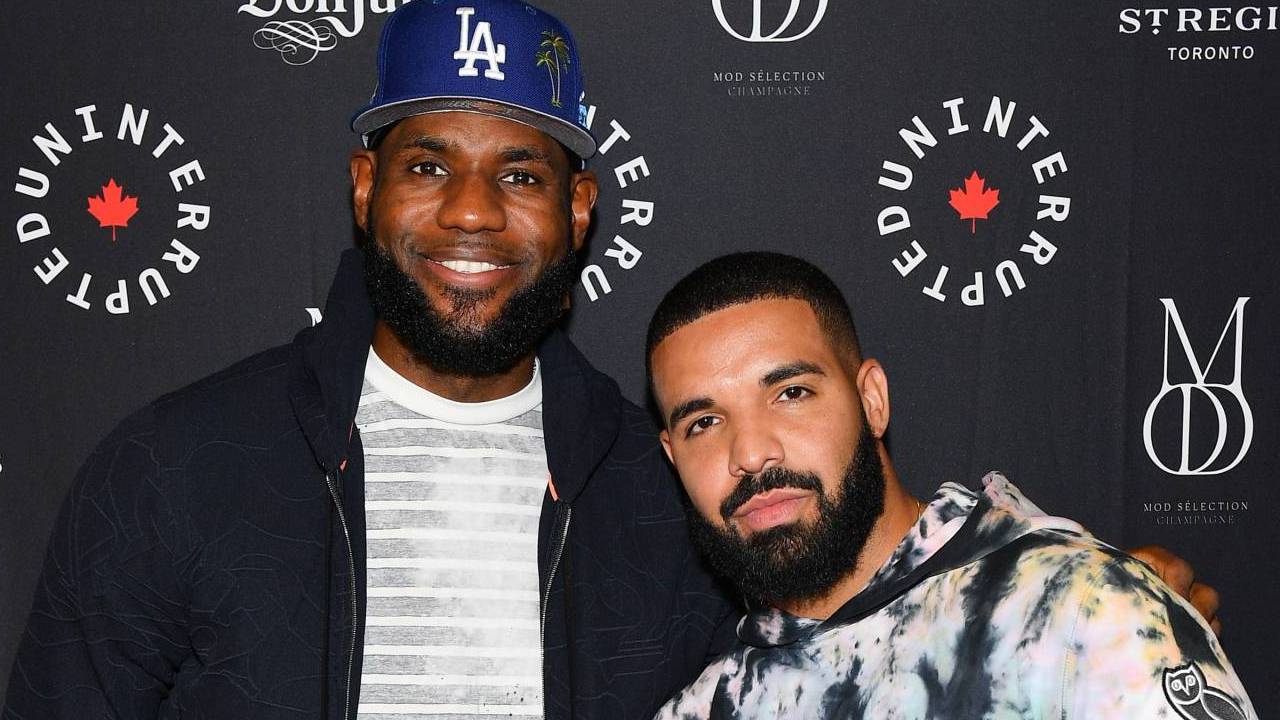 Following the Lakers’ win over the Toronto Raptors on Tuesday, LeBron also vouched for Jadakiss’ veteran lyricism when he compared himself and two of his teammates to members of the New York native’s rap trio The Lox in a quick Instagram story shout out — and of course James made it clear he would reprise Jadakiss’ role within the group.

Tune in to the latest episode of Jadakiss and Kenyon Martin Sr.’s Neat & Unfiltered podcast, featuring their discussion on the hostile DM’s between Kevin Durant and Michael Rapaport.