Kodak Black and YoungBoy Never Broke Again have had a rocky relationship over the years, but that doesn’t mean the Bill Israel rapper is basking in his recent arrest. As someone who knows firsthand the misery of prison, Kodak clearly feels for the 21-year-old YoungBoy, who was taken into FBI custody in Los Angeles on Monday (March 22).

Shortly after the news broke, Kodak head to Instagram Live and explained why he wasn’t celebrating YoungBoy’s latest run-in with the law.

“Nah, I ain’t happy YB went to jail,” he says in the clip. “Fuck I’m happy he went to jail for? That was my lil bruh at one point. The fuck I’m happy for? We street n-ggs, that could be anybody.”

Kodak Black speaks on NBA Youngboy getting locked up.

YoungBoy was taken into custody on a federal warrant, but law enforcement had to track him down first.

According to TMZ, the Baton Rouge native was stopped by Los Angeles Police Department (LAPD) officers then attempted to drive away, taking officers on a short pursuit. Once he was stopped, he tried to flee on foot once the vehicle was stopped. Sources say officers were forced to set up a perimeter and deploy a K9 unit to help sniff him out. Police allegedly discovered weapons inside YoungBoy’s vehicle, but it’s unclear if they belonged to him.

Video of the arrest surfaced online on Tuesday (March 23), providing a closer look at what exactly happened. In the clip, several police officers had the street taped off as a helicopter circled above. One officer commanded the platinum-selling rapper to “come out with your hands raised and follow directions.” He then prepared YoungBoy for the K9 unit to be deployed, adding, “When the dog finds you, do not move.” The dog ultimately sniffed YoungBoy out and he was quickly placed in handcuffs. As of publication time, he hasn’t been released from custody. 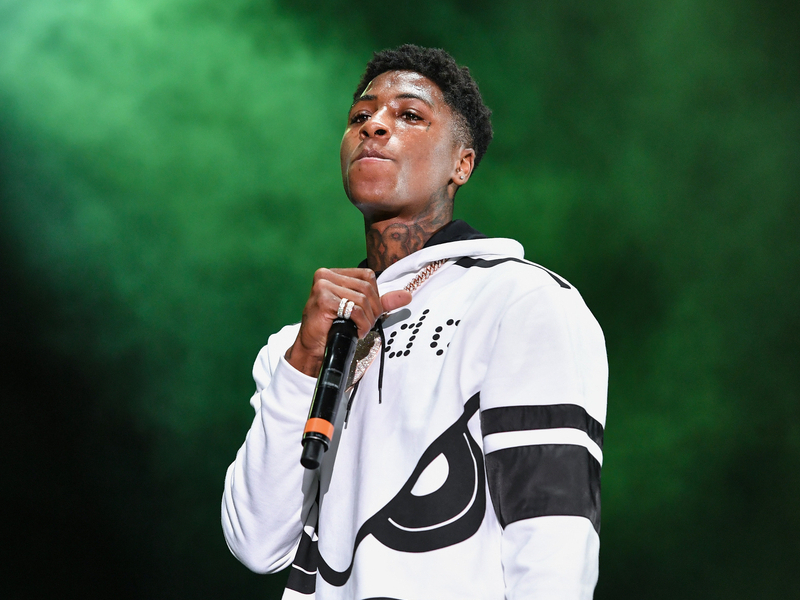 In January, Kodak was one of several prisoners who received a presidential pardon from Donald Trump during his last day in the Oval Office. But Yak still faces a sexual assault charge in South Carolina and Florence County prosecutors have been making their case. Kodak’s pardon doesn’t protect him from the South Carolina case in part because presidential clemency applies to federal, not state charges.