One of the ongoing conversation topics in Hip Hop is the differences between the old and new generations of the culture. They frequently hate on each other, but there are instances where both sides do embrace such as J. Cole interviewing Lil Pump in 2018. In the case of comedian Aries Spears, he’s not even going to try to understand the current generation.

Avid Hip Hop fan and comedian Aries Spears is known for his spot-on impressions of legendary rappers such as LL Cool J, JAY-Z, DMX and more, but he’s also known for his blunt, honest takes on contemporary Hip Hop. On Sunday (February 28), the former MadTV cast member took to his Instagram to rant about the new generation and how bad he thinks Hip Hop’s state currently is.

“Whaddup it’s your boy Aries Spears, aka Old Head,” said the comedian. “Listen, I wanna ask the young generation a question, seriously. How is it that y’all don’t get bored with the current state of Hip Hop and what y’all are doing to rap? When everything sounds the same. The melodies, the same. The beats, the same. The cadence, the same. The flow, the same. Everything AutoTune.”

After mocking the AutoTune sound many rappers use today, Spears called out a few prominent artists for lacking originality saying, “From NBA YoungBoy to Lil Baby to Rondo Quando, none of you n-ggas sound different. There’s no individuality or originality.”

Spears didn’t stop ridiculing the new generation in the clip. The criticism continued in the post’s caption where Spears asked which new rappers could carry the legacies left by Black Thought, Nas, Biggie and more.

“NOT TO MENTION U CANT UNDERSTAND THE LYRICS AT ALL!!!!,” he wrote. “WHAT U DO MAKE OUT IS THE SAME SHIT, MY MONEY, MY CAR, MY GUN, MY HOE! (REPEAT). WHERE IS THIS YOUNG GENERATIONS VERSION OF BLACK THOUGHT (INSANELY LYRICAL) NAS (RAPPING BACKWARDS) BIGGIE (INSANE STORY TELLING) ALA “N-GGAS BLEED” BIG PUN (COMPLEX WORDPLAY) WTF!!”

As if the post wasn’t enough, Spears wanted to drive his point home with more Instagram posts that supported his claim. One of the posts had Black Thought’s scorching 10-minute freestyle over Mobb Deep’s classic “Burn” instrumental on Funk Flex’s radio show. In the other post, Spears explained why the new generation needs to make timeless music if they ever want to get the proper respect.

“You can secure the bag AND MAKE QUALITY MUSIC AT THE SAME TIME!!,” Spears wrote in part of the caption. “It’s called being ambidextrous! We criticize ya’ll cause your lazy!”

This isn’t the first time Spears has made some blunt remarks regarding the culture. In 2016, the veteran comedian dissed Keegan Michael Key and Peele during an interview with VladTV for their lack of blackness and authenticity. Three years later, Spears issued somewhat of an apology after seeing Peele’s success in Hollywood.

“The stuff I said about Key and Peel on Vlad, again, if I didn’t believe it, I wouldn’t have said it, but if we are being honest, trying to advance your career to a certain place, what you say, once it’s out there it’s out there,” Spears said in an interview with Comedy Hype. 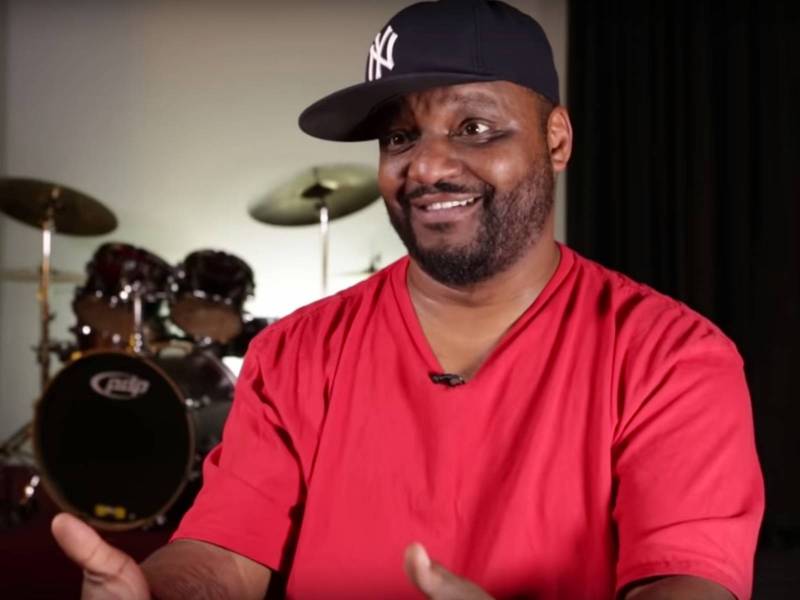 Aries Spears Says He Auditioned For Jordan Peele After Dissing Him

He continued, “And people, you know, even if you assume or you would like for them to take what you said the right way, they to take it how they take it — or if someone gets in their ear, you fucked yourself. Like Dave Chappelle, when keeping it real goes wrong.”