FBG Duck was shot and killed last August in the middle of Chicago’s Gold Coast, the city’s strip of luxury brand retail shops. The burgeoning rapper was shopping with a woman and another man when two vehicles pulled up on them and four men opened fire.

The murder was a shock to the city, given no incident like what occurred that afternoon typically happens in the area. Duck was a member of the Gangster Disciples and a month before he passed, he dropped a single titled “Dead Bitches,” which took vicious aim at several of his deceased enemies who were members of the rival Black Disciples. Many felt the BD’s retaliated and were therefore responsible for Duck’s murder, but that doesn’t seem to be the case.

During a recent interview, Swagg Dinero, the brother of former Chief Keef rival Lil Jojo — another Gangster Disciple rapper killed in Chicago in 2012 — felt the murder resulted from the street lifestyle himself and many rappers in the city adopted. When asked if the song “Dead Bitches” brought any negative energy to Duck, Dinero answered with a firm no.

“That be that outside looking in shit,” Dinero said. “I mean, it don’t matter whether that record was put out or not. We still hot. Both sides is hot. If you around, then you around, you know. You in bounds and the field is a field, so if you in bounds, it can go down at any time. So with that record or without that record, we still was in this shit. It’s timing, man. I don’t know if it was his time, but I pray it wasn’t his time, but you know what I’m saying, I don’t know. But it wasn’t the record, fuck the record.”

Dinero knows a thing or two about that street lifestyle. He joined the Gangster Disciples alongside Lil Jojo at a very young age. Jojo was embroiled in a bitter feud with Keef months before he passed. The late rapper went back and forth with Keef and Lil Reese, uploading music videos to YouTube and sending tweets aimed at the head. 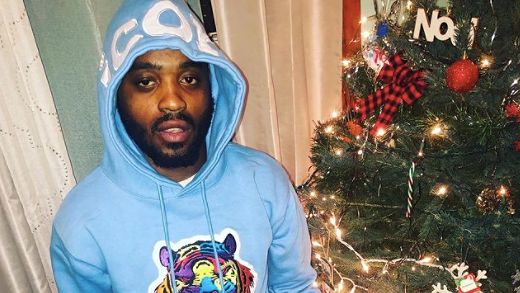 On February 6, Duck’s affiliate and alleged cousin BCR Meezle was shot and killed at a Chicago hotel party. The Chicago Sun-Times reported the shooting occurred early that day at Indian Lakes Hotel. Police said they received a call around 2:35 a.m. local time and discovered multiple gunshot victims inside upon arriving to the scene. An ambulance rushed Meezle to St. Alexius Medical in Hoffman Estates, where he was pronounced dead at 3:16 a.m. local time.

Watch the “Dead Bitches” video below.