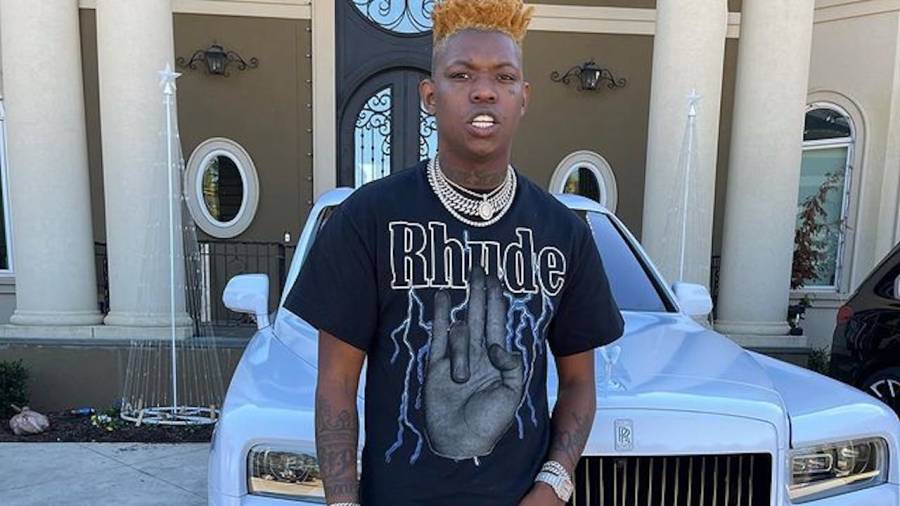 Yung Bleu clearly has respect for Boosie Badazz. The two are currently on a promo blitz for Bleu’s “Ghetto Love Birds” single, which includes a $5,000 cash prize.

On Saturday (February 6), the HipHopDX Rising Star shared a photo of himself with the BadAzz Music Syndicate boss, highlighting their relationship. He wrote in the caption, “Coach x MVP.”

Boosie originally signed Bleu to BadAzz Syndicate Music before Bleu shifted to Meek Mill’s Dreamchasers imprint for management. The Mobile, Alabama rapper understood — regardless of where he was label wise — Boosie would always be a mentor for him.

“I was going to do that either way whether we had a contract or not because I had albums still left with him and he ain’t have to let me go,” Bleu told HipHopDX during a September 2020 interview. “He ain’t have to let me go free and go sign a deal, you feel me? But he did. So it like, shit. I respect the man and we got a different type of relationship. I’m still BadAzz though. I’m BadAzz for life.”

In 2020, Bleu manifested a Drake assist for his “You’re Mines Still” single, propelling the rising star to become an artist to watch in 2021.

The popularity and growth of “You’re Mines Still” has seen the single rise on the Billboard Hot 100 chart to No. 32 and climbing. Still strong on manifesting goals, Bleu took to Twitter thanking fans while also acknowledging the single had new peaks to hit, tweeting on January 31, “If y’all keep going hard like this I’ll possibly have my first top 10 on billboard in a few weeks.”