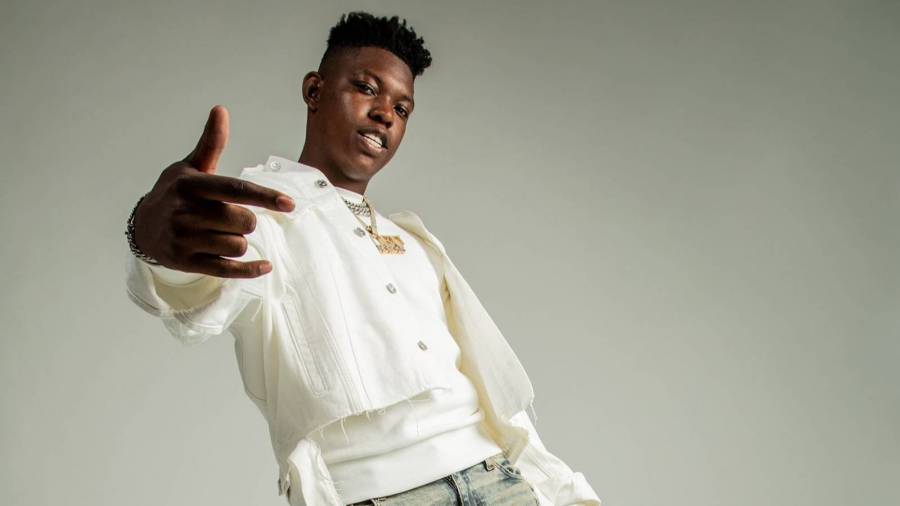 When Yung Bleu made his debut in 2013, the Mobile, Alabama product hit the road running with his brand of street-infused love records. A string of mixtapes had Yung Bleu’s name circulate throughout the South, and eventually, Boosie Badazz caught wind of the 26-year-old rapper.

Boosie took Bleu under his wing and added on to the already-growing knowledge the young rapper had on the music industry. Bleu ended up getting a deal with Columbia Records through Boosie’s Badazz Music Syndicate, a big move for the Alabama product. When it came time for Bleu to branch out on his own, Boosie let the young star out of his deal to allow him to flourish.

During his conversation with HipHopDX, Yung Bleu spoke highly of his former mentor, saying their relationship was natural, given their ties to the South.

“Me and Boosie clicked right away as far as like, just both being from the South. He always used to come to Mobile, and everybody loved him in my city, for real,” Bleu explained to HipHopDX. “He’s like the real hood legend in my city. So it was just natural that I always fucked with him. He already knew where I was from, so he was familiar with us. We clicked good right away.”

Artists that have a mentor-protege relationship with other rappers gather so much knowledge through their time together. When their time comes to take on the industry on their own, they’re already well-equipped for the task. For Bleu, Boosie’s lessons were valuable.

“I learned a lot of the stuff that I do right now as far as just based on what I saw him do, like building his estate and shit like that,” said Bleu. “He used to take me over to his house when it was getting built and when I saw Boosie had a big ass basketball court, NBA style, I’m like I got to get me an NBA-sized basketball court. I saw that nigga had the big ass pool and shit. I wanted the same thing.”

“He didn’t even have to say shit. He just wanted to motivate a nigga that’s already got hustle in him. You ain’t even got to say nothing to motivate them. All you got to do is just show them, and it just motivates them, you know what I’m saying?”

In 2019, Bleu left Columbia and Boosie’s Badazz Music Syndicate and found a home at Meek Mill’s Dreamchasers imprint. Meek initially wanted to sign Bleu but they were only able to work out a management deal which Bleu was fine with anyway. If it weren’t for Boosie believing in his protege’s talent, Bleu may have never had a chance to branch out the way he is currently.

There are situations where rappers are caught up in contracts and the label heads won’t let them go that easily. Thankfully in Bleu’s case, Boosie is very reasonable showing he was fine with Bleu running on his own, so long as Boosie got his return from his investment in the young star.

“I came to Boosie and told him I still wanted to rock with the brand but not signed to Columbia no more,” said Bleu. “I just wanted to rock independently, without a major label and Boosie was cool with it. He just wanted me to give him his profit and participation on the albums that I had left with him and I did.”

“I was going to do that either way whether we had a contract or not because I had albums still left with him and he ain’t have to let me go. He ain’t have to let me go free and go sign a deal, you feel me? But he did. So it like, shit. I respect the man and we got a different type of relationship. I’m still Badazz though. I’m Badazz for life.”

Check back with HipHopDX for our full interview with Yung Bleu. In the meantime check out his Instagram page @bleuvandross and follow him.