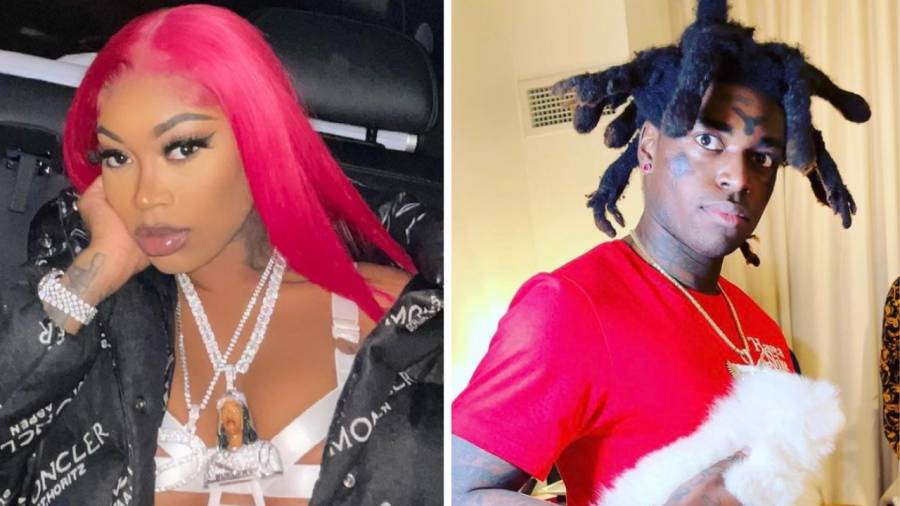 Asian Doll has a message for fans who have been criticizing newly pardoned Florida rapper Kodak Black.

Following the “Last Day In” rapper’s viral weight-loss highlighting return to social media, Kodak began trending again on Friday (February 5), after appearing in a video with his team announcing his pledge to pay the college tuition of the children of two Broward County FBI agents killed in the line of duty. Rumors and conspiracy theories labelling Kodak Black as a clone quickly began circulating on Twitter and Instagram and fueled Asian Doll’s lengthy comment claiming the Project Baby rapper needed protection rather than judgement.

“He’s changed a lot cause he’s been through a lot,” she commented on an IG video from The Neighborhood Talk. “From being in the highest maximum security prison in the US at his young age let’s not forget he was getting beat on by the guards writing letters acting us to HELP imagine that ….. so to me he look like he wanna break down thank god but the cameras are out so he’s soaking up the good energy but definitely he’s BLESSED he was chosen by GOD to finish what he was born to do Kodak is about to BIGGER THEN EVER I’m happy he’s alive & free let’s PROTECT THIS BLACK MAN y’all if GOD can forgive him so can WE.”

Though the differences in Kodak Black’s appearance and demeanor are somewhat shocking, it should be somewhat a sigh of relief to see the 23-year-old picking up where he left off in his music career on his latest track “Every Balmain.” Throughout the bouncy L Beats-produced record Kodak delivers vulgar tongue-in-cheek bars while also shouting out Tampa Bay Buccaneers’ Super Bowl contending quarterback Tom Brady and  Bucs linebacker Jason Pierre Paul.

“I got every Balmain top/Bitch, this dick is not yours/Sweater with the rhinestone/Bought my girl a Pomeranian dog/Damn near look like Tom Brady, yeah,” Kodak raps on “Every Balmain.”