Everywhere – After a week-long hype train that included thirst traps and tweet storms, Cardi B has released her newest single “UP.”

Both the song and music video dropped on Friday (February 5) with a live YouTube party hosted by the “WAP” raptress herself. Directed by Tanu Muino, the colorful video has Cardi dressed as a scantily clad widow “mourning” the death of 2020, engaging in triple kisses with her backup models and even paying homage to drill sound originators.

In a recent interview with Apple Music’s Zane Lowe, she expressed how she wanted to make a departure from the fever kicked up by “WAP.”

My last song was very sexual, very sexual, so I always want my next songs to be different than the one before. If a topic on one of my songs is money, the other topic, I want it to be about something else. When I started rapping, when I first put music out, like my mixtape, it was all… This might sound crazy, but I got really inspired of drill Chicago music. I was young, and I liked that and everything, so my mixtape was very all about gangster violence. If it’s up, then it’s stuck. That’s where I wanted to take it with this record.”

Upon announcing the single earlier in the week, Cardi opened up to her Bardi Gang on Twitter and revealed how nerve-wrecking the rollout is for her.

“I want to thank all my fans and everyone that genuinely support me,” she wrote. “I been preparing for this week for over a month. Unfortunately I’m not feeling how I wanted to feel today .I’m very happy that you guys are happy and just know I do this cause ya go so hard for me . I’m human and I believe that I’m strong but it’s just too much sometimes .I can’t thank my fans enough for lifting me up and remaining solid it really be too much.” 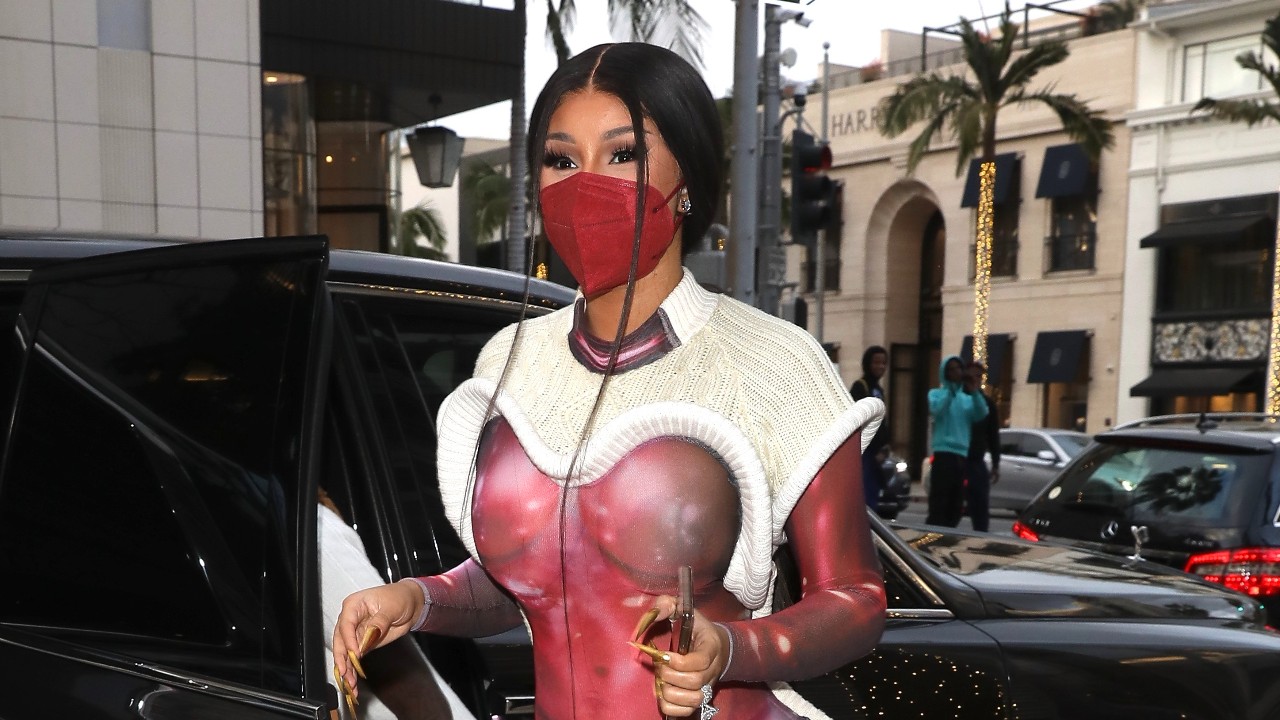 April will make three years since Cardi’s debut album, Invasion Of Privacy, which debuted at No. 1 on the Billboard 200 with 255,000 album-equivalent units.

“UP” follows August 2020’s triple-platinum hit “WAP” with Megan Thee Stallion, and the 2018 four times-platinum single “Money.” A sophomore album has yet to be announced, but fans are hopeful that the third time’s a charm!

Watch the video for “UP” below.