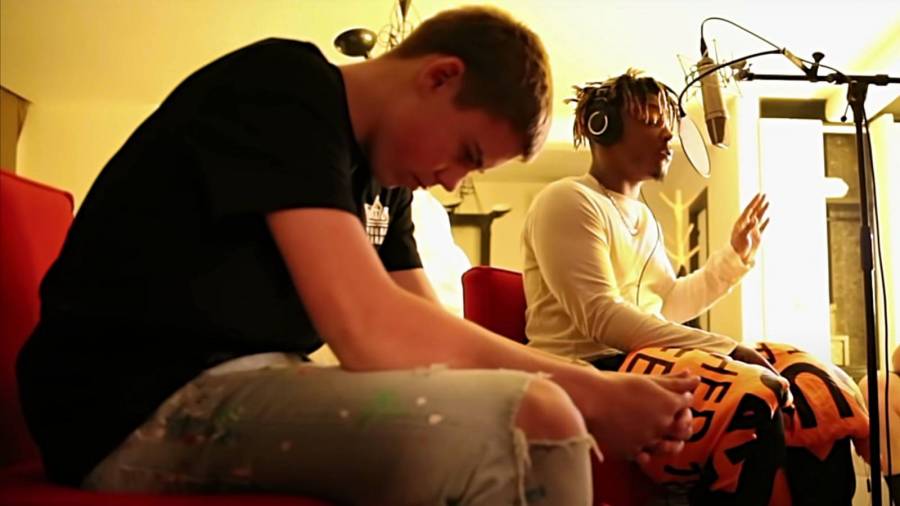 The Kid LAROI’s ascent to rap stardom has been something to marvel at when considering the success he’s seen recently. His debut mixtape F*ck Love debuted at No. 3 on the Billboard 200 chart, and LAROI found his biggest song to date on the project with “Go” featuring his late friend and mentor Juice WRLD.

The song was certified platinum by the RIAA in December, clocking in over 145 million streams on Spotify. LAROI owes a lot of his artistry to Juice since he took the Australian native under his wing before he passed.

During an interview with Our Generation Music, the young rapper spoke on his late friend and the gems LAROI was able to soak in from Juice.

“I would observe a lot of the shit he was doing,” LAROI said about his time spent with Juice. “Just being around him, I’ve always been a quiet person depending on who I’m around, but I don’t like to speak a lot, especially when I could be observing something great.”

LAROI continued, “So I was just observing a lot of the stuff he did. People always think he gave me a fucking rule book on how to record, but it was really just me observing. The stuff that he told me out of his mouth was just personal shit and life shit and how to navigate feelings and stuff like that.”

The 17-year-old made the most of his opportunity watching Juice work in the studio and applied much of what he saw to his own way of crafting hits. The inspiration was very beneficial to LAROI as he’s been having quite the blow-up.