The endless possibilities of joint albums between artists can be a tantalizing proposition for fans. Coming off of winning HipHopDX’s Album of the Year for he and The Alchemist’s Alfredo, Freddie Gibbs is open to the idea of bringing his lyrical magic into 2021 with a joint album opposite Pusha T.

Gangsta Gibbs took to Twitter on Friday (January 22) to stop any competitive comparisons between himself and King Push, but teased one day doing a potential album with the street rap veteran.

“Fuck a versus,” he wrote. “I would make this album tho.”

The idea came about thanks to the NFR Podcast, which posed the question of who was the true king of coke rap between push and Gibbs. Fans won’t see the Gary, Indiana native step into the Verzuz ring, but they’d gladly trade that in for him joining forces with Pusha in 2021.

Gibbs previously invited Pusha to lyrically spar and put their coke rap prowess on display when connecting on smooth Bandana cut “Palmolive” alongside Killer Mike. The Madlib-helmed Bandana earned a perfect rating and was HipHopDX’s Album of the Year as well. During a 2019 interview promoting the album with the L.A. Leakers, Gibbs also named Pusha as one of the best rappers alive and called him an inspiration. 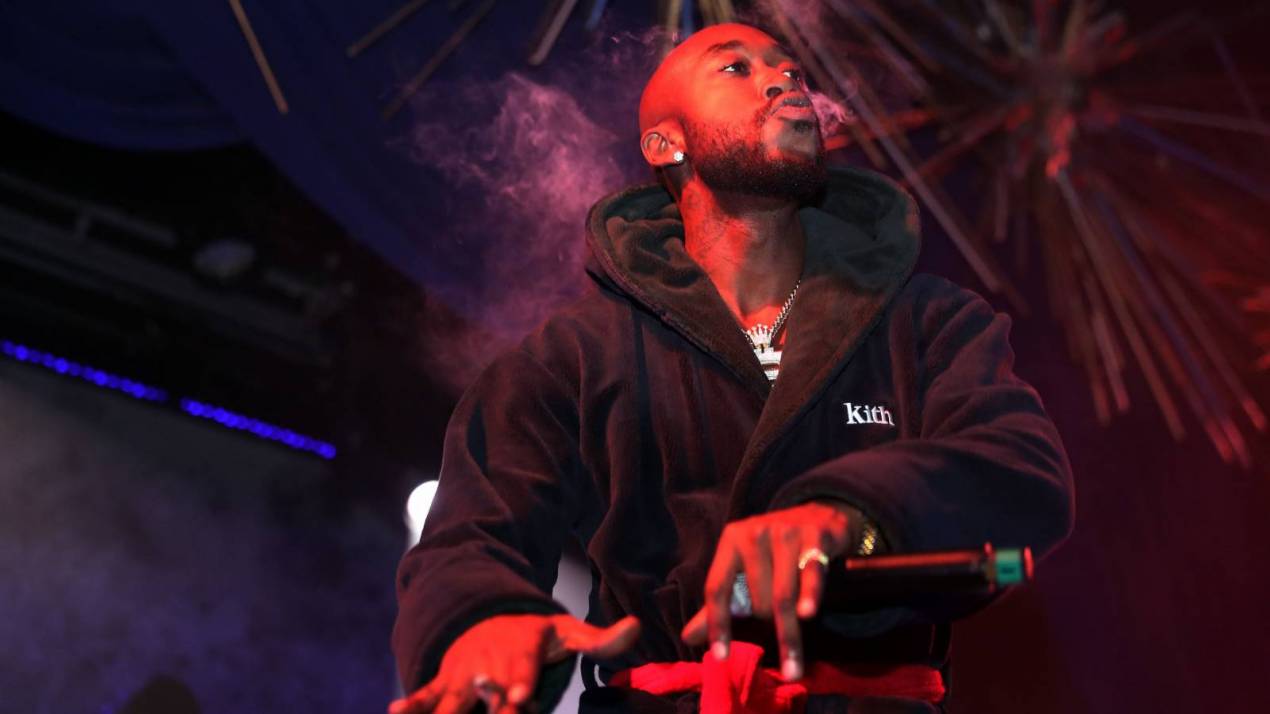 “Pusha, he’s definitely an inspiration to me,” Gibbs admitted. “I saw what he did last year with his album and the run that he went on. I think Complex named him the best rapper alive and all of that. And, I was like, damn man that was really inspirational. So, definitely gave me some gas to push forward to this.”

Check out some of the fan reactions to Gibbs and Pusha possibly teaming up below.

the amount of coke bars in this album gonna cause a worldwide snowstorm gatdamn pic.twitter.com/o3EJrTALH4

The crack dealing bars would be earth shattering pic.twitter.com/heDvKZcOjv

Yoooo if y'all make this happen for real pic.twitter.com/xYw87XKygU

They have, Palmolive on Bandana. Freddie Cane, King Push, n Killer Mike all trading Coke lines like a 1980s hollywood party. Hardest song on the album too, check it out.

That album would be nothing but hot fiya pic.twitter.com/CXyHfWSCCS

two minutes into the album. pic.twitter.com/1RkOneh1W4

GET PUSH ON THE PHONE!