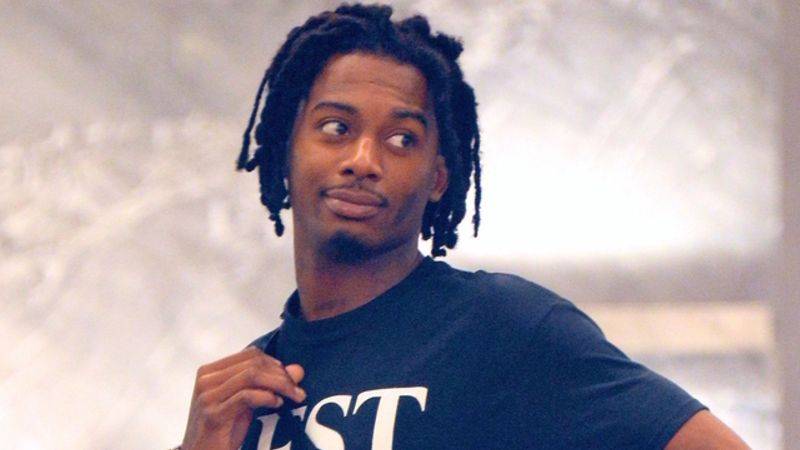 Playboi Carti dropped his highly anticipated album Whole Lotta Red at midnight EST on Christmas Day (December 25), but it’s not getting the adulation the 24-year-old rapper was probably expecting.

Executive produced by Kanye West and featuring verses from Future, Ye and Kid Cudi, the expansive project was met with a lukewarm reception on Twitter shortly after its release, with numerous people referring to it as “trash.”

But according to Carti fans, there was at least one reideeming quality — Kanye on the song “Go2DaMoon.” With lines such as “Wolverine in a sheep skin, I be goin’ off the deep end/We here for a reason, boy, we got more to do/You text just like, “Yo,” I’m like, ‘Yo, I been avoidin’ you’/Ye Jesus gang, you correct/You always askin’ for Buddha, you a Budapest (Ayy),” fans of Yeezy were thrilled to have the “old Kanye” back.

The fact Ye also dropped a line about Jesus on an album perceived to have satanic connotations also wasn’t lost on Hip Hop fans. People are cracking jokes left and right about the very vocal Christian not being aware of Carti’s Whole Lotta Red merch, which features inverted crosses.

While the upside cross is believed to be a satanic symbol, in actuality it’s associated with the martyrdom of Peter the Apostle. When sentenced to death, Peter requested his cross be upside down due to feeling unworthy of being crucified in the same manner as Jesus.

Even so, Twitter found it hilarious — and hypocritical — Mr. Sunday Service would cosign the project at all.

Check out some of the various reactions below.

After listening to Carti,… even with Kanye #WLR pic.twitter.com/EFw0rzebMx

This nigga carti should just drop leaks and call it a night…… #Carti pic.twitter.com/ABGVVijPkm

Carti on the leaks vs Carti on the album #WholeLottaRed #Carti pic.twitter.com/yIB2nf5rUA

Carti said “they thought I was gay” this Album is so bad man ? #WLR pic.twitter.com/tUsU40fGYy

THIS NIGGA RLY SAID “I got me some thots, they thought I was gay”, ong bro this mf so garbage CHRIST FORGIVE ME pic.twitter.com/qO6oNRqNvN

The real ? Uzi dropped 3 albums for us this year. Fuck Carti that shit is not rap that shit trash. Disgraceful pic.twitter.com/U5xgL0YUaV

Kanye executive produced this and this album is trash …….. but that can explain why he hasn’t had any recent leaks …. Playboi Carti what the hell happened?

i’m not blaming iggy for anything but carti been trash, even before they were together.
anyway, i hate love it makes boss ass btches do dumb sh!t pic.twitter.com/5wOwGOdQAl

I’m sorry to all my carti stans out there but this album trash. Maybe it’s cause I’m not leaning or even stoned but sober 90% of this unlistenable. Might come back to like 2-3 of the 24. Sounds like he made this shit in a night off a handful of bars and a couple cups of codeine

The best part of whole lotta red is Kanye rapping about Jesus on a satanic album @playboicarti #WholeLottaRed #playboicarti pic.twitter.com/GhgYMGO08l

#WholeLottaRed OH MY GOD KANYE SNAPPED ON GO2DAMOON THAT WAS FUCKING FIRE I LOVED THAT VERSE KANYE pic.twitter.com/MCwYd3RUdt

-CARRIED BY CUDI AND KANYE ?

-USED TO BE GOOD THEN BECAME A GAY VAMPIRE #WLR

Carti aint have to snap like this on Control. Man.#WholeLottaRed pic.twitter.com/qnYjckRF5M