Snoop Dogg found himself on the defense after an interview he did with Central Ave. went viral. During the conversation, he spoke about Cardi B and Megan Thee Stallion’s unapologetically crass mega hit “WAP” and suggested they were much too forward in their music.

“Let’s have some, you know, privacy, some intimacy where he wants to find out as opposed to you telling him,” he said. “To me it’s like, it’s too fashionable when that in secrecy, that should be a woman’s…that’s like your pride and possession. That’s your jewel of the Nile. That’s what you should hold onto. That should be a possession that no one gets to know about until they know about it.”

Following the interview, the West Coast rap legend faced some swift backlash, prompting him to post an Instagram PSA.

“Stop with the bullshit press,” he wrote on Saturday (December 12). “I love Cardi B and Megan. Music period point blank and they know I’m n full support of the female M.C. movement, so stop trying to make me a hater. U.F.D.H.B. Now carry on before u get this L.A.D. That song’s 6x platinum. Talk about that.”

“WAP” was released in August and instantly caused a flurry of controversy due to its sexually explicit nature. The song was certified gold by the Recording Industry Association of America (RIAA) in just one week and the video has since racked up over 306 million YouTube views.

The track also made Billboard history after it pulled in 93 million streams, the most for any song in its opening week. It crushed Ariana Grande’s previous record of 85.3 million for the song “7 Rings,” which was set in 2019.

But, as noted, not everyone was a fan of the song. Shortly after Melania Trump delivered her Republican National Convention speech on August 25, conservative political commentator and author DeAnna Lorraine (who unsuccessfully ran against Nancy Pelosi for Congress earlier this year) tweeted, “America needs far more women like Melania Trump and far less like Cardi B.”

Cardi fired back with, “Didn’t she used to sell that Wap?” and followed up with a nude photo of the First Lady.

Didn’t she used to sell that Wap? https://t.co/ahgIf96S6a

But Lorriane was ready with another rebuttal and replied, “Cardi B: drugged & robbed men during her time as a ‘stripper.’ raps songs about her genitalia, corrupting our youth. her husband cheated on her and she told the youth of America that it’s okay to stay with a cheating man…and Joe Biden & Kamala Harris campaign with her!” 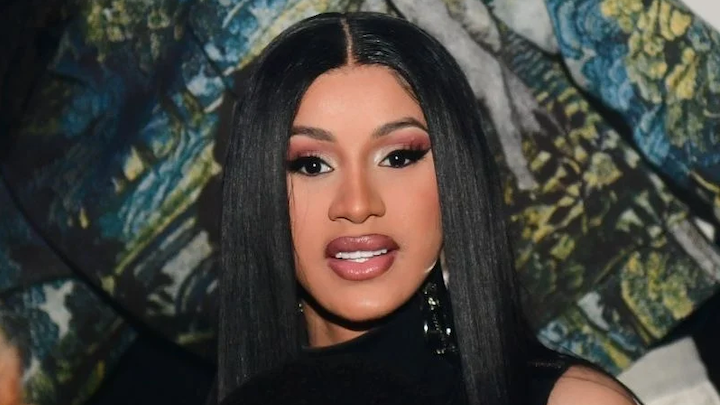 Cardi B Ethers Melania Trump In A 7-Word 'WAP' Tweet

Cardi’s husband Offset, who apparently has been forgiven by the Grammy Award-winning rapper for his alleged indiscretions, defended “WAP” following Snoop’s comments.

“She grown,” he told TMZ.   “I don’t get in female’s business so I’m just gonna stay at that and I hate when men do that. Because I don’t do that. I don’t care if a girl would’ve said something bad about me, you know what I’m saying? I just don’t get in female business; I’m grown — I’m from the South, though. So maybe the rules and laws is different.”