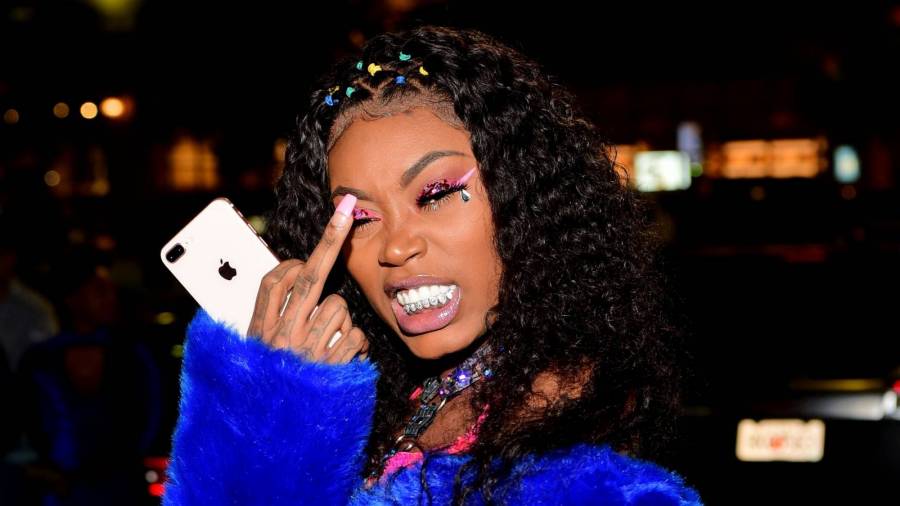 Asian Doll Ethers King Von's Manager: 'Sit The Fuck Down In That Wheelchair'

Hours after Francois called her tweets “goofy shit,” he spoke with Akademiks during an Instagram Live session and implied she was crazy.

“She’s talking about she’s talking to Von through her spiritual advisor from after death,” he said. “So, you talkin’ to the dead now, Asian Doll?”

But Asian Doll, Von’s former girlfriend, wasted no time going in on Francois and took to Instagram Live to tell him exactly how she felt.

Asian Doll responds to Von’s manager doing an interview with Akademiks and telling her to chill cuz she wasn’t there. pic.twitter.com/FdeJTewL39

Asian Doll added in a separate clip, “Know your place. Sit the fuck down in that wheelchair. ‘Cause we saw you. We saw what happened. Fuck one angle. Fuck the next angle.

“Everybody saw what the fuck happened. And I wasn’t there. Just like y’all wasn’t there. And when I said whatever came out of Von mouth, that shit is real. ‘Cause the n-gga in the car said it. I’m not, like, making this shit up.”

King Von’s ex girlfriend Asian Doll has been very vocal about the lack of help Von received from his friends during the deadly shootout that cost him his life. Von’s manager had some very shady comments to say about Asian Doll and here is her response. #kingvon #otf #oblock #chiraq #asiandoll #quandorondo #nbayoungboy

The controversy popped off on Sunday (November 8) when Asian Doll shared King Von’s alleged final message to her.

“Von’s last words ‘y’all let them n-ggas get up on me,” she wrote. “stop crying y’all let them get me. Y’all left my boy when he was unarmed & he would’ve hawked mfs down for them & spent AGAIN & AGAIN & AGAIN sh*t crazy I knew my boy HEART & LOYALTY wasn’t deserved he OK tho.”

From there, Francois — who was at the Atlanta hookah bar with Von when the shooting started — jumped on Instagram and denied anything like that took place. He also insisted anyone not present at the scene shouldn’t be speaking on the incident.

“Let one more person from the outside that’s close to Von keep on with all this goofy shit,” he wrote in one of his Instagram Stories. “I promise I’ma expose all that goofy shit, ’cause I was there n got shot behind this. Y’all stop blaming people y’all don’t even know what happen or who was involved. Y’all see one camera angle and think y’all figured it out. That goes for [ex]-girlfriend, family, or whoever.”

Von was one of five people hit outside of the Monaco Hookah Lounge and was initially rushed to the hospital in critical condition. Not long after the news broke, his producer Chopsquad DJ confirmed he’d succumbed to his injuries. On Saturday (November 8), police charged 22-year-old Timothy Leeks with the murder as he underwent treatment at Grady Hospital.