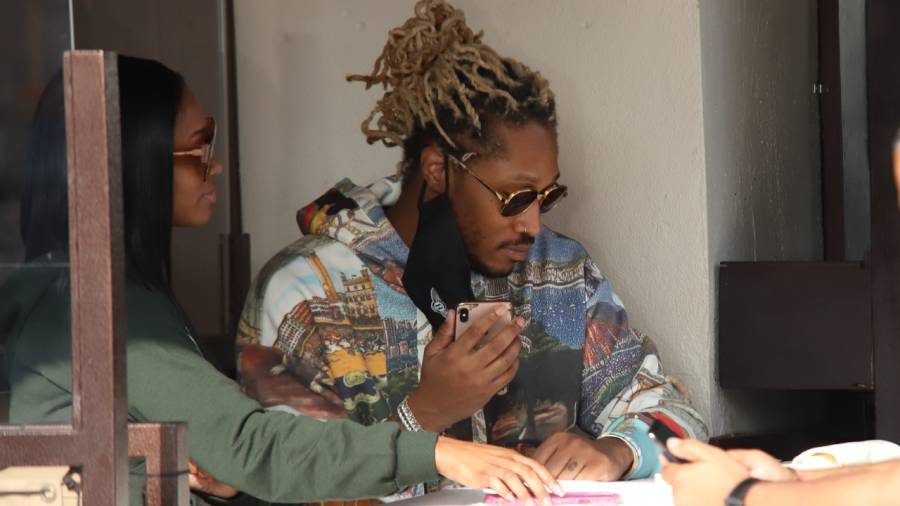 Future previously admitted he makes sure cop all of his women an Audemars Piguet (AP) watch – and now his rumored new boo Dess Dior has been spotted wearing one.

The burgeoning rapper sported the ice on her 22nd birthday on Monday (November 2) after she’d been seen out and about with Future over the last few weeks. Even on her birthday, the “Life Is Good” rapper was spotted in the cut with her at an Atlanta club.

#PressPlay: Oop!! It looks like some of our #Roommates may have spotted #Future chillin’ in the background as #DessDior turned up in the club and celebrated her birthday and new single!! ? (SWIPE)

Dior is best friends with Lil Baby’s girlfriend Jayda Cheaves and has grown a following through her appearances and growing rap career. Her June single “Talk To Me” is nearing 500,000 streams on YouTube and her Instagram account just surpassed the one million follower count. Her birthday party also doubled as a song release, celebrating her new record “Rich Bitch” hitting all streaming services.

Ever the playboy, Future was last linked to Steve Harvey’s stepdaughter Lori Harvey, but the pair seemingly went their separate ways over the summer after being on and off for around two years. In the meantime, he’s been busy with a child support war over his seventh child, Reign. For the moment, a judge temporarily awarded Reign’s mother, model Eliza Seraphin, $3,200 a month in child support.

Watch Dess Dior’s video for “Talk To Me” below.