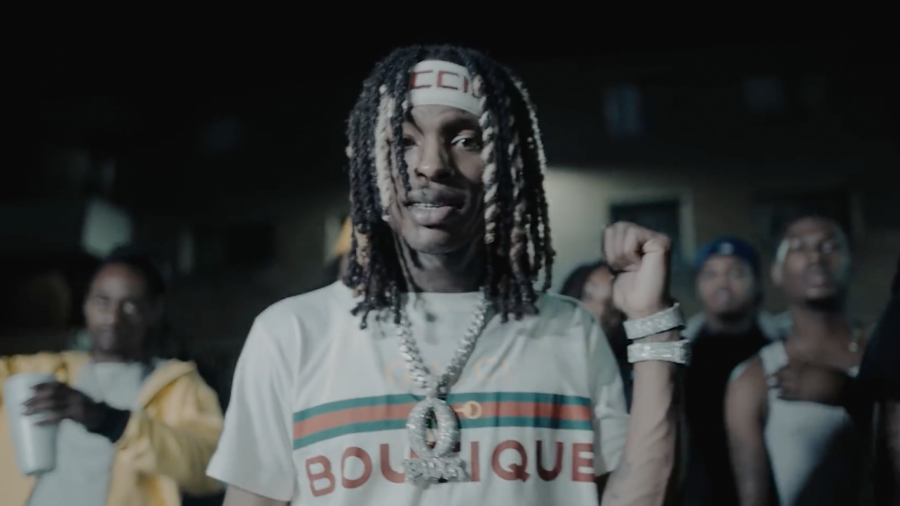 Many people were surprised to see Akon collaborating with Tekashi 6ix9ine following his return from prison — including King Von. Almost two months after their “Locked Up Pt. 2” track was released, the Chicago-bred rapper admits he’ll never be able to forgive the “Lonely” artist for teaming up with 6ix9ine.

A fan then responded to the tweet saying 6ix9ine lives “rent-free” in the heads of artists in the Only the Family collective.

“Who?” Von replied. “Get yo dick sucking ass on. U love everybody scary-ass n-gga.”

He added in a separate tweet, “Every Snitch in the World Hate Me. And the Feeling is Mutual.”

Who? Get yo dick sucking ass on. U love everybody scary ass nigga

Every Snitch in the World Hate Me. And the Feeling is Mutual.

Despite the original “Locked Up” being a smash hit across the world in 2004, “Locked Up Pt. 2” failed to make an impact on the Billboard Hot 100 chart when it dropped in September. Akon also featured on another song called “Leah” on 6ix9ine’s TattleTales album.

King Von released his new album Welcome to O’Block on Friday (October 30) with features from Lil Durk, Polo G, Moneybagg Yo, Fivio Foreign, Dreezy and Prince Dre. On one of the two Durk collaborations, “All These N-ggas,” Von name-drops Tekashi 6ix9ine during the second verse.

“Everything I say, I mean it, 6ix9ine he say he seen’t it/They know King Von a demon, super cold that boy anemic,” he raps.

In August, Von revealed he was fully against 6ix9ine’s trolling in Chicago (and specifically O-Block) to promote his TattleTales project.

“That shit with 6ix9ine – that shit ain’t cool,” he said on Instagram Live. “I don’t know. They got this man running around thinking it’s funny and shit. That shit ain’t funny, gang. ‘Cause it’s like this – I don’t know the n*gga, gang. I don’t give a fuck about the n*gga 6ix9ine.”

He continued, “I don’t know him. But he told on all type of people and got people locked up and shit. That’s people family members and shit. And people gotta take care of them people. And them people got kids. I heard he told on a lot of people. I know it’s people who probably ain’t did shit to him and he told on them and shit, you know?”

Stream Welcome to O’Block above and revisit 6ix9ine and Akon’s studio session below.