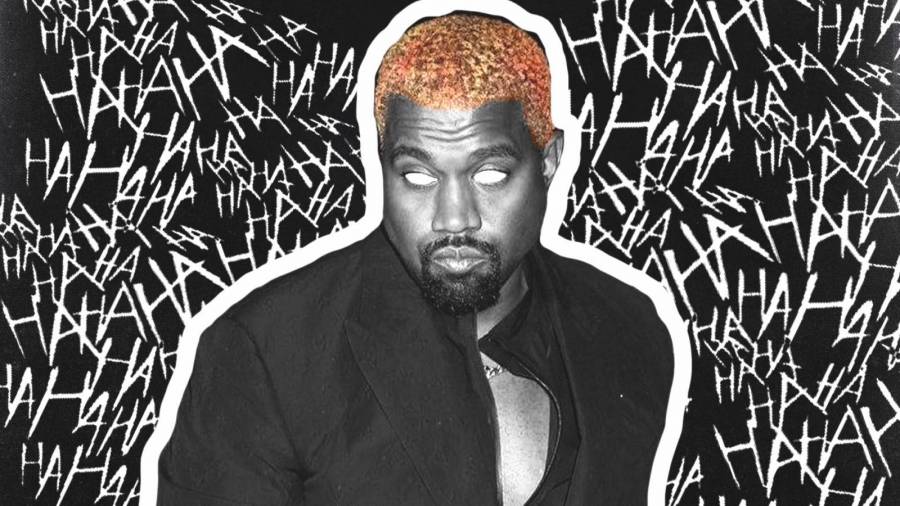 The Kanye West Nobody Cares About

Especially when it comes to his music.

They were willing to put up with his random rants during concerts, chalking it up to his mental illness. Some could even stomach his White House meeting with Donald Trump last year while supporting the Jesus Is King album and his latest adidas collab.

But now? Now people are tired of him. They’re tired of hearing about his narcissistic run for president. They’re tired of his tear-filled, pro-life diatribes and seemingly endless, often incoherent Twitter sprees. In fact, Hip Hop fans barely batted an eyelash when he dropped his new single “Nah Nah Nah” on Tuesday night (October 14). Nobody’s talking about it. Nobody’s tweeting, “Hey, you hear that new Kanye?”

THE WHOLE TEAM IS SO ENERGIZED THAT I HAD TO RELEASE THEME MUSIC NAH NAH NAH pic.twitter.com/p3NhTV11cN

But if this was, say, 2005 and Kanye had just dropped Late Registration, Kanye fandom would be at an all-time high. Back then, he could do no wrong. That was Kanye in his prime. Kanye pre-Kardashian. Kanye pre-MAGA. Kanye pre-“We Miss Old Kanye” rhetoric.

But those days are over. Kanye has successfully alienated some of his most ardent supporters and in their place, detractors have sprouted up left and right, those who love to see Ye fail. Morally questionable or not, it’s more fun to mock Kanye than it is to jump on the Ye train in 2020.

And it’s showing in his album sales too. Ye’s aforementioned sophomore effort debuted at No. 1 on the Billboard 200, selling over 860,000 copies in its first week. Subsequent albums Graduation, 808 Heartbreak, My Beautiful Dark Twisted Fantasy and Watch The Throne with JAY-Z continued topping the charts, resulting in millions of sales.

Over the last seven years, Yeezus, The Life of Pablo, Ye and Jesus Is King have also hit the chart at No. 1, but the first-week numbers were nowhere near where they were in the past. Ye, which was released in 2018, reeled in around 208,000 total album equivalent units while JIK hovered around 264,000. Sure, those are numbers any aspiring rapper would dream of having, but this is Kanye we’re talking about. A 21x-Grammy Award winner who urinates on them like it’s nothing. A relentless creative force — not just anyone.

Speaking of albums, Kanye has been dangling his 11th studio album — the tentatively titled Donda: With Child — in front of people’s faces for months. In early July, shortly after dropping the video for “Wash Us In The Blood” featuring Travis Scott — he touted a July 24 release date, only to disappoint whatever’s left of his fans again when it didn’t drop.

This has become a trend over the past few years as his album rollouts have become increasingly messy. The listening party for Ye was held at his Wyoming ranch in 2018 and all types of industry types flew out to hear this “masterpiece” Kanye thinks all of his albums are. But as the clock struck midnight EST, the project didn’t surface and instead of an album, people sat around listening to the sounds of crackling bonfires and fingers furiously typing on laptops for hours. While Ye ultimately popped up on streaming services the next day, that was time people couldn’t get back.

Then came Jesus Is King, which was arguably the sloppiest rollout of his career — multiple name changes, brief TIDAL exclusivity and songs getting tweaked after it was put up on all DSPs was enough to make Jesus Christ himself roll over in his tomb.

When Kayne does decide to unleash Donda: With Child, God’s Country or whatever the hell it’s going to be called, there will inevitably be some kind of snafu that will, once again, not surprise anyone.

Then there’s that whole “KANYE FOR PRESIDENT 2020” debacle. Ye infuriated a gaggle of Democrats (and likely some Republicans, too) on the Fourth of July when he announced he was running in the 2020 election as a member of (sigh) The Birthday Party — is he just trying to steal votes from Joe Biden to help get Trump re-elected? After all, he’s sported the infamous red MAGA hat on numerous occasions and never hid his admiration for the former (current?) reality television star. The White House meeting, the photo opps, the tweets … wow, Kanye was on one, right?

But during an interview with Forbes, Kanye proudly proclaimed he was “taking the red hat off,” seemingly disavowing his allegiance to the sitting president. But is it all a ploy? According to TMZ, California Republicans are eating this moment up and admitting to using Kanye to steal votes from Biden.

Earlier this month, Ye was actually chosen to run as Vice-President in the California election by the American Independent Party (AIP). Vice Chairman of the AIP Markham Robinson flatly stated party leaders chose Kanye to be on the ticket with AIP presidential nominee Rocky De La Fuente as an anti-Democratic strategy. They allegedly want to “help siphon” votes from Biden to increase the likelihood of a Republican remaining in the White House.

While Kanye did elicit some mixed emotions (part pity, part “ugh”) after his wife Kim Kardashian addressed his bipolar disorder on social media, people’s willingness to ignore him has appeared to only increase — and that’s with his new partnership with Gap (which who knows if the company is kicking themselves for linking up with a loose cannon) and his god awful Yeezy slides.

So if Kanye’s disastrous album rollouts, temper tantrums and failed promises weren’t enough to make fans run the other way, his bid for president had to do it. That is, unless some of you actually want a racist narcissist to remain in office.

Either way, Kanye continues to be a spectacle — mental illness or not — but it’s a spectacle people are ready to kiss goodbye.