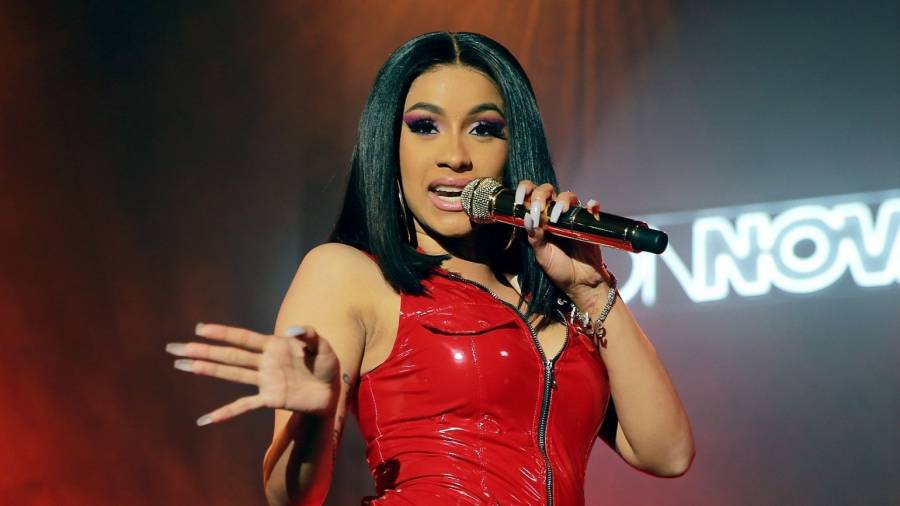 Cardi B Slammed For Packed Birthday Party During COVID-19 Pandemic

Cardi B hosted a wild party for her 28th birthday over the weekend — despite the COVID-19 pandemic. On Sunday (October 11), the multi-platinum-selling artist shared an Instagram photo of herself facedown on the floor, apparently after drinking herself into a stupor. As indicated by the photo, dozens of party goers whipped out their phones and started laughing as she laid there.

But some of Cardi’s 76.5 million Instagram followers noticed a couple of things missing from the photo — social distancing and masks. Although one person in the photo was masked up, the rest of them were happily mask-free and packed into the photo like sardines.

Comments such as “bruh that’s so irresponsible y’all forget we are in a worldwide pandemic” and “so celebrities don’t think social distancing applies to them too” started to litter the post as more and more people pointed out how careless the party was.

“Is there not Covid,” one remarked, while another asked, ‘Y’all got a cure for coronavirus? I’m confused.”

For Cardi, she was apparently just trying to have a little laugh at her own expense, writing in the caption, “I don’t know … blame it on Tommie & JT.”

The Grammy Award-winning rapper is currently in the middle of a divorce from Migos member Offset, although some questions have been raised in the wake of her birthday weekend. Cardi filed court docs with Fulton County Superior Court last month citing “irreconcilable differences,” but the father of her daughter Kulture was very much present during the celebration.

He even showered his estranged wife with a $330,000 Rolls-Royce for her birthday, perhaps in an attempt to win her back. After all, he’s pulled a similar stunt before. Following their temporary split in December 2018, Offset showed up at Rolling Loud Miami and crashed Cardi’s set with an elaborate flower arrangement and an apology. The move worked and the two ultimately reconciled. Only time will tell if the divorce will actually be finalized.

But one thing is clear — Offset misses “MRS. WAP,” which he noted in an Instagram post over the weekend.