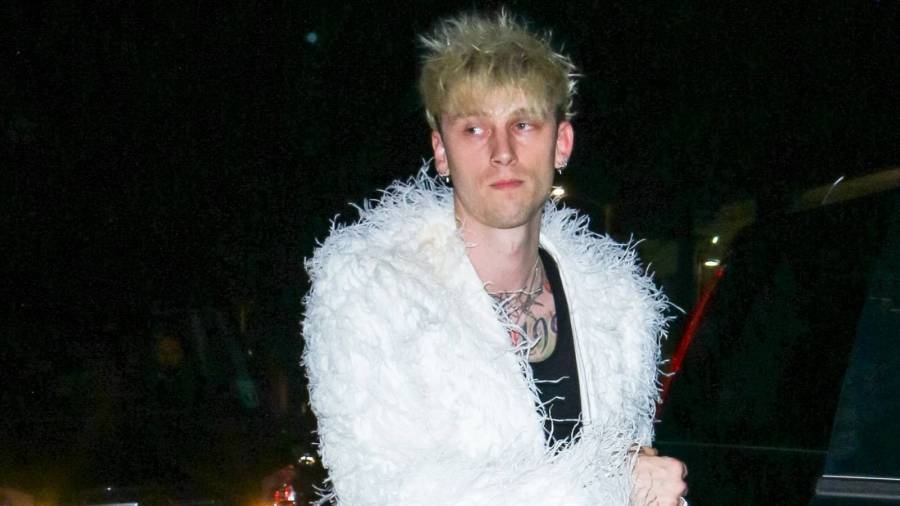 A couple years have passed since Machine Gun Kelly and Eminem went back and forth with diss tracks, but it appears there’s still bad blood between them. In an interview with Howard Stern on Wednesday (September 23), the Cleveland rapper reflected on their feud and why he responded.

“I don’t feel any type of way about it,” he said. “I’m like asleep on my tour bus and this fucking guy drops an album with like three songs consecutively talking about me. What the fuck you think I’m going to do, just fucking roll over and go back to sleep? I said what I said. Respect the fight, that’s it.”

MGK said if he had “god damn wealth beyond” like Marshall Mathers, he wouldn’t even bother going after other rappers.

“I’m just a different type though man,” he claimed. “I’m all about putting my arm around people. I’m not with doing this to people, so I can’t relate. The last thing I wanna ever be is an angry legend.”

Stern stated how Em and MGK have similar backgrounds and joked about reuniting the pair of them for a “lovefest.”

“You know what’s so sad in this?” Stern said. “You two guys have more in common. His upbringing is completely fucked up, your upbringing is fucked up. You two guys, if you got a room together, I’d say, ‘Listen you two, look at the similarities here, drop this fucking thing already,’ you know what I mean? I really would. I’ll ambush you with Eminem and we’ll have a whole lovefest, it’s gonna be a beautiful thing, and I’ll put it on TV and make a lot of money.”

MGK, whose new album Tickets to My Downfall drops on Friday (September 25), didn’t say anything but he burst into laughter.

The timeline of their beef dates back to 2012 when MGK tweeted about Em’s daughter Hailie, saying, “ok, so i just saw a picture of Eminem’s daughter… and i have to say, she is hot as fuck, in the most respectful way possible cuz Em is king.”

In 2018, Eminem decided to call out Machine Gun Kelly for his comments on the song “Not Alike” off his Kamikaze album.

“Next time you don’t gotta use Tech N9ne if you want to come at me with a sub, Machine Gun/I’m talking to you, but you already know who you are, Kelly/I don’t use sublims and sure as fuck don’t sneak-diss/But keep commenting on my daughter Hailie,” he said.

MGK then hit back with the diss song “Rap Devil,” rapping, “Tough talk from a rapper paying millions for security a year/I think my dad’s gone crazy,’ yeah Hailie you right/Dad’s always mad cooped up in the studio yelling at the mic/You’re sober and bored, huh (I know)/About to be 46 years old, dog.”

“Wait, you just dissed me?/I’m perplexed/Insult me in a line, compliment me on the next, damn/I’m really sorry you want me to have a heart attack/I was watching ‘8 Mile’ on my Nordic track/Realized I forgot to call you back/Here’s that autograph for your daughter/I wrote it on a Starter cap,” he rhymed.

Since then, Shady and MGK have continued to take jabs at each other in songs, interviews and live performances.