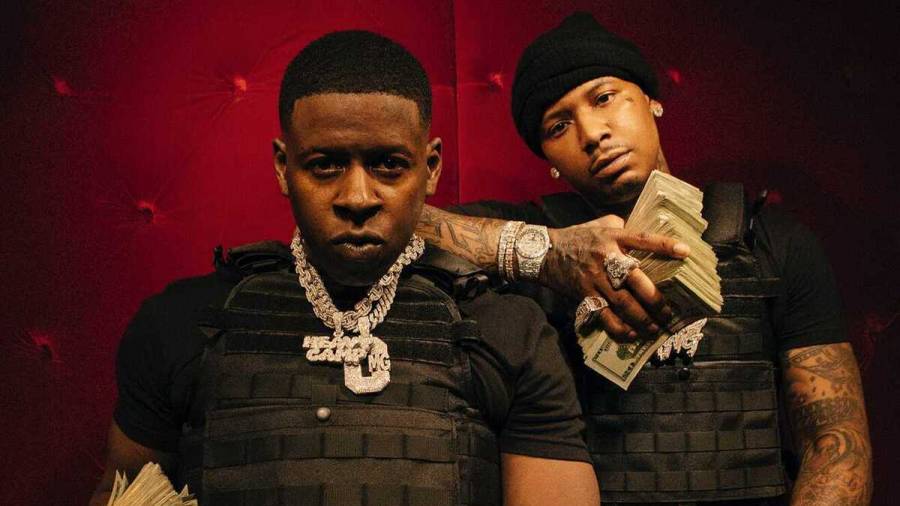 Las Vegas, NV – Blac Youngsta was asking for trouble prior to the shooting that occurred during Moneybagg Yo’s birthday party on Tuesday (September 22). The Memphis-bred rapper hopped on Instagram to challenge someone to a shootout the same day shots were fired outside the Aria Resort & Casino in Las Vegas.

“Where you pussy-ass niggas at?” he said in the clip. “Let’s have some fun. Let’s have a shootout. Let’s do something, nigga. C’mon bitch, pull up.”

Earlier yesterday.. #blacyoungsta who was also in Vegas celebrating #moneybaggyo birthday with him said this

According to the Las Vegas Review-Journal, Las Vegas police Capt. Dori Koren says Moneybagg Yo was having a party at the Aria and went outside to receive a birthday present. Once the Interscope Records rapper made his way to the valet section to see his new Maybach SUV, a crowd of 80 to 100 people gathered around the area.

The gathering led to an altercation, which resulted in shots being fired.

“That fight, it turned into a shooting where one person was struck with gunfire in the leg,” Koren said. “A non-life-threatening injury.”

Welcome to Las Vegas… Shooting at the Aria thanks to Sisolak’s new approved visitors! pic.twitter.com/eHOX259vur

The victim has since been released from the hospital, but the shooter remains at large. Koren says the triggerman is a male and police have “really good leads” despite not sharing details about the man’s identity.

“We are confident we will hold this person accountable for the shooting,” the police captain stated.

Moneybagg Yo has denied being the target of the shooting but confirmed he was in Vegas on Tuesday night.

“Shot at who?” he asked in a video posted on social media. “Ain’t no muthafucka shot at us, mane.”

Moneybagg Yo and Blac Youngsta recently teamed up for a collaborative mixtape titled Code Red. The 13-track project was released on September 18 and includes guest appearances by DaBaby, City Girls and Yo Gotti, among others.